The grand finals of Wild Rift SEA Championship by ESL Mobile Challenge is coming close this 3 October 2021, and kicking off the opening ceremony is K-pop girl group Aespa.

Aespa is a group from South Korea, formed by SM Entertainment. The group made their grand debut at the end of 2020 and are currently dominating the global music chart with their latest hit Next Level. The group will be performing Next Level at the grand finals.

“​​Over the past two years, Riot has quickly ramped up to be more than just a video games
company. We have been increasingly active in the music space, with our virtual bands K/DA
and Pentakill both releasing new EPs over the past year. Esports fans are no stranger to our
music efforts either, with MNL48 opening the Wild Rift SEA Icon Series Summer Super Cup
earlier this June. We are now thrilled to announce Aespa’s showcase for the Wild Rift SEA
Championship Grand Finals and we hope to continue delighting fans across the region with the
highest quality of entertainment,” said G. Justin Hulog, General Manager of Riot Games
Southeast and Taiwan.

The grand finals will see eight teams battle it out to take the champion title home. The finals will be broadcasted in English, Tagalog, Bahasa Indonesia, Bahasa Malaysia, Mandarin, Vietnamese, Thai, and Cantonese.

Broadcasts will begin at 12:30 PM SGT, with the first match starting from 1:00 PM SGT. The matches will also be live on Twitch, Facebook, and YouTube on Riot SEA’s official channels as well as on the official partners’ broadcast channels. 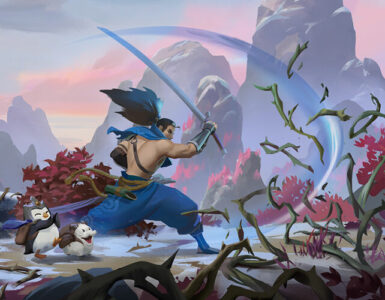