Joss Whedon has endured somewhat of a tumultuous 2020, to say the least. After a string of allegations regarding his on-set antics on his previous projects in Justice League and Buffy the Vampire Slayer, the filmmaker has decided to throw in the towel and step down from his director role on HBO’s sci-fi drama series The Nevers.

Here’s what Whedon revealed to CinemaBlend in an exclusive statement:

“This year of unprecedented challenges has impacted my life and perspective in ways I could never have imagined, and while developing and producing The Nevers has been a joyful experience, I realize that the level of commitment required moving forward, combined with the physical challenges of making such a huge show during a global pandemic, is more than I can handle without the work beginning to suffer.

I am genuinely exhausted, and am stepping back to martial my energy towards my own life, which is also at the brink of exciting change. I am deeply proud of the work we have done; I’m grateful to all my extraordinary cast and collaborators, and to HBO for the opportunity to shape yet another strange world. The Nevers is a true labor of love, but after two plus years of labor, love is about all I have to offer. It will never fade.

Despite Whedon’s departure from The Nevers, which he co-wrote with fellow Buffy alumni Jane Esperson and Doug Petrie, HBO maintains that the series is still on track to release in Summer 2021. Here is HBO’s statement regarding Whedon’s stepping down:

We have parted ways with Joss Whedon. We remain excited about the future of The Nevers and look forward to its premiere in the summer of 2021.

Whedon has yet to announce any future projects that he might be part of.

The Nevers is a science fiction drama set in the Victorian era, where a group of supernaturally-powered women called the Touched hone their unique abilities and undertake a potentially world-bending mission while fighting other supernatural entities. It stars the likes of Laura Donnelly (Outlander), Olivia Williams (Miss Austen Regrets), Pip Torrens (The Crown), James Norton (Grantchester), and Ben Chaplin (The Children Act).

The Nevers will premiere on HBO in Summer 2021. 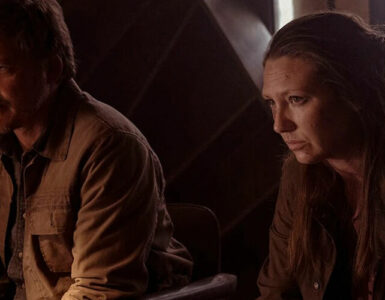