Created and written by Fool and Scholar Productions, the Dungeons & Dragons podcast Dark Dice has a new addition to the cast and he’s none other than celebrity Jeff Goldblum.

The Dark Dice podcast was initially a traditional session of D&D complete with rules, dice and everything necessary before it was condensed and performed with additional voice acting, original music and even sound effects.

The iconic actor renowned for his role in Jurassic Park will be joining the free podcast officially on 12 May.

Co-creator of Dark Dice, Travis Vengroff said that Fool and Scholar were focused on traditional audio dramas before their well-received D&D-themed adventure took off and sparked a whole new series. The short adventure that survived longer than the creator thought included horror actors from Germany, Iceland, England, and America.

The coming season will pick up where the previous story left and adds a second group of new adventurers to the play, including Goldblum’s Balmur, an elven sorcerer. Both stories will bring the two parties together and collide in an epic conclusion where they square off against each other.

It looks like D&D publishers Wizards of the Coast are also supportive of the project as senior communications manager Greg Tito shared on his Twitter.

The first episode of the new season is already available for download and features players from the previous season. 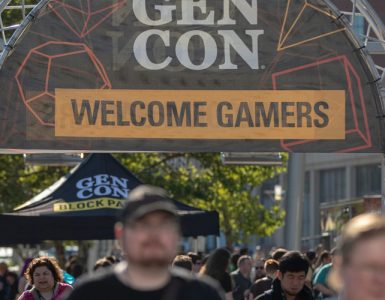 Nothing brings the family together for the festive season better than rolling some dice at the table.