Unfinished works and hiatuses aren’t uncommon in the world of manga, but it appears popular series Hunter x Hunter might actually return to the fray. After a four-year hiatus, Yoshihiro Togashi, the manga artist (or mangaka) behind the battle shonen anime, took to Twitter to give an update.

The post, which appears to show the edge of an in-progress manga sketch, comes with a caption that roughly translates to “four more episodes for the time being.” It has amassed over 966,000 likes and 316,000 retweets, and serves as Togashi’s very first tweet.

The sudden surprise caught fans off guard, with some of them suspecting the authenticity of the account. That’s a valid concern, considering that the mangaka’s username features a string of random numbers and letters, similar to the fake accounts on the platform. There’s also no sign of the Twitter verification badge, but fellow mangaka Yusuke Murata, best known for creating One Punch Man, has confirmed that both Togashi’s identity and information are legitimate.

In a quote retweet, Murata said that he was “with the man himself,” which lends credibility to the tweet. An update by Nibel, a Twitter source for gaming and entertainment news, later offered additional details: “Just to clarify: it seems like Togashi is finishing up an entire new volume for HxH, so expect at least ~10 chapters,” reads the user’s follow-up comment. “It’s not clear when HxH will exactly return and what will happen beyond the expected number of upcoming chapters.”

Despite the lack of details and a release window, a Hunter x Hunter comeback certainly spells fantastic news for manga fans, who aren’t new to shelved releases and long hiatuses. Dark fantasy manga Berserk, for instance, was delayed multiple times and will now remain unfinished after its creator Kentaro Miura passed on last year. Boxing series Hajime no Ippo is another example, with chapters going live too irregularly that it becomes difficult to keep up with the latest happenings.

These instances of delays and hiatuses are oftentimes no fault of the mangaka, but a result of health deterioration. Creating manga, after all, is a labour-intensive process, and the need to hit strict deadlines is a source of constant stress. Back-related ailments, a consequence of spending long hours hunching and drawing manga, are common among mangaka, and Togashi himself is no exception.

Hunter x Hunter was first published in Weekly Shonen Jump in 1998 and went into hiatus in 2018. It follows the story of Gon, a “hunter”, in his long-running quest to find his father, and has sold over 79 million copies in circulation. 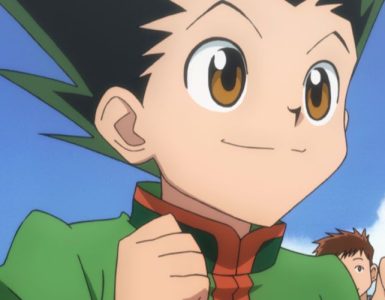