How Will COVID-19 End? World of Warcraft’s Corrupted Blood Incident Might Shed Some Light

The COVID-19 coronavirus outbreak in recent months has been quite the thorn on the sides of many nations. Aside from the thousands of confirmed cases and counting, there have also been a number of high-profile events, including various movie productions, and the likes of Mobile World Congress and E3 2020, which have been cancelled to contain the spread.

While many medical staff and scientists are risking their lives on the frontlines to find a cure fast, perhaps it might be appropriate to bring up a case study from a very unlikely source: World of Warcraft. More specifically, a notorious event known as the Corrupted Blood incident.

Back in 2005, the Corrupted Blood incident was a period in time where a server-wide pandemic afflicted majority of the MMORPG’s players, severely crippling gameplay and the player base as a process. While no actual players were affected by the virtual virus (of course, because how can a series of code infect one’s immune system?), it would go down in history as one of the most interesting periods of early WoW.

Many who played Vanilla WoW would remember the fateful day of 13 September 2005, when a curious little patch called 1.7.0 was released. With it came a new area named Zul’Gurub in Stranglethorn Vale, in which players would eventually square off against a powerful raid boss named Hakkar the Soulflayer. One of Hakkar’s abilities was a debuff spell called “Corrupted Blood” that inflicted a constant health drain on players.

The issue here was that the debuff can also spread to nearby allies.

While this spell did contain the basis for a virtual pandemic, it wasn’t intended as such, as it was made to only last during the raid itself. However, there was a programming oversight that caused the Corrupted Blood debuff to be carried over in the pets of Hunters and Warlocks once the instanced raid was over, meaning that it could be spread to other players elsewhere in the game.

So something like an animal to player transmission but virtually. Hits close to home.

And guess what? It did. The debuff affected players of all levels, and due to the high amount of damage over time dealt, it killed lower-level players within seconds, and higher-level ones having to constantly heal themselves, if not they’d end up a corpse on the ground as well.

More alarmingly, Corrupted Blood could affect NPCs too, which was another way in which the debuff spread like wildfire across the servers. As a result, what used to be quest hubs or regular grinding areas were soon deserted, with many more becoming infected simply by hunting monsters in these areas. Said areas had to be quarantined, with players behaving as they would in real life. This meant avoiding high traffic quest hubs and keeping out of major cities.

The worst part was when word got out that Corrupted Blood was running rampant, players on servers yet to be affected by the plague attempted, with success, in recreating the mayhem.

In an act of virtual altruism, higher-level players volunteered to set up healing stations to try to stymie the virtual plague.

Corpses literally littered the streets, with the death toll increasing exponentially by the day. Blizzard had to resort to using hard resets on the servers to eradicate the Corrupted Blood plague.

But that wasn’t enough. So the company instead applied a hotfix to make pets unable to be affected by Corrupted Blood totally, thereby placing a stop to the epidemic entirely.

The Corrupted Blood incident was hailed as one of the most infamous events in gaming history, but also in the real world. The way in which the one-month virtual plague occurred was so true-to-life that it caught the attention of scientists and doctors, who used it as a case study to help battle real-life diseases, to great effect.

Aside from the fact that this all happened in a game, it does sound familiar to what we are experiencing right now. Though no cure has been found yet, many areas had to be quarantined to hopefully contain the spread. Even Italy, who recently suffered a major COVID-19 outbreak, had to perform a nation-wide lockdown to ensure it doesn’t suffer any more losses.

Back then, WoW‘s player base was only 2 million, and already Corrupted Blood felt like a major pandemic. Our world today consists of roughly 7.8 billion people, but any loss from COVID-19 is still massive, as we don’t have the luxury of respawns.

In fact, the incident was studied by epidemiologist seeing how some player actions might be representative of how some might act in real life.

We’re not kidding, this entire incident was true, and it’s a rather fascinating read overall. 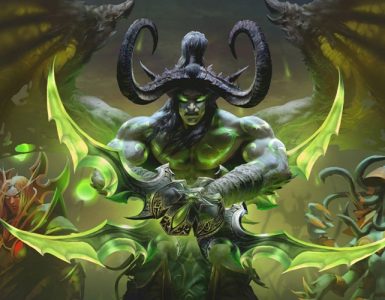 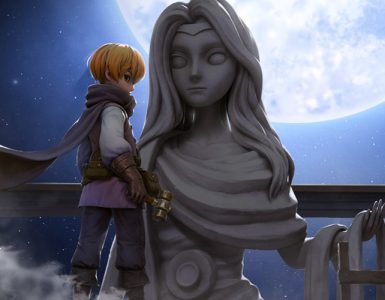 Shatter your reality and sculpt your legacy!