Every weekend usually brings a lull in the video game world, but this week was an extreme exception when it comes to news and leaks, as alleged footage of Rockstar Games‘ Grand Theft Auto 6/GTA 6 surfaced on the Internet, courtesy of a user on the GTAForums.

About 90 videos were posted online, supposedly from a test build of one of the most highly anticipated games of all time, and running with  “GTA 5 and 6 source code and assets.”

The GTA 6 footage seems to confirm what was previously speculated about the upcoming game, with both a female and male protagonist as part of the proceedings. While there are placeholder assets and unfinished content in the footage, it does seem like it would fit right into a Rockstar game.

The GTA 6 footage validity has now been confirmed by Bloomberg’s Jason Schreier.

“Not that there was much doubt, but I’ve confirmed with Rockstar sources that this weekend’s massive Grand Theft Auto VI leak is indeed real. The footage is early and unfinished, of course. This is one of the biggest leaks in video game history and a nightmare for Rockstar Games,” Schreier explained.

Even so, it is likely that the footage from these GTA 6 leaks is of very early builds, with some even running on a PlayStation 4 dev kit. Considering that Rockstar tends to take its time to build out its games, it won’t be a surprise if we only see the actual title in the far future, with 2025 a potential year where it could happen.

Nevertheless, this remains one of the biggest leaks in the industry’s history, one whose ramifications remain to be seen. While it can be exciting to get an early look at games in development, it may elicit unwarranted expectations and set things back for the developers trying to do their job. Here’s hoping Rockstar’s security is up to snuff, and that the more recent development work is unaffected. 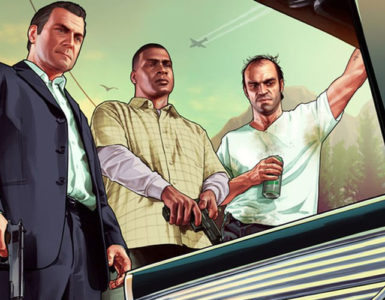