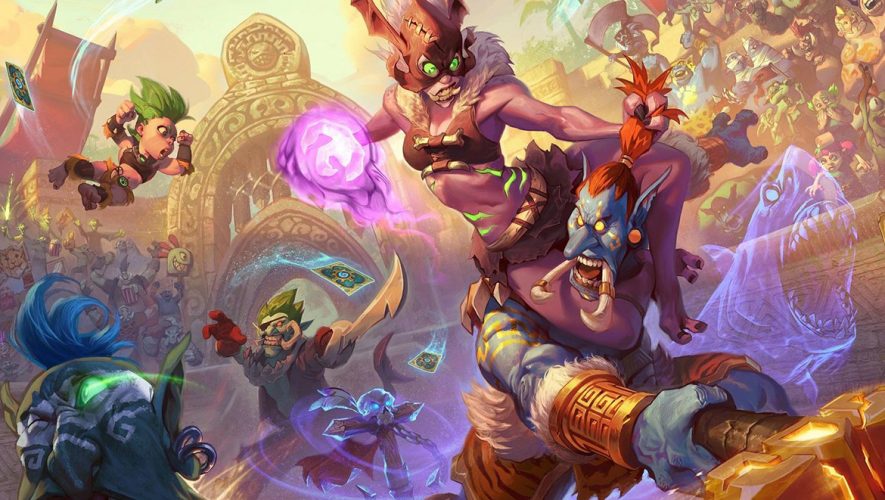 With the arrival of their latest expansion, Rastakhan’s Rumble, Hearthstone gave players 135 new cards to play with. It also introduced them to Rastakhan’s Rumble’s free single player mode, Rumble Run which, along with the Arena, just received several updates to help shake things up a little.

Firstly, Hearthstone developers have adjusted the appearance rate of each individual cards that are available in the Arena. This is to help ensure that the overall win-rate of each class remains as close to their ideal as possible, at 50%.

For Rumble Run, the developers have made changes based on observing players fighting each other for the champion’s spot. One change is that they have increased the possibility of synergistic cards in the player’s shrine appearing more often. By adjusting the card bucket offerings for decks and re-adding bonus buckets, Hearthstone hopes to better showcase the nin troll champions and have the players get to know them better.

As one of their design goals with Rumble Run was to let players experience huge, overpowered combat, it is important, yet also a challenge, to find a way to balance combats at such a high-level. Hence this time, they have decided to prune some of the power from overpowered boss decks, making Rumble Run easier, but an overall fairer experience. In past iterations of Rumble Run, players were allowed to pick a class and shrine before playing. What followed were players who gravitated to a certain shrine and played that one shrine exclusively.

To solve what they saw was an issue and encourage players to try other shrines, Hearthstone implemented a random shrine drafting system.

The random shrine drafting system ended up removing the feeling of mastery amongst players, which is why Hearthstone is bringing it back with their latest update. According to Hearthstone’s blog update, ‘whenever a Run is lost, the player will always be offered the shrine they just lost with. The shrine that the boss used to beat the player in their last run will continue to be offered as well.’

A game that listens to its players and grows accordingly will always be appreciated, and so Hearthstone’s latest update is sure to please fans and who knows, maybe earn them a few new ones.