The 92nd Academy Awards was certainly an eye-opener, with South Korean director Bong Joon Ho’s drama Parasite scooping up four awards, including Best Picture – a first for a non-Western feature film to have done so.

Recently, HBO has ordered Parasite to series, and is currently in the “early stages of development”, in a recent statement issued by the network. And as it turns out, Collider claims that Mark Ruffalo could be in the running to star as one of the main characters.

Though nothing concrete was gleaned, sources close to Collider have pointed out that Bong himself, who also nicked the Best Director award at the Oscars, personally contacted the Avengers: Endgame and Spotlight star to be part of the Parasite TV series.

Despite the allusions, HBO declined to deny nor confirm this, but concluded that any form of speculation regarding the casting of the Parasite adaptation is “wildly premature” at the time being.

“The HBO limited series inspired by Parasite is in the early stages of development, and to speculate on any characters or casting is wildly premature.”

HBO’s statement to Collider on the casting of the Parasite TV series.

In any case, if Ruffalo were actually to be cast for Parasite, it could be an absolute win for everyone, as the 43-year-old, who, in these days, is synonymous with the MCU as Bruce Banner/The Hulk, has shown a good bit of depth in his Oscar-nominated performances in Foxcatcher, The Kids Are Alright, and the aforementioned Spotlight.

A release date for Parasite has yet to be announced.

READ ALSO:  StarHub TV+ Offers Streaming Entertainment All In One Place From Just S$15 Per Month

DC's strangest group of heroes are back for more misadventures. 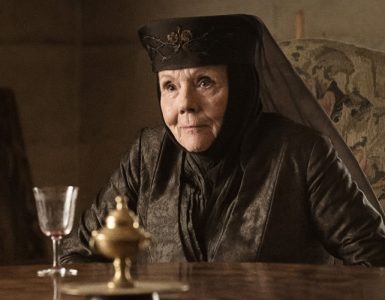 A true queen. You will be missed.