Hardcore PUBG Players, Here’s the Perfect Keyboard for You

The electric field is closing in, the circle shrinking. You suit up with the SCAR-L, look around the seemingly empty surroundings, and break into a run upon seeing nobody in sight. There’s an abandoned warehouse nearby, and you reach out to open the door…

…only to get shot right in the face by a camper.

It’s a common sight in PlayerUnknown’s Battlegrounds, made even more frustrating if you’re one of the five, or maybe three, survivors left. And for those who lack those FPS chops, the dream of dishing out chicken dinners is merely that – a dream, hardly becoming a reality.

Perhaps an ego boost is in order, courtesy of Chinese company Varmilo’s Chicken Dinner keyboard. With the famous “Winner Winner Chicken Dinner” tagline, and the much-coveted position of “#1/100” space bar, the smell of victory has never been stronger.

Adorned with keycaps of the black, white, and gold colour scheme, this unofficial PUBG keyboard is the ultimate declaration of a player’s love for the battle royale shooter. It goes beyond just the appearance, however, as the keys are specifically labelled with icons to reflect the default in-game shortcuts, which is especially handy for newer players.

The spacebar is the only one that seems to be a little out of place, and everything else looks pretty cool. The price is, unfortunately, not as cool, and getting one of these keyboards will set you back from anywhere between US$131 to US$169, depending on size and switch selection.

Having the Chicken Dinner keyboard does not give the same sense of satisfaction from actually emerging victorious after a particularly intense round of PUBG, but hey, at least it does make you feel a little better about yourself! 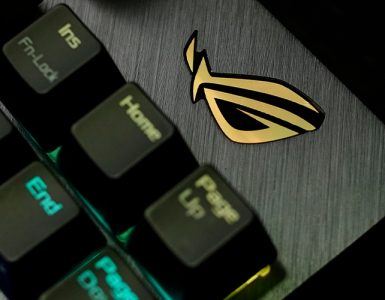 One of ASUS ROG's best keyboards just got even better. 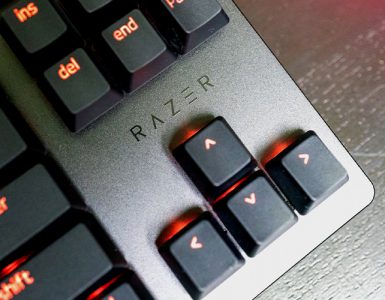 Precision at the lightest of touches.