Godzilla: King of the Monsters Unveils First Wave Of Images

Godzilla is a cult icon among the tokusatsu community, with a legacy spanning over 64 years and counting. The destructive, prehistoric monster has often been featured and referred to in pop culture, making countless appearances across all sorts of media, including an animated debut on Netflix. A terrifying creature that has squared up against many mighty opponents, its status as the King of Monsters is nothing but well-deserved.

That, in fact, forms the name of the upcoming Michael Dougherty-led movie, which serves as a sequel to the Godzilla reboot in 2014. Planned for a release on May 31, 2019, it also sets the stage for the epic King Kong vs Godzilla encounter in 2020, and the first look of it has made its way to Entertainment Weekly in the form of two photographs. 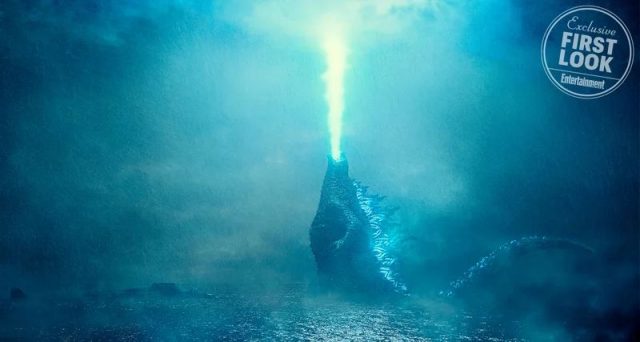 The first shows the awakened creature shrouded in mist, as it breathes blue flames into the sky as if to reinforce the walking terror that it is. Fittingly, the next one sees the film’s human characters Dr Emma Russell (Vera Farmiga) – a scientist working for the beast-hunting organisation Monarch – and her daughter Madison (Millie Bobbie Brown) looking on in what seems to be a mixture of shock and awe. 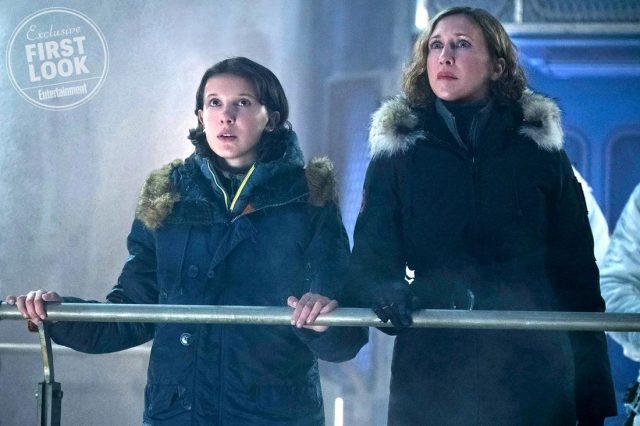 A brief synopsis of Godzilla: King of the Monsters reads:

The new story follows the heroic efforts of the crypto-zoological agency Monarch as its memebers face off against a battery of god-sized monsters, including the mighty Godzilla, who collides with Mothra, Rodan, and his ultimate nemesis, the three-headed King Ghidorah. When When these ancient super-species – thought to be mere myths – rise again, they all vie for supremacy, leaving humanity’s very existence hanging in the balance.

With the addition of Rodan and King Ghidorah, the movie is set to deliver the promise of having grand, epic battles. Dougherty, in particular, is looking forward to the audience’s reception on Rodan’s characterisation, stating:

Rodan’s been kind of a sidekick character, but I’ve always had a soft spot for him. In a lot of way he’s more powerful than Godzilla. He’s like this winged A-bomb. I think we’ve done him justice.

Both King of the Monsters and Kong vs Godzilla fall under a collaborative deal between Toho and Legendary Pictures that are effective till 2020, but that doesn’t mean there’ll be no more content for fans in the near future. Extensive plans for Godzilla’s future are already in the works, with the possibility of a shared universe for all these installments heading our way.

READ ALSO:  New Mad Max Prequel Is About Furiosa, But Charlize Theron Isn't In It 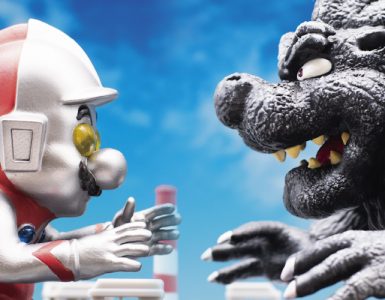 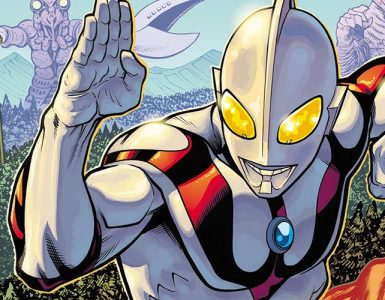 Ultraman Flies Over To Marvel Comics For Superhero Combo Wombo 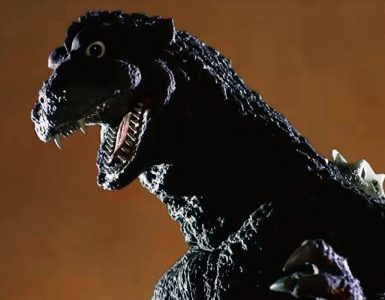 Now all we need is just a miniature-scale Atomic Breath.