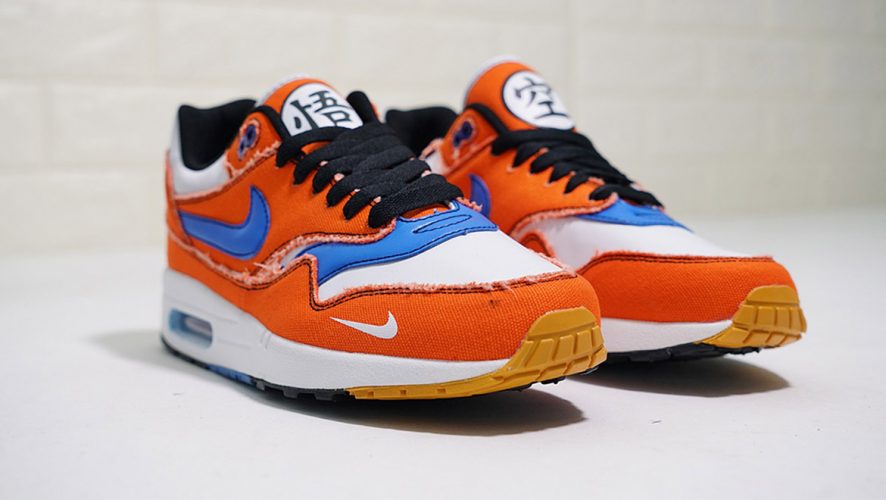 The world is no stranger to Dragon Ball Z-themed sneakers, considering the Dragon Ball Z  x Adidas collection that has been leaked/teased since the start of 2018. While fans wait patiently for the release of those shoes, graphic designer Matthew Walsh took matters into his own hands and crafted his very own custom pair of Nike Air Max 1 themed after Goku himself. 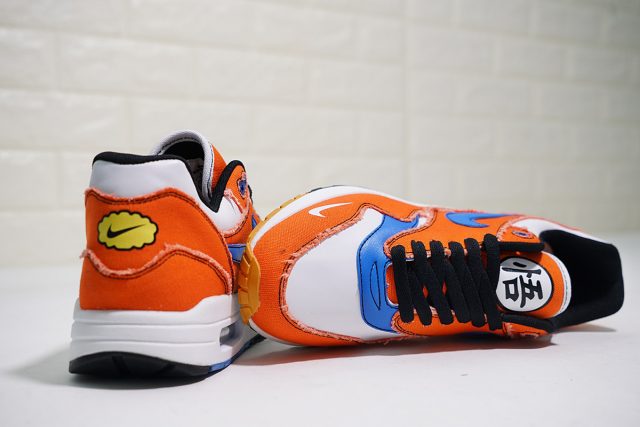 Inspired by Goku’s signature colours and outfit, the upper is adorned with distressed orange canvas to depict Goku’s tattered orange pants, and the blue and black of the laces and Nike swoosh mimicking his wristbands and hair. The tongue is topped off with the Kanji symbols for “Go” and “Ku”, the former being regularly seen printed on his uniform in the anime.

Walsh received such an overwhelmingly positive response after posting his shoes on Instagram such that he decided to make a limited edition run of the shoes for sale worldwide. Teaming up with bespoke Air Max 1 maker Vijz Restorations, each pair will be hand-made from distressed canvas and blue calf leather, and comes with a custom box, T-Shirt, and certificate of authenticity.

But here’s the catch – only 8 pairs are up for grabs, going at €800 (S$1,250) per pair. Yes, you read that right. A regular pair of Nike Air Max 1 retails at around S$200, so that is quite the hefty price to pay for some custom Goku kicks. If you’ve got some spare cash, then the shoes are currently still available at Vijz Restorations.