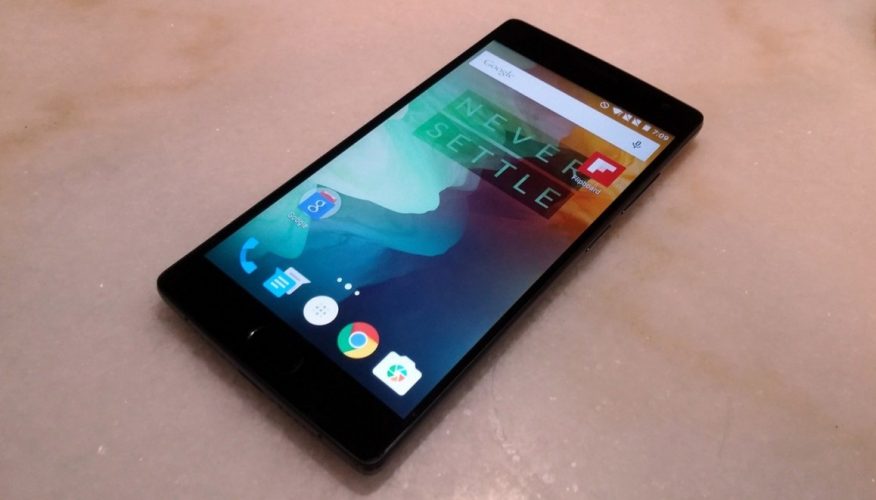 Getting Hold of the OnePlus 2

The OnePlus 2 is currently one of the most sought after Android phones on the market right now. Not because of its awesomeness but its sheer scarcity that only serves to drive up the hype even more.

The million dollar question right now that’s burning in the minds of the fans in this region is that invites should be given out on OnePlus’ social media channels. And, the OnePlus 2 will only be available with invite in the 4th quarter of 2015 to consumers in Singapore, Malaysia and Indonesia. Recommended retail price would be SGD$538 for the 64GB model.

Getting my hands on the phone at the media preview was a challenge by itself. Phones were limited and everyone wanted a piece of the pie. It gave me an impression that even laying your eyes on a OnePlus 2 might solve global warming and world hunger. Yes, the hype was pretty real.

My first impression of the OnePlus 2 camera was from the perspective of the above dude who was content at pointing the phone around at various objects without bothering to even take a snapshot with it. He’s probably the type that prefers to buy a long zoom lenses to take a peek at his subject as opposed to actual photography.

On a serious note, when he actually did take a picture, the camera was rather fast to focus in low light conditions and image quality was comparable to the iPhone to his left.

When my patience ran out, he was still content at pointing both phones around without a care in the world.

The OnePlus 2 will be available in 5 different cover designs and out of the four I’ve seen, most might naturally gravitate towards the Sandstone (furthest left). Bamboo (furthest right) looks unique but I do feel in comparison with the rest, it comes be far better. Missing from the lineup would be Rosewood which distinctly reminds me of the furniture that my parents have in their home.

A quick test run of its fingerprint scanner was the first thing I did after finally getting hold of a set. The gif above is sped up 4 times as it took me about a good minute or so to register the fingerprint profile. Once that was out of the way, unlocking the phone was near instantaneous from the lock screen. Fingerprint locks should be the norm for all mobile phones moving forward and it’s great that it is included in a mid budget OnePlus 2.

OnePlus’ very own Oxygen OS would ship with the phone and it feels very much like a stock Android experience. A small amount of slowdown was experienced when opening or closing apps but otherwise it isn’t that much of a deal breaker. I noticed minimal bloat within the phone itself. One interesting point to note is that I’ve observed that many handset manufacturers presently are continually attempting to create a “home screen of home screens” of sorts for your phone. The OnePlus 2 has its very own in the form of Shelf, which is pictured above. Would such screens actually replace Google Now? I’ve yet to find one that actually successfully does.

In my extremely short time with the phone, I’m unable to put a finger if the OnePlus 2 really is a flagship killer as the marketing material states, but judging by the fanfare and hype the phone is receiving, the fans certainly seem to think that way. Now, if only we can actually get one to see how well it works in day-to-day usage.

All you need to know before swiping your card!