It is always nice to see some form of representation in something you are passionate about, and in gaming, our home country of Singapore has been slowly making its mark. From regional live sim races to the Marina Bay Grand Prix map in Call of Duty: Modern Warfare II, we can now add Rainbow Six Siege to the list, with new Singaporean Attacker Grim joining the fight in Year 7 Season 3’s Operation Brutal Swarm.

Ubisoft SEA was kind enough to invite us on a preview session of Grim AKA Charlie Tho Keng Boon, but not before starting with an educational tour about bees at local educational and business enterprise, Bee Amazed. After learning about the various quirks of these buzzing creatures, it made quite a bit of sense why they were used as an inspiration for the gadget that is the Kawan Launcher.

But first, some details about Grim in Rainbow Six Siege.

Charlie Tho Keng Boon was born and raised in Jurong, Singapore. According to his bio, he was “often found in the wilderness learning and practising the skills he was taught by his survivalist father. At 18, he was conscripted into National Service and thrust into the NDU, – Singapore’s elite naval special forces.” With a wealth of experience and skills, he eventually caught the eye of Kali.

He joins Nighthaven as the latest recruit, boasting 3-speed to help with reconnaissance out on the battlefield using his trusty Kawan launcher. Together with a standard loadout of the 552 Commando assault rifle, SG-CQB pump-action shotgun, and the P229 as a sidearm, using Grim as an Attacker means moving fast and helping your team seek out the enemies quickly in Rainbow Six Siege.

Grim’s gadget fires off an adhesive projectile that then deploys a canister full of robotic bees, blanketing an area that will ping any enemy caught in its radius for a pretty long duration. If any foes are swarmed repeatedly, they can remain marked even after leaving the area. Naturally, this provides a great advantage for any team moving into danger.

However, Grim can be countered in Rainbow Six Siege, just like any other Operator. A jammer from Mute will stop the canister from deploying, as would Bandit’s CED-1 Shockwire. Aruni’s Laser Gate and Jager’s Active Defense System are also useful to stop the Kawan Launcher’s projectile.

Our preview time also gave us a look at the returning Stadium map, which will now be part of the permanent rotation. For those who love long sightlines and close-quarters combat equally, this is the map for you. Having Grim scout ahead on the map definitely makes for some fun, strategic movement, or ward off defenders as a buzzing warning so you can flank more efficiently.

With 6 September coming up real soon, players will get to experience Operation Brutal Swarm and Grim for themselves. It will be interesting to see how it changes the meta with this new Operator, as Rainbow Six Siege continues to push ahead with more content. 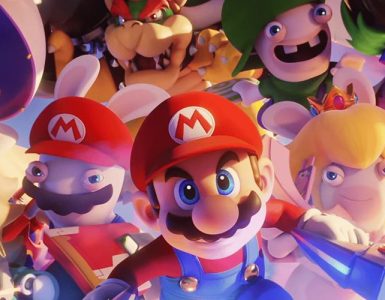