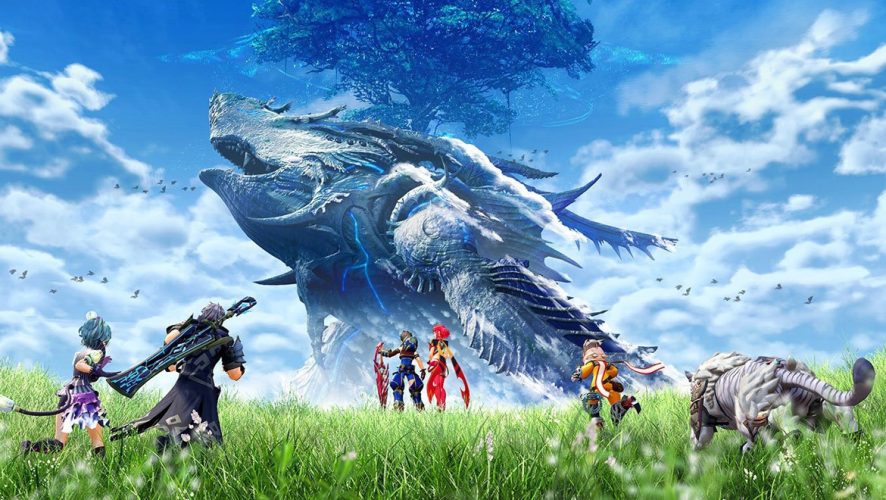 In loot box-infested times like these, I am glad that developers like Monolith Soft are sticking to their guns and creating games they’re familiar with: open world-eque JRPGs with a focus on the narrative that remind players of the bygone PS2 JRPG era. They know their audiences go for the long haul; brevity and simplicity be damned.

Xenoblade Chronicles 2 is essentially repeating that formula with a new story, a new universe, and a tweaked combat system, all on a new Nintendo system. This is for good or ill, because it comes with the same baggage and problems of previous Xeno title.

Xenoblade Chronicles 2 is about a young salvager named Rex who comes across a mysterious girl with magic powers during a botched expedition funded by obvious never-do-wells. That girl, named Pyra (Pie-ra, not Pee-ra), happens to be a Blade, a type of magical being that powers up special warriors named Drivers. Think the Stands in JoJo’s Bizarre Adventure and you’re not too far off. 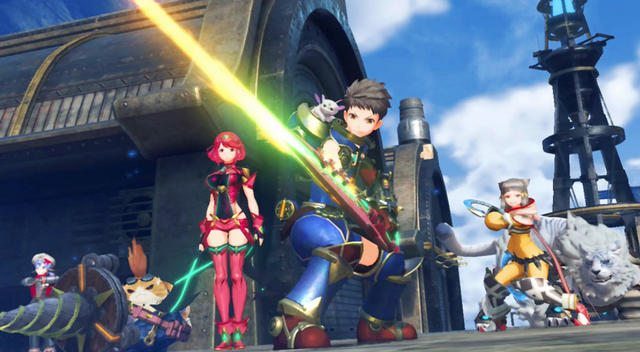 Your main quest is to escort Pyra to a place called Elysium to meet the world’s “Architect” who may hold the key to the world’s salvation. This isn’t made easy because every unscrupulous Driver and group in the world wants to get ahold of her since she’s the most powerful Blade in existence. Along the way, Rex comes across a variety of allies like a snarky Welsh-accented cat girl with a talking tiger and a maid-obsessed inventor from a cuddly third-person speaking race called the Nopon, as well as a huge political conflict that involves the ancient history between Blades and Drivers 500 years ago.

The world of XC2 is set in the fantastical Alrest, where countries are built on the backs of giant creatures called Titans because the entire surface is covered in a huge Cloud sea. And yes, it’s very gorgeous to look at and it’s a hoot to explore in too. Every new territory uncovered is distinctive and laid out expansively, with loads of secrets and vistas for the most adventurous and time-free of JRPG players out there. From lush plains with giant roots and trees to industrial wastelands and luminous caverns, XC2’s world is full of personality and uniqueness not unlike past Xeno titles.

It wouldn’t be a JRPG without some form of conflict, and Xenoblade Chronicles 2’s shine as bright as Pyra at night. Set in real-time, you and two other Drivers fight monsters with a flurry of auto-attacks, special moves, and powerful skills called Arts. Both Blades and Drivers can use these Arts to damage enemies with status-altering effects and elemental spells. The game’s escalating difficulty and unique boss battles encourage you to experiment with different Blades of varying classes as well as chaining different Driver and Blade Arts into combos. 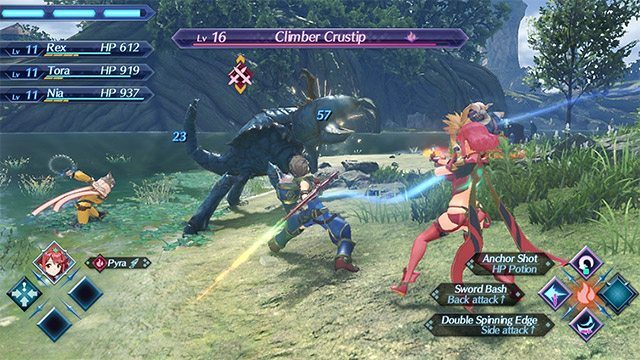 Since Drivers can have multiple Blades with multiple Elemental types you can switch between during combat, you’ll have to figure out the best combinations and party members to do combos and survive onslaughts. You’ll also need to learn how to stack elemental orbs on enemies with Blade attacks so that you can deal world-breaking damage with the game’s patented Chain Attack. Additionally, applying these orbs also mean sealing enemy moves like self-destruct attacks and Blade-sealing.

Yes, it can get chaotic at first and it’s a lot to take in. With patience, time and much practice however, you’ll be more than keen to enter battle on XC2’s lovely world every time.

However, I’m not so keen on some of Monolith Soft’s questionable design decisions, which make them seem like they’re out of touch with this generation’s design sensibilities. For example: 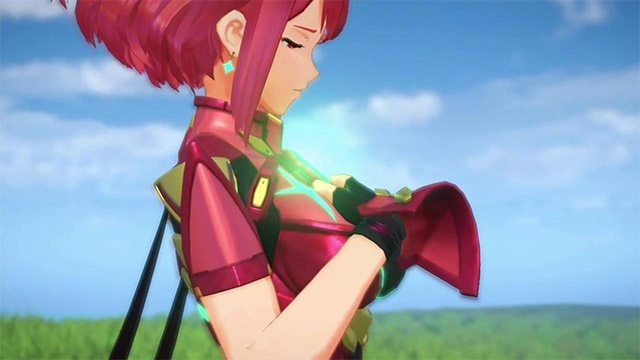 There’s a lot more design issues that can sour the overall experience for players new to Monolith Soft’s method of making games. You can argue that they do not respect the time of its audience, but the most patient of players will gleam more fun and rewards from this semi old-school approach.

Within the 70 or so hours I’ve put into this game, I went through a lot of the good and the bad. Unfortunately, the bad side of Xenoblade Chronicles 2 happens within the early few hours of the game. I wouldn’t be surprised if you end up stopping your playthrough halfway because of its clunky menu system, its info and mechanics overload, and its seemingly stock narrative.

At the same time, it’s really hard to completely hate XC2 because of its epic storyline especially when it shows its poker hand in the second half. Its main cast consist of endearing-if-familiar Shonen Jump tropes who grow on you for the better. Character-wise, I’m overtly fond of Rex’s gung-ho determination, Nia’s sarcasm and wit, Morag’s stern yet fair outlook, and Zeke’s balance of theatrics and chivalry. 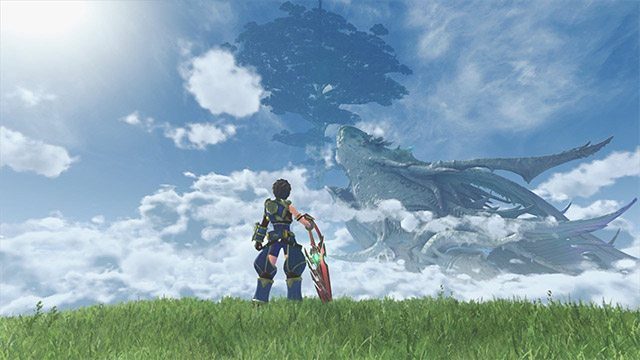 And the music: it is beyond phenomenal. Yasunori Mitsuda, ACE, and company have crafted a majestic score that can contend with the likes of NieR Automata and Destiny 2 for Best Game Soundtrack of 2017.

If you missed the “good old days” of PS2 RPGing, Xenoblade Chronicles 2’s got you covered, for better or worst. This epic tale is not for everyone though, especially in light of other streamlines and more intuitive RPG fares this year like Persona 5 and NieR Automata that ease players into its mechanics better.

Like a wild stallion or a Bengal tiger, Xenoblade Chronicles 2 is a hard beast to tame and master. But it’s worth all the time and suffering.