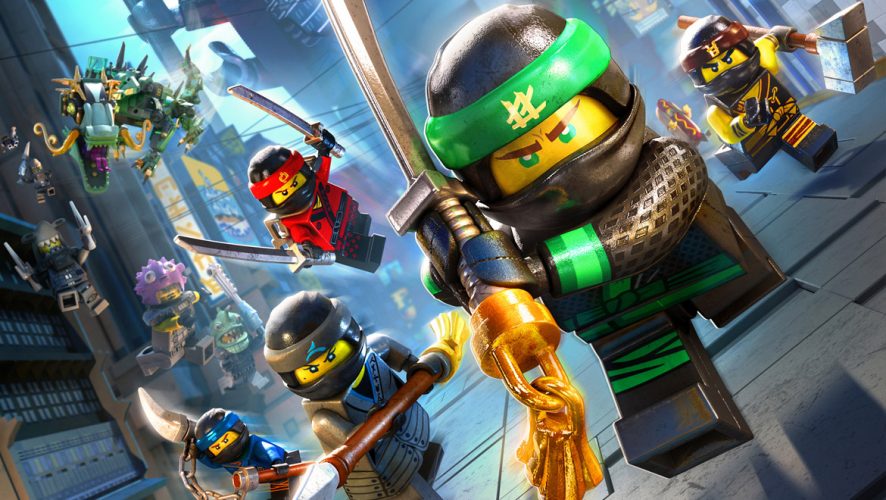 I have played almost every Traveller’s Tales LEGO video game available for home consoles, and have enjoyed every one (with the exception of LEGO Worlds). While fun and well-made, the TT LEGO games have tended to feature fairly repetitive gameplay across the games. New mechanics were introduced in last year’s LEGO Star Wars: The Force Awakens, but the LEGO Ninjago Movie Video Game has almost entirely thrown the template out the window.

The LEGO Ninjago Movie Video Game (that is a stupidly long title that I will shorten to LEGO Ninjago from now on) is the biggest departure in terms of gameplay and mechanics in the series since the first Star Wars game 12 years ago, and this includes LEGO Dimensions. You still use the various powers of the various minifigures to solve puzzles, progress through levels, find hidden collectibles, and pick up millions of studs, but everything’s been changed up! 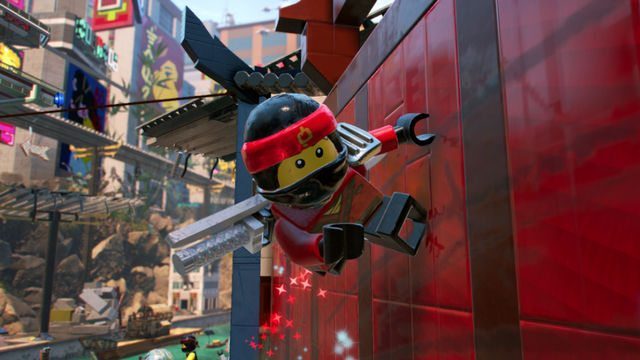 For example, there aren’t actually any more levels, per se. They are simply story levels that take place in open world free roam areas. There’s no reason to replay a level in Free Play mode as any time the minifigs are hanging out in the open world, they’re also hanging out in the various levels and can run back and forth at will to pick up any collectibles you missed during your playthrough. Further demolishing the concept of levels, the True Ninja objectives have been revamped. Instead of needing to collect a certain amount of studs in each level, there is instead a running tally of all the studs you have collected, in levels and in the open world. As you hit certain milestones, you attain new levels of True Ninja.

There are also some pretty neat new gameplay features. There are martial arts techniques that act as fighting combos when beating up bad minifigs (making the combat feel better than anything previously tried in a LEGO game). There are Ninjanuity tokens that you get for completing various story objectives and can use to permanently power up your martial arts techniques at your discretion (basically a pretty simple skill tree that makes your moves more powerful). There are Dojos in each open world area in which you can challenge various Ninjago villains and their minions (and grab a lot of studs in the process as you chain combos across a bunch of enemies). Battle Arenas and color-changing Stud Chests, originally seen in LEGO Dimensions and nowhere else, also appear in LEGO Ninjago.

LEGO Ninjago is a lot more platform-y than previous games. Since pretty much everyone is a ninja in this game, there’s a lot of wall-running, rope-swinging, and timed-button presses that I inevitably missed, causing my character to fall and die, and requiring me to start over from the beginning of the sequence. Either this focus on platforming has made this LEGO game harder than all the rest, or I’m just terrible at platformers now (I also started playing the Disney Afternoon Collection and could not get past a single level in any game; I could have sworn I beat these games easily as a kid). 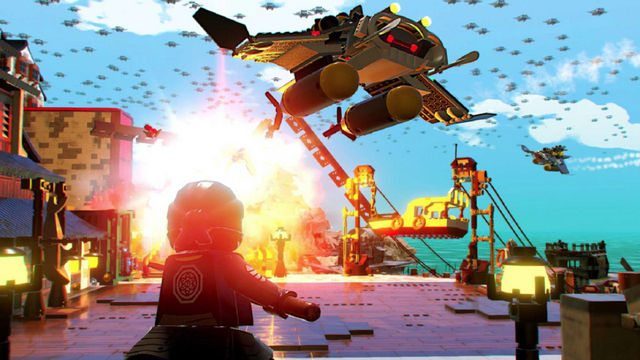 You still have to run around looking for gold bricks, red bricks (called New Ancient Scrolls because hilarious), and character tokens (but now you don’t have to pay studs to unlock characters; they’re usable as soon as you find the token), and, again like in LEGO Dimensions, you can pay a few studs to build new things in the open world areas to access new areas with other collectibles waiting to be found.

Like The LEGO Movie Video Game and The LEGO Batman Movie Story Pack for LEGO Dimensions, LEGO Ninjago combines film footage with brand-new cutscenes to tell the game’s story. It’s all very slicked and polished, and there are a lot fewer bugs, thankfully. The opening credits, before you even start a new game, are pretty cool as they are reminiscent of a Shaw Brothers fill, complete with 70s scratchy film stock (one of the New Ancient Scrolls even lets you play with this scratchy film stock as your default mode).

There are some nice additions to the UI that make characters easier to play. Under the life bar for each character are a couple of symbols denoting the powers of each character. This is very helpful in the free play areas when trying to quickly decide which character I need to unlock a specific area. 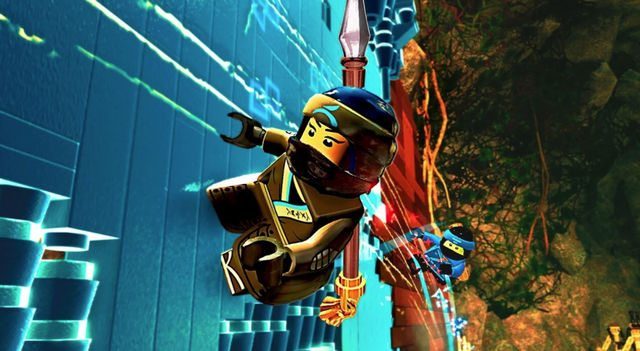 The screen can get too busy (especially in the very colorful Ninjago City shooter areas) with too many playable characters at one time, though. This can make it quite difficult to parse what’s going on during gameplay. In the Dark Ravine levels, for example, Garmadon, who is in a bamboo box for story reasons, kept getting in my field of vision and blocking the character I was playing, so I couldn’t see what I was doing. This problem was compounded when I played split-screen co-op with my wife.

Ninjago as a LEGO product line has existed for quite some time, and I even own a few of the sets, but I never noticed just how much the Ninjago world is very clearly a mishmash of Chinese and Japanese aesthetics, martial arts, weapons, etc. For example, Master Wu is often called sensei (to fit with the whole ‘ninja’ theme), but his name, clothing, and fighting style point to him being more correctly called a sifu. They even made up a fake written language that kind of resembles Chinese characters, but isn’t. It’s an East Asia made palatable for young American children who likely don’t know any better. I don’t know if it’s racist or not, but it kind of makes me feel uncomfortable. But hey! No more dynamic split screen during co-op play! Did someone at TT read my LEGO Star Wars: The Force Awakens review where I complained about that? That makes up for the possibly racist stuff, right?

All in all, LEGO Ninjago is a refreshing change of pace, injecting a ton of new gameplay and mechanics into a series that was previously kind of just coasting brand name recognition. They were perfectly serviceable games that I consistently enjoyed (and the previous non-Dimension game SW: TFA had been the best one in quite some time), but Traveller’s Tales have reminded us that they’re not just re-skinning the same game over and over again.

The LEGO Ninjago Movie Video Game is a pretty wild departure from Traveller’s Tales previous outings that changes the tried-and-true recipe for the better. Though that source material is a bit iffy…