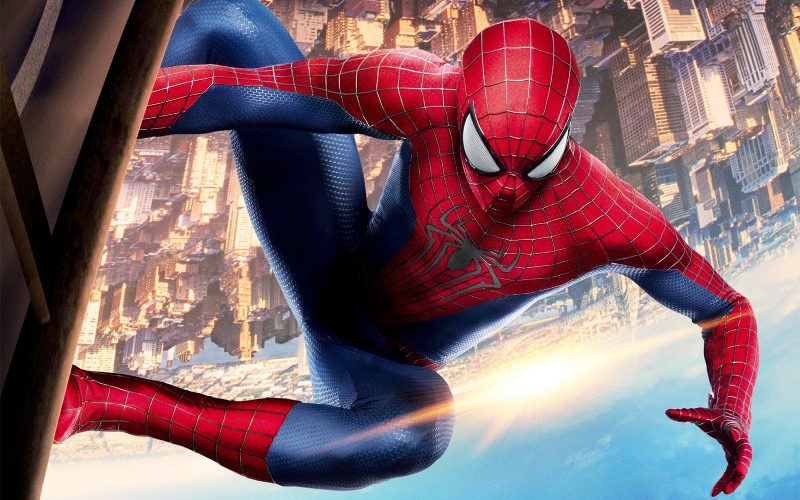 There is so much in the world of film that we owe to The Empire Strikes Back in the context of film franchises.

TESB helped to set the benchmark of expectation around the second film of any film series. In tone, the TESB model requires the second film to ramp up the stakes of the game, to widen the scope and also in many ways to set the trials and challenges beset upon the protagonists to then overcome in the third or following films.

It’s no wonder then, that franchises with a poor second film don’t usually get to then go on towards a third film.

So we can blame in many ways, films like TESB and more recently, films like The Dark Knight and Star Trek into Darkness for setting a certain tone.

It’s right there in their film titles. “Dark”.

It’s the “how” of the attempt in doing that, which seems to come up, at least in my scrutiny, falling a little shy of the seamless and effortless manner in which Marvel Studios does, and does much better in subject matter of a comic based ilk

TAS 2 is in no way a bad film. The cast do an exemplary job with the choices they have. Andrew Garfield in this film has firmly taken the mantle as the better Peter Parker away from Tobey Maguire, his Peter manages to transition between the wisecracking web-slinger and angst-ridden arach-knight with equal measure and aplomb. Emma Stone,a delight with her spunky and vibrant rendition of Gwen Stacy. Even Sally Field has her a scene stealing moment as Aunt May.

The problem in TAS 2 seems to sit in the writing. It’s clear in this film that the filmmakers and director Marc Webb knew what the finishing line would be, because the third act of TAS 2 is a gut punch of the sort that would be breath-taking in a better constituted build up. The issue is how things line up to get there. Structurally, narratively and plotwise, it’s a clunky drive to get to the smoother end stages, and it is in that process where the movie loses some of its luster.

We pick up with TAS 2 with Peter’s father, Richard Parker, floating in the middle of a beautifully digitally rendered sea trying his best to eat an annoying Indian boy with existential issues…

We pick up in a flashback to Richard Parker, Peter’s father hours after the decision was made to leave Peter with Ben and May.

In a spectacular mid flight sequence, we learn a little more about the role Richard plays in the tangled web that is Peter’s politics in TAS 2. We then pick up with Peter years after, where he has taken over the mantle as New York’s resident crime fighter, skirting both his personal and alter-ego demands with a draining effect on his relationship with Gwen and his aunt May

Still haunted by visions of his conversation with Gwen’s father from the finale of the first film, Peter struggles to resolve the promise he made to keep Gwen out of his life, while he still wants to have her in his life.

In some ways TAS 2 is a recurring narrative of compartmentalization. All the characters seem to struggle with the parameters of the boxes they choose to put themselves in, and with that, the chaos that happens when they just can’t fit, or just can’t stay within those boundaries.

It is then very meta, that TAS 2 as a film seems to struggle with that very same notion. In wanting to tread new arcs in this reboot of Spider-Man while using some of the same characters as before, but wanting to do it different, the strain can show.

The front half of TAS 2 is a narrative block jumble, it brings in multiple threads which somehow don’t sit very well together, resulting in an uneven tone and emotional pulse during that period.

We deal with Peter’s issues of guilt from not being able to keep to his promise staying away from Gwen. We meet Max, a lonely engineer working for Ozcorp, who develops a fixation on Spider-Man after being saved from an incident started by Alexei Sytsevich (Paul Giamatti). We deal with Harry Osborn’s return from exile. Harry, a childhood friend of Peter’s whose estrangement from father Norman could be linked to a genetic inheritance between them both.

We also face the on again, off again nature of Peter and Gwen’s relationship and the flux of that arrangement borne out of Peter’s inability to decide to either stay or leave.

We deal with a covert secret that Aunt May is withholding from Peter. We also deal with the machinations of Donald Mencken, a formidable board member of Ozcorp who engineers a power struggle with Harry, viewed as a know nothing son without gumption for the machinations of Ozcorp. We face the turn of the media on Spider-Man, and the viewing his increasingly acts of vigilantism in a negative light.

If all this sounds confusing as you read it, then don’t be surprised when viewing the front half of the film because the same can be said of that experience.

It becomes quite noticeable that deliberate choices were made to “bulk” up the stakes of the story or to add weight to the dangers of the tale. In some ways, this film tries to mimic the public toll in the same way the ferry sequence added threat in The Dark Knight. There is especially a scene here with two passenger planes risking collision while Spidey and Electro battle it out on a power grid. The idea is if Electro isn’t stopped by a certain time, then both planes are doomed.

That’s all well and good. Except nobody on the ground fighting it out knows this. Nobody is speeding up what they’re doing or slowing down what their doing because really, this whole plane fiasco is completely independent of anyone’s actions in the main story because nobody on the ground knows anything about it.

It’s stuff like that about the film which really got under my skin. At least when it came to the parts of my brain. 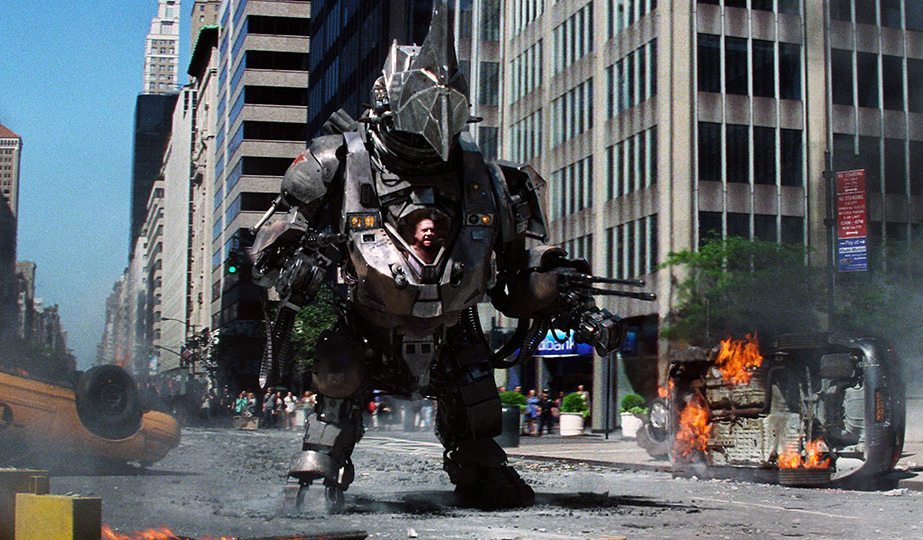 My eyes, on the other hand.. when its time for action, The Amazing Spider-Man could have very well been The Spectacular Spider-man. The action sequences are quite liberal and vast in scope here, breathtakingly sumptuous and never too fast for the eye to capture and make sense of. Spidey’s physicality is fantasically rendered in TAS2. There is a concerted effort to work in more references to Peter’s spider sense and have that incorporate into the story, which is always welcome.

Where there is spectacle in this film it’s gorgeous. The action is imaginative and the introduction of Electro challenges Peter to think of alternative solutions to neutralizing his threat. And the 3-D rendering is second to none, and I dare say this film is worth the extra dosh to watch in that format on the action front.

There are also inside references to fanboy canon. Like nods to Dr. Octopus’ arms and the wing of the Vulture.

That said, the villains in Spider-Man are a sad lot. While they start with the semblance of trying to be rounded characters and not archetypes, that template is quickly discarded. The dialogue in general between anybody in the villain camp is torn right from the pages of a comic book. There is also the misrepresentation that the film is about Spidey taking on Electro, the Green Goblin and Rhino with equal measure. It’s largely Electro, with some Green Goblin later on, and bookended by the parenthesis of Giamatti’s Rhino on each end.

There are some really hilarious bits and they are very welcome and needed bits to the parts of the story that straddle more serious terrain. Peter Parker can be at times, a goof and I for one am happy that the reboot hasn’t forgotten that.

On the whole TAS 2 is divisive at best. There is plenty here that drives the continuity of plot here back to canon of the source material. That said those who read the comics would know where the story of Peter Parker into adulthood goes and those who only watch the movies are becoming increasingly savvy to the way comic based titles now tell a story may be less inclined to be floored by the surprises that the film does have in store.

When a bunch of delinquent teenagers next to me watching the film can turn to each other while a key character is relaying an important bit of information and can chime in with, “Foreshadowing!”, then you know the audience is getting smarter and more clued in now than before.

We can only blame our Marvel Studios, Chris Nolans and Matthew Vaughns for that. And that’s not necessarily a bad thing.

That also means we demand better films of this type. They should come in bringing their A-game. And while TAS 2 may be Sony doing their best “The Empire Strikes Back” take on the Spider-Man property, it could have been better, smoother, more well put together.

The proof of a movie’s worth I guess can be summed up as this. If you find that the mid credit stinger has more excitement and repercussions in it than anything you’ve seen in the last hour and a half, then you might need to revise the movie you made. That said, what a fantastic stinger, the implications of which have vast reaching consequences for the Marvel characters and universes which haven’t returned under the film rights of Marvel Studios themselves. I squealed like a pigtailed schoolgirl.

I guess ultimately, I’m a little sad, because I wanted to like TAS 2 a little more than I actually did.