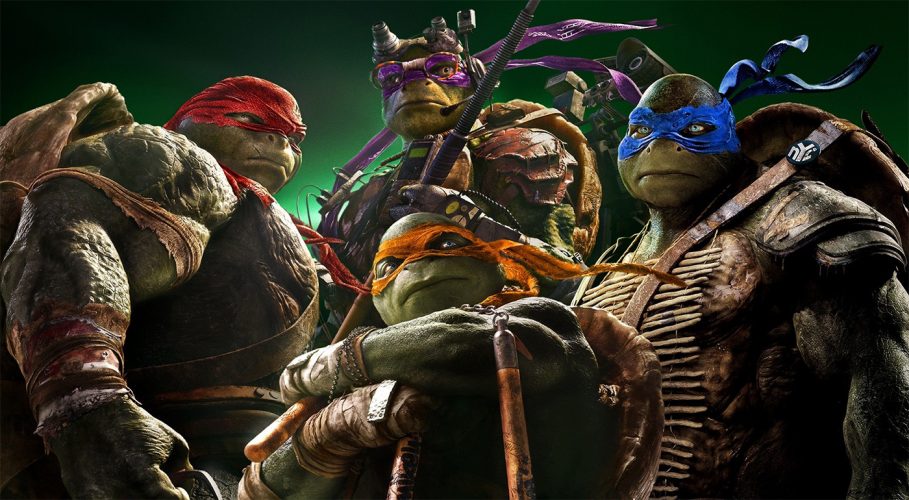 When the first images of the new turtles hit the Internet and all my friends exclaimed that Michael Bay had “raped their childhoods” yet again, I just shrugged and said we shouldn’t judge a turtle by its shell.

It’s true that they look a bit weird and didn’t look too much like the turtles we loved in the early 90s but I had faith in Bay. I didn’t like the fact that his Transformers didn’t resemble the G1 incarnations, but they grew on me after a while and developed their own identity.

I went into this movie without high hopes, but deep down inside I really wanted to be surprised, much like when I bought that lottery ticket last week (which was drawn at the same time as the movie screening).

Now that I’ve seen the new turtles movie, I can safely say that the new look of the turtles didn’t really bother me at all. I still prefer the original comic look and even the animatronic ones in the first movie, but these have an identity of their own, and it’s nice that you can tell their faces apart even without their colored masks.

The true ugliness came in the form of a screenplay that was written to insult your intelligence. Look, I get that it’s aimed at children and designed to sell toys, but this is ADHD screenwriting at its worst.

It starts with an intro sequence that sums up the turtles’ origin story in a few minutes, almost like how the original cartoons used to sum it all up during the opening song (“they’re the world’s most fearsome fighting team!”)  The comic-inspired visual style of this sequence is pretty cool, but the rapid pace at which it happens really rang alarm bells. Honestly, everything you need to know about the entire movie is summed up here in the first 5 minutes!

After that, we meet Megan Fox as April O’Neil and wow she’s just terrible here. She’s actually quite alright later in the movie when she’s caught up in action sequences, but in the first act she is terrible! It’s not entirely her fault because her dialogue is atrocious but still, she just comes across as a character that’s as stupid as the script expects you to be.

If you’re trying to tell your news editor that four vigilante amphibians are protecting the city, you would at least admit that it sounds too far-fetched to be true but Megan Fox plays it straight like it’s the most normal thing to say.

There’s an inkling of a subplot where she wants to be taken seriously as a reporter, but this all fades away once the turtles make their big reveal and the story can proceed… Which it usually does via expository monologs by William Fichtner’s character. The final one where he explains the evil plot (I’m not going to insult your intelligence by hiding the obvious fact that he’s a bad guy) is so clichéd and unnecessary that you’d think it was an Austin Powers scene!

The only human character that adds any humanity to the story is Vernon, April’s cameraman. He wasn’t a big character in the cartoons and was usually just comic relief, but in this movie he’s the only realistic character with any semblance of depth. With the exception of one shoehorned catch phrase, his dialogue was the only well written aspect of the script.

Anyway, onto the turtles. They look realistic, but move incredibly well. ILM did a stellar job making them fit into the really real world, and their ninja moves are solid with every kick and swing looking like they would knock you down for good. The fight scenes against the Foot minions are pretty boring and uninspired, but wait till the Shredder appears. 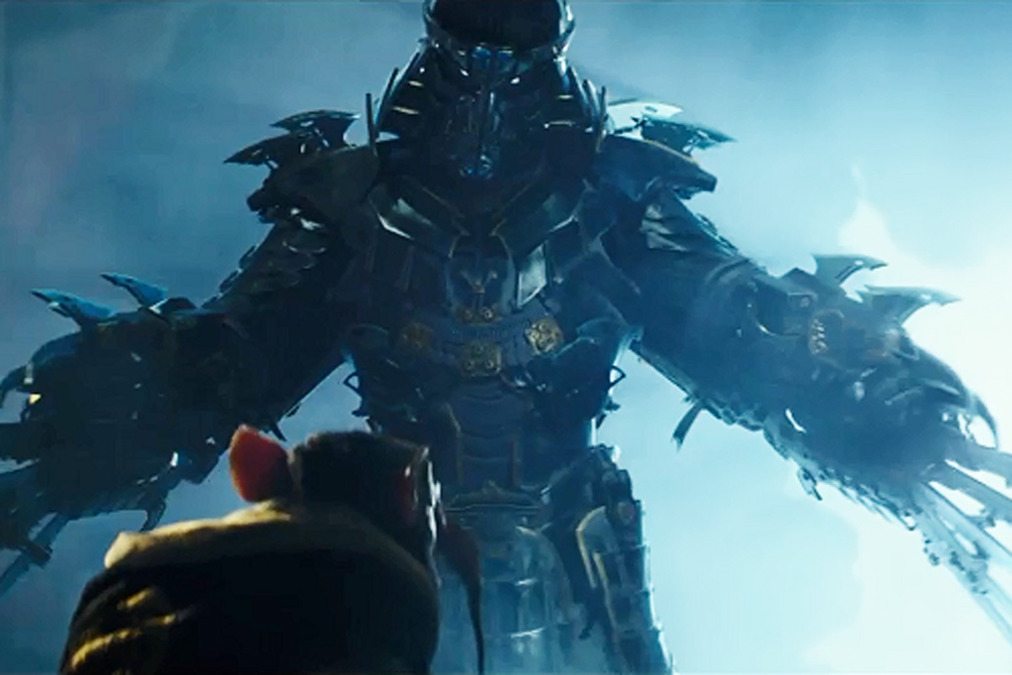 Now I can’t say I like the design of Shredder’s armor. It’s ridiculous with an insane amount of blades throwing into a shiny chrome suit. If it was a darker metal color, he could be Metal Sonic.

But he sure can move!

The fights between the turtles and Shredder are incredibly well choreographed and those above-mentioned kicks and punches look and feel painful. It’s great then that the turtles are built like tanks and Shredder is in a robot suit because any one of those strikes would snap a regular person in half. You’ve never seen the turtles fight so well!

It’s just a shame that there are so many boring action sequences to pad out the rest of the movie.

The worst thing about this film is that it lacks a soul. The original movie had a theme of lost teens looking for friends and a place to belong. The 2007 animated movie was about a family that had grown apart and needed to reconcile with one another.

This one? Nothing. It was just a series of action sequences stitched together by expository monologues and a thin plot about a bad guy that wanted to kill a lot of people for no reason other than to be bad. My friend said it felt like an extended episode of the cartoon series.

For that matter, why was Splinter and the turtles so intent on stopping Shredder? They have never met each other until Shredder stormed their sewer lair, and yet Splinter seems to know his entire back story and evilness. Try and figure it out how Splinter knows about Shredder and why he hates him so much. If you can, you’re a lot smarter than me.

Earlier I mentioned that I wanted to be surprised by the movie. In a way I was, because I was not prepared for how bad this movie is. From the offensively stupid plot to the terrible one-dimensional dialogue and the way they shamelessly shoehorned every ninja turtle catch phrase into the script (if they thought it would make the fans cheer instead of groan, they were hopelessly wrong), it was just an all out assault on my love for movies.

Movies for kids don’t have to be this stupid. I certainly won’t be showing this to my daughter; I’ll be screening the 2007 version to her instead.

PS Karai (Shredder’s lieutenant) is the most useless throwaway bad guy ever. She does absolutely nothing, has no fighting talent, yet is constantly appearing as Shredder’s right-hand minion. She also bears a remarkable resemblance to Singaporean pop star Sun Ho, which kind of explains her throwaway role.