Has it really been 20 years since we first met up with the likes of Renton, Spud, Sick Boy and Begbie? Yes. 20 years since we witnessed one of the most iconic film openings ever, which saw Ewan McGregor high-tailing it down a street to the booming sound of Iggy Pop’s Lust for Life.

20 years is a long time to wait for a sequel. It’s a long time to wait for anything. One of the reasons it took so long was that Danny Boyle wanted the actors to be as old as their characters would be 20 years later. Another reason is the fallout between McGregor and Boyle over the casting of The Beach. So with all the actors hitting the required age and past grievances all settled, T2 Trainspotting is finally here.

As the film opens we find Renton being drawn back to his old haunts in the wake of a midlife crisis (mild heart attack, marriage issues to name just a few) and his first port of call is Spud. As he arrives he is shocked to find Spud with his head in a plastic bag, about to end it all. Spud is still suffering with addiction and now family commitments. To him he is a failure to his family and the world is a better place without him. Meanwhile, Sick Boy spends his days making sex videos and blackmailing the people in them while running ‘the worst pub in Scotland’ on the side. He still harbors great anger against Renton for stealing the 16,000 pounds in the first film. For him, Renton is the cause of all the anguish he has suffered over the last two decades. It also doesn’t help that they both like the same girl. As for Begbie, he’s where you’d expect him. Behind bars doing serious time. However, one escape later sets him on collision course with just about everybody including his own son. 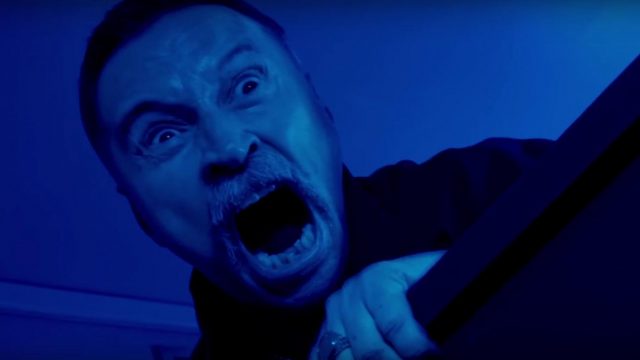 Visually, T2 Trainspotting is a cleaner looking film than the original yet it still has a desolate, grimy feel to it. Boyle still has an eye for great scenes such as the ten-minute section in the middle, where Renton and Sick Boy have to improvise a song about The Battle Of The Boyne in a pro Protestant club. It really is a scene you should’t be laughing at but the absurdity of it all is brilliant. This is followed by a tribute to George Best scored to John Barry’s 007 theme. Yes, you read that right. George Best and 007. These scenes capture some of the old energy of the original film and Boyle himself. There is also a great split screen scene in a toilet cubicle which is equally funny and scary due to the characters involved. Sadly, the soundtrack is a mixed bag this time around. Featuring old and new tracks, it doesn’t create the same impact of the original and a Prodigy remix of Lust For Life just doesn’t cut it. This is a shame as the Trainspotting soundtrack is up there with the likes of Reservoir Dogs and Pulp Fiction.

For those who were in their mid teens to early twenties when the original film came out the sequel does just enough to satisfy a return to these characters. For a younger audiences who didn’t grow up with the 1996 original…..who knows.

T2 Trainspotting is an enjoyable sequel to an iconic film. It’s nowhere near as impactful as the original but for fans, it’s good to see these characters back.