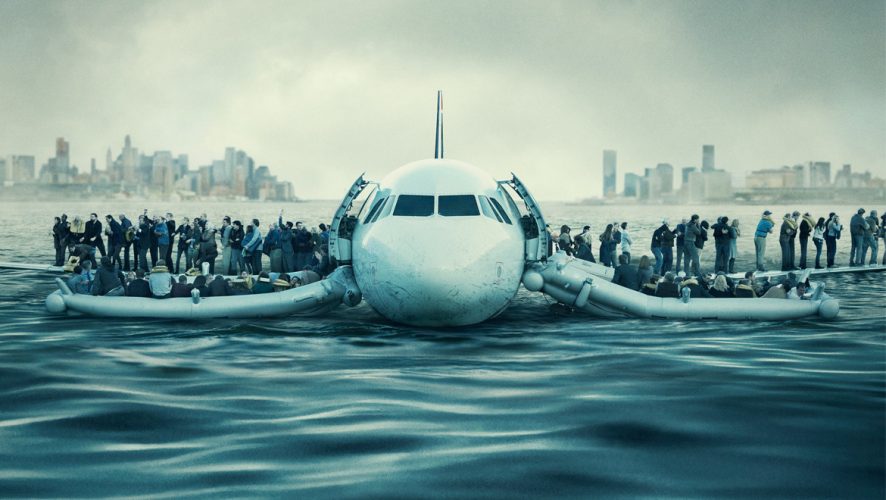 From the time the Airbus A320 was hit by a flock of birds till rescuers arrived, the iconic ‘forced water landing’ of Flight 1549 into the Hudson River took place over a span of an hour. Which was all-in-all awesome, if you ever searched for the footage on YouTube. Good job, Captain Sullenberger.

But then somebody decided that it would be a great idea to milk this seven-year-old aviation miracle and turn it into 96 minutes of cinema. Yikes.

The result is Sully (2016), which opens in cinemas near you this month. Starring veteran actors Tom Hanks and Aaron Eckhart, directed by legendary director Clint Eastwood, the final product is anything but legendary. In fact, the first 20 minutes of the film felt draggy, only to be jolted suddenly by one of those flashback sounds inspired by LOST. 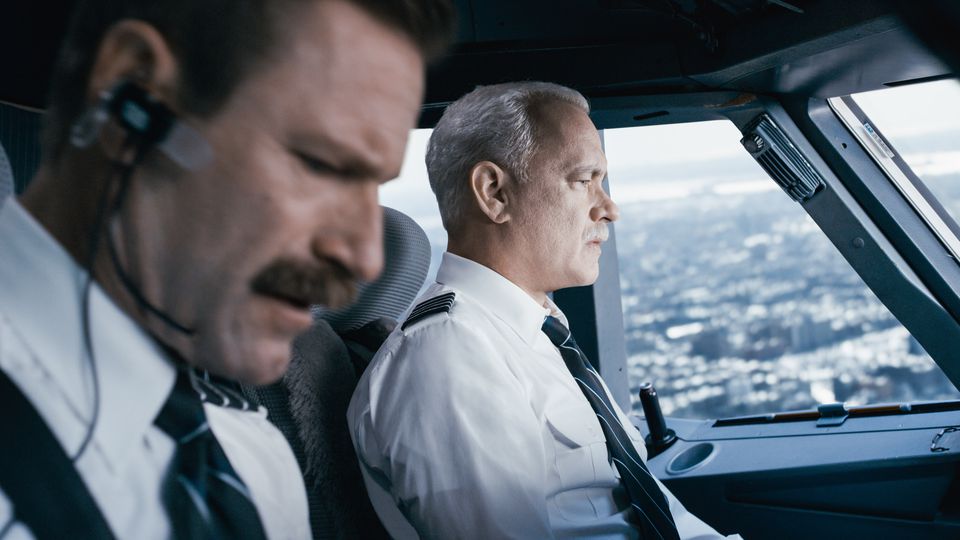 Apart from the heart-thumping flashbacks recalling the crash, viewers are forced to relive a terribly boring post-mortem of the entire incident, which can be described as one man’s fight against bureaucracy.

Hanks is stoic portraying the heroic pilot, and a tonne of effort has been put in to make sure that he’s portrayed as a humble, dutiful and nigh-perfect nice guy. Sometimes it comes across as too overt. Still wearing his uniform hours after the crash? Check. Obsessed if he saved all 155 passengers on his plane? Check. Giving generous tips? Check. This would have all been fine if they were subtly portrayed, but the scriptwriters felt the need to highlight em. Awkward.

But what about Eckhart? The 48-year-old actor was stellar in The Dark Knight and Thank you for Smoking. Unfortunately, the same can’t be said about his role as First Officer Jeff Skiles, which virtually borders on nothingness. Here he’s a Classic Yes Man, agreeing with everything the protagonist says. 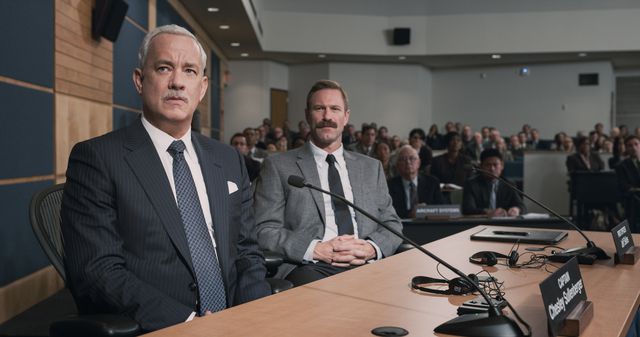 I know what you’re thinking – they couldn’t help it because it was based on real events right? Well, some would argue that perhaps a movie didn’t need to be made out of it. After all, the news coverage back in 2009 was compelling enough. So why make a film? Why, to make money of course.

There are many references of “New York’s finest.” Emotive music is used, so you know when to feel emotional. Everything just seems too choreographed – like a long Superbowl ad celebrating the brave and humble Americans.

Unfortunately, most of the world doesn’t hail from the land of the free. Which means Sully’s entertainment value takes a huge hit. At least Eastwood’s previous propagrandaish offering, American Sniper (2014), while controversial, had some action. You might disagree, but a sniper dealing with PTSD is a lot more interesting than a pilot dealing with PTSD. And the National Transportation Safety Board members trying to make him look bad.

I hate to be a cold, wet blanket, but hey, unless you’re ‘Murican, there might be better movie options out there.

If you left the theatre thinking about how to get a green card, then Eastwood did his job. 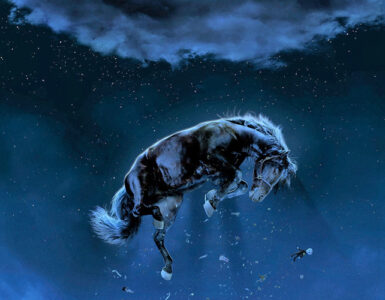