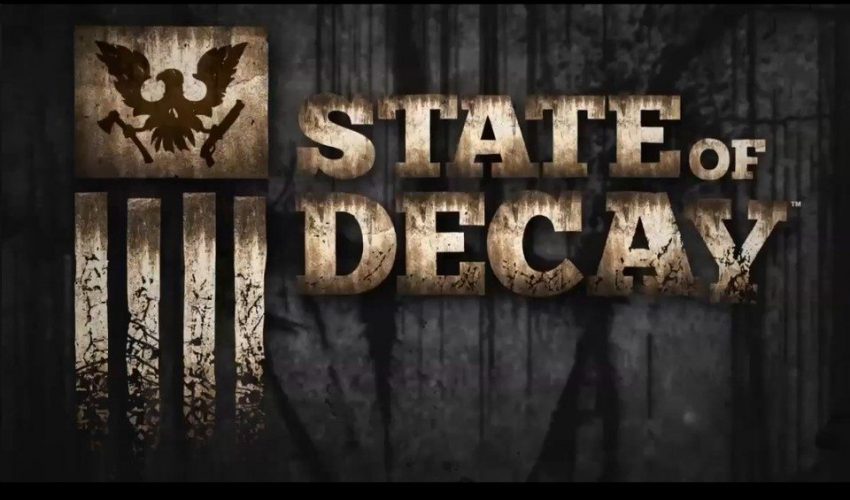 “And I heard a voice in the midst of the four beasts
And I looked and behold, a pale horse
And his name that sat on him was Death
And Hell followed with him”

State of Decay is a zombie game. Yes, yes I hear you. Another one? But hold on before you run off, this one is a bit different. The last few years have seen a plethora of zombie games being released. Dead Rising, Zombi U, Resident Evil, Left 4 Dead, Dead Island, The Walking Dead and Day Z to name just a few. Even games that have nothing to do with zombies such as Call of Duty: Black Ops, Red Dead Redemption and Sleeping Dogs have had DLC packs that bring zombie mayhem to their worlds. But where does State of Decay fit in?

Unlike the previously mentioned games, State of Decay focuses more on survival, resource management and building rather than combat. But don’t let that put you off. There is still plenty of zombie combat to be had. The game starts abruptly. No real set-up. No hand holding tutorial. Just you, a fellow survivor, a horde of zombies and a simple on screen instruction. The instruction? Survive of course. Once you manage to survive, you make your way to the Ranger Station. This is where you learn the basics of scavenging. This can be done in two ways. Slow and quiet or fast and loud. There is a nice tower at the Ranger Station too. It can be climbed. Get to the top and you can look around at your surroundings. Use the binoculars to identify explorable points on the map. This first tower gives you at least twelve areas to investigate. This is now your world to survive in. A zombie infested open-world. Go on. Step in.

You will eventually arrive at your first town. This is where the game truly begins. You meet a small group of survivors at a church camp they have fortified. The camp has supplies. Supplies are good. However, at this point in the game, the camp’s supplies are limited by your lack of reputation. Reputation is like XP in other games. As you complete missions or bring back supplies and provisions to the camp your character earns reputation. These reputation points can then be spent on upgrading the camp or on supplies for when you venture out on a mission. Depending on the size of the camp determines what upgrades can be bought. Small camps maybe only have two to three upgrades available. Large camps can be triple that. You will have interesting choices to make. Do you build a medical tent to aid healing or do you build that sniper tower to keep away the zombies from the front gate. Camps also need provisions. The provisions screen highlights what the camp uses and how many per day. The current camp has eight people. A quick check shows that they get through eight food provisions per day. With only seven in stock it’s not enough for the next day. Better load up and go find some. There are six classes of provisions that you need to keep an eye on. If you ignore the needs of the camp your influence over them lowers and they become resentful to you and others. You could end up with a mutiny or bloody riot on your hands. It sounds complicated but it’s not. People and resource management. This is the core component of the game.

So what of the combat. Well it’s a single push of a button combat. One button strikes, one button dodges and one button gives a special attack. Nothing special. It serves it’s purpose. Initial encounters with zombies are usually limited to one or two. Not so hard. As you venture out things get more interesting. You will start to run into zombie hoards. You need to avoid these if you are not prepared for them. They will rip you to shreds otherwise. Death in this game is permanent. Once the character you are controlling dies, that’s it. You lose the weapons, upgrades and all the bonuses associated to that character. That doesn’t mean it’s game over though. As long as you are aligned in a friendly state with other characters you can swap between them. You can do this by simply walking up to a character and talking to them. Swapping characters is good. Why? It allows the resting of the character you were playing with before you swapped. It also allows you to level up another character. This is a must as death is around every corner. It’s best not to rely on one fully upgraded character as you never know when they will perish.

On the technical side, things are a mixed bag. The graphics are ok. They get the job done. It won’t win any awards for its looks. It does slow down pretty badly once in a while but nothing that is a game breaker. Zombies will also clip and get stuck inside building walls too. Again it something that is not detrimental to the overall game. The sound is good.  Hand weapons hit with a meaty punch and the guns fire with a loud, satisfying bang. Music is left to a bare minimum but the sound of a haunting piano riff while on your own in a forest is pretty unnerving. One big disappointment though is that there is no co-op play. The developer has mentioned that they may patch a co-op mode in at a later date. They have also stated that if State of Decay is successful, they’ll plan to expand it into a full MMO for their follow up. No more NPCs. All Xbox Live players. Hope they can pull it off!

State of Decay is an Xbox 360 exclusive and was released on 5th June 2013. It is currently available for purchase for 1600 MS points on the Xbox Live Marketplace.

One of the best Xbox Arcade games around that puts many AAA games to shame. It’s a survival game done right. Highly recommended. 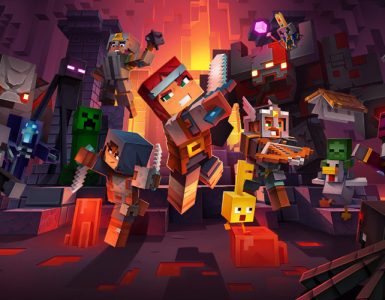