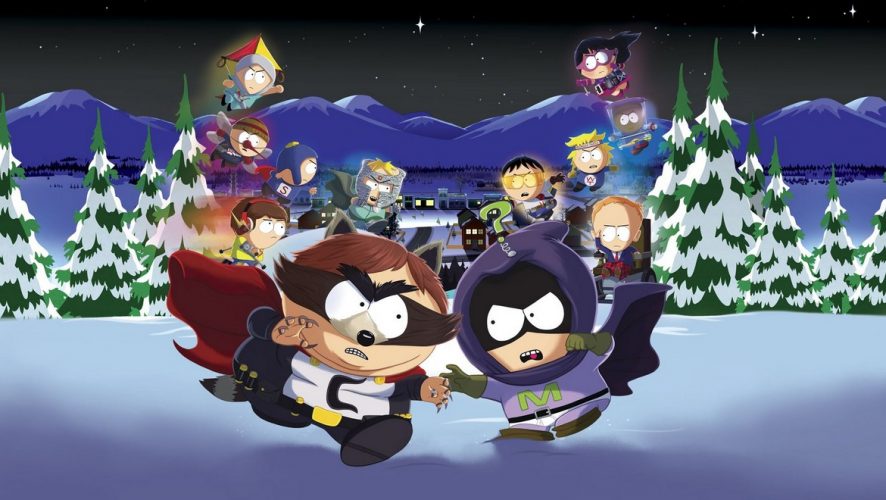 I absolutely loved my time with South Park: The Fractured But Whole. The shenanigans of the townsfolk in this crazy town in the state of Colorado has always been entertaining, to say the least, and The Fractured But Whole (TFBW) is more of the same South Park goodness/absurdness, complemented by a revamped and surprisingly competent combat system.

The game eschews the fantasy roots of Stick of Truth and dives right into the cultural zeitgeist of the moment – superhero movies, and gives the medium both props and stick (hehe) the way only South Park can. Beginning with Eric Cartman’s convoluted scheme of retrieving a missing cat to kickstart a movie franchise for Coon and Friends, the constant references and lampooning of present-day touchstones, such as the Netflix series of superhero shows, to the rivalry of Marvel vs DC never ends, and thankfully, it does not wear out its welcome and is continually funny to the end.

If you know South Park, then you know things are never what they seem. An innocuous feline retrieval soon gives way to nonsensical situations of police corruption with a Lovecraftian twist, pedophilic religious figures, a criminal conspiracy, a civil war between Coon and Friends and the Freedom Pals, and more. Yet, it all blends together perfectly, just like a classic episode of the show.

The player, who plays as the New Kid, gets to experience first-hand the many weird and strange stories that often times touch on sensitive subjects, with a dash of toilet humour thrown in. You cannot separate South Park from the going-ons in our world, and TFBW does a mixed job of offering commentary on the heavy issues. I have to give the developers credit for explaining gender and sex really well without judgement, in the disguise of a gameplay mechanic. But when you put it up alongside the difficulty slide where being black makes the game seemingly hardest and being white is the easiest, there remains a disconnect. 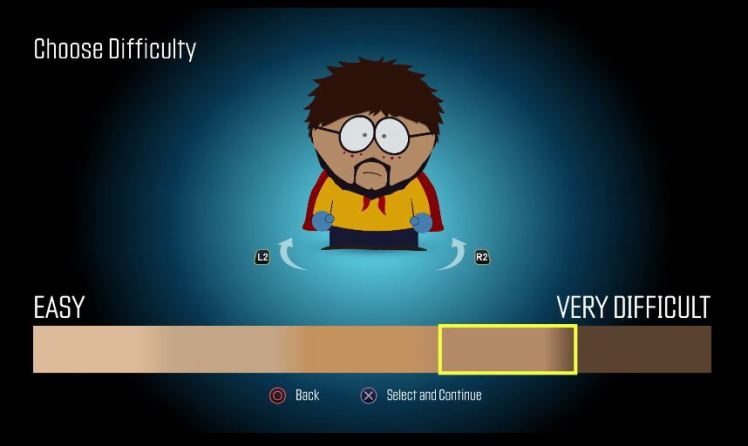 TFBW could have done more in driving home a point regarding such issues but chose the easier path of masking any real commentary with humour. Granted, the show has its hits and misses as well, but it is a missed opportunity nonetheless.

Exploring South Park will be familiar to anyone who played the first game, and there are plenty of side quests and hijinks you can get into around the town. There are treasures to find, vendors to shop at, selfies to take, enemies to fight and more. The map is sufficiently large, with fast travel points scattered around to make the journey from quest to quest easier. It can, however, come across as too familiar, especially with Canada, one of the standout locations in the first game, out of the equation.

Not everything is accessible right from the off. Locked doors will require some sleuthing to find keys, and certain areas are cut off till you find the required ally and their abilities. These environmental puzzles are a fun distraction, especially when they require the use of the New Kid’s legendary farting prowess. If you have never witnessed the majesty that is Fartkour, or a fart-fuelled diabetic rage, you are in for a really fun time.

While the humour is consistent and plentiful, combat is the star attraction of TFBW. Tactics are important in combat, as are positioning and status effects in the new grid-based system. It is a welcome change from the timing based mechanic in Stick of Truth, and actually forces players to plan ahead.  The well-balanced system rewards smart planning while allowing you some flexibility in approaching problems in different ways, considering the diverse cast of heroes you will have at your disposal. As the New Kid, you can be a multitude of classes, and together with your allies, find combinations that work really well for every situation.

You can knockback enemies, afflict them with status effects, and pull off combos and super moves that are equally hilarious and gratifying. The emphasis on flatulence superiority as the New Kid also plays a part when you discover the special properties of said gas. While I would not want to spoil it for you, just know that it can easily turn the tide if you use them properly.

Overall, the many combat situations offer a decent challenge, but once you ramp up the combat difficulty, it can be an even more strategic process. Throw in tougher optional fights, and you could either be loving the system or hating the need for advanced tactics.

All the quests and combat play into the leveling system in TFBW, while experience gained contribute to your overall level, which will then open up slots for Artifacts, which in turn boost your Might – the indicator of your team’s fighting ability. Not only can you find these treasures, the crafting mechanic in TFBW also opens up more paths to become even more powerful. Add in plenty of customization options for the New Kid with costumes, hairstyles, and more, it all makes for a real RPG-like journey that is ultimately awesome.

TFBW starts off a little slow but soon gives way to a whole smorgasbord of enjoyment and depravity. It does drag on a little towards the end, and the ending itself is disappointing from a story standpoint, but the journey to get that made for some of the best moments in gaming in 2017.

South Park: The Fractured But Whole is more than just a clever name, it is a love letter to fans of both the genre and the TV show. That said, you do not need to have watched South Park to enjoy the many jokes that are in the game. Its deep combat system, delightful world, and the ever sharp and trademark satirisation of the issues today makes it a worthwhile endeavor for any gamer. It feels like an extension of the TV show but more, and is easily one of the highlights of the year for me.

Come for the jokes, stay for the combat. South Park: The Fractured But Whole is definitely worth all your money and time.