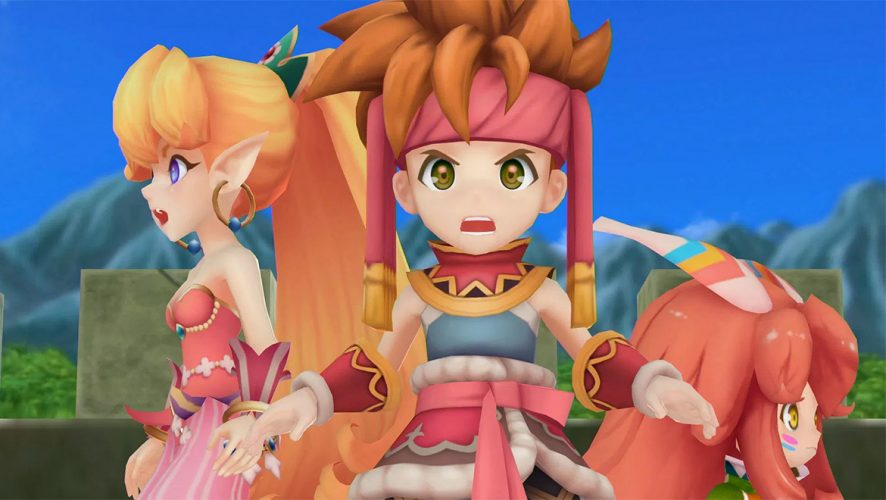 Remastering games can be hard. A good one needs to be a noteworthy and transformative experience, both for the nostalgic and the newbie. In fact, a great remaster can be a great way to look at an old game.

For example, the Shadow of the Colossus remaster hits all the right notes: it stays true to the original yet makes enough noticeable changes that improve upon the source material. Sadly, the Secret of Mana remaster for PS4 and PC makes us appreciate the original even more, albeit for the wrong reasons. 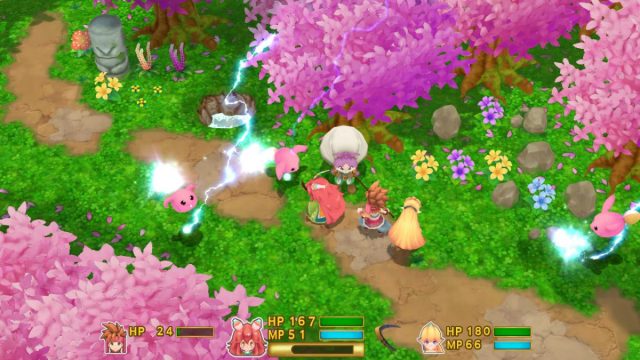 Into The Thick Of It

For those who aren’t familiar, Secret of Mana is a 1993 JRPG with action elements, drop-in-drop-out multiplayer, a pretty good ring interface system, and a nifty aesthetic. Three heroes, exiled kid Randi, girl princess Primm, and trickster sprite Popoi, attempt to prevent an evil empire from conquering the world with the power of an ancient flying fortress.

Aiding them is the fabled sword of mana, 7 other fabled weapons, and 8 elementals which grant them powers like healing and fire spells. Also, they get to fight Santa Claus along the way because Square Enix had a sense of humour back in the 90s.

Secret of Mana is regarded an untouchable classic by many, but publisher and developer Square Enix fails to honour that legacy. Yes, they did not completely botch the landing, but you have to wonder if there was a point to the remaster in the first place. 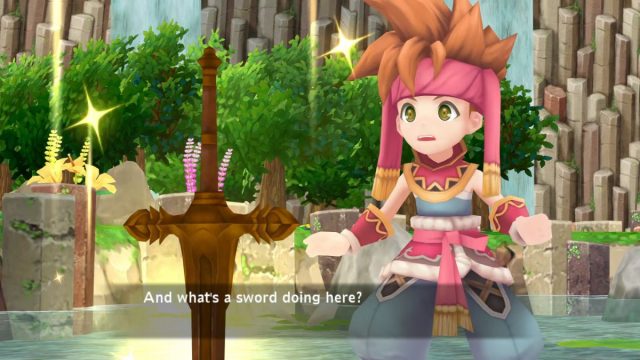 There is a new 3D top-down game engine, an aesthetics overhaul, and the promise of an updated classic, gameplay and all. But the new 3D art style just feels muted and less vibrant than the original. The animation and character movement lacks the original’s “floppiness” and weight, which was unique to this game back in the day. It added life, charm, and zest, which was necessary since the majority of the game is about the real-time combat.

The remaster’s visuals and animation fail to even replicate that charm, and instead made the game look like a semi-cheery Korean mobile phone game. We’re sure that some people like that; we won’t judge. But for an influential title like Secret of Mana? It deserves so much better. And the less said about the “lip-synching” and half-assed English and Japanese VOs, the better.

Music-wise, the opening theme, Fear of the Heavens, has a fine rearrangement, but otherwise, there are more misses than hits. The new arrangements are a strange marriage of accordions, choirs, and techno beats, but at least you can switch back to the game’s original SNES soundtrack.

The remaster also messed up the game’s touted Ring System interface. For every single time you want to cast the same spell with either Primm or Popoi, the game’s interface will always end up at the root menu, forcing you to keep tapping and navigating to the spell. While this is more of an annoyance than a game-breaker, it’s rather silly since the original got it right from the get-go. 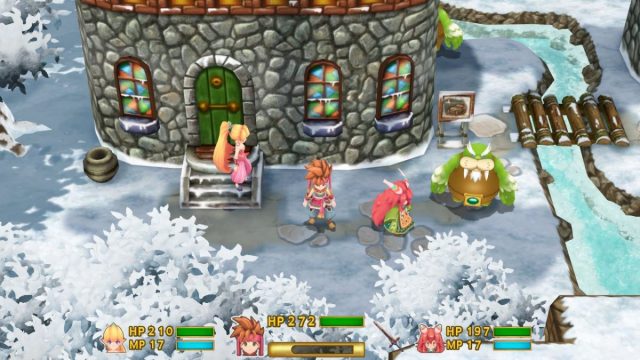 The party system AI is the same as the original’s in case you want to play solo. You can either make your party members attack what you’re targeting, or attack targets other than your own. It’s as basic as it can get, and is yet another in a series of missteps as Square Enix could have improved on the original.

One “notable” addition in the remaster is the extra character conversations you get when you sleep at the inns. But that further emphasizes how one-dimensional the game’s heroes are: we don’t need more conversation to establish that Primm has a temper and still crushes on a guy named Dyluck, and that Popoi is super-mischievous and berates his/her companions as mere “bodyguards”. The game’s script and additional bits of dialogue is all unnecessary fluff and does not add anything of value.

I Won’t Forget (How Mediocre This Is)

How about the rest of the game? Well, even without all its charms, the original Secret of Mana is a decent action RPG. The remaster isn’t completely broken and players will still get a kick out of leveling up and kicking Rabite/Goblin/giant scorpion butt with a plethora of weapons and magic spells. The boss fights still feel challenging despite a lot of repeat battles with palette-swapped enemies. The auto-save system is also nice, though hardly groundbreaking. 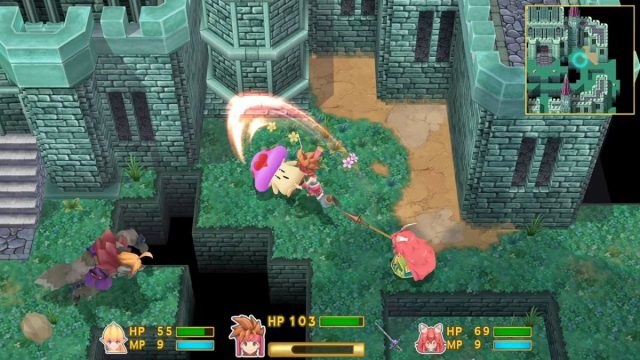 However, Square Enix could have changed up the dynamic a bit instead of just sticking true to the original game’s structure. We weren’t fans of the original’s grindey nature in the first half; the remaster doesn’t do squat about it.

And that’s the remastered Secret of Mana’s ultimate problem: it is totally unnecessary. Even if Square Enix needed to hit their remaster quota, they forgot what made the original shine in the first place and created this soulless husk of a 3D tribute with an ungodly US$40 price tag. The original’s flaws remain, which means new JRPG players will miss out on what a big deal the original was. Thankfully, the 1993 edition is still available on the SNES mini.

Talk about an incredibly wasted opportunity.

This remake should have stayed a secret. You’re better off playing the original on the Super NES Mini or elsewhere.