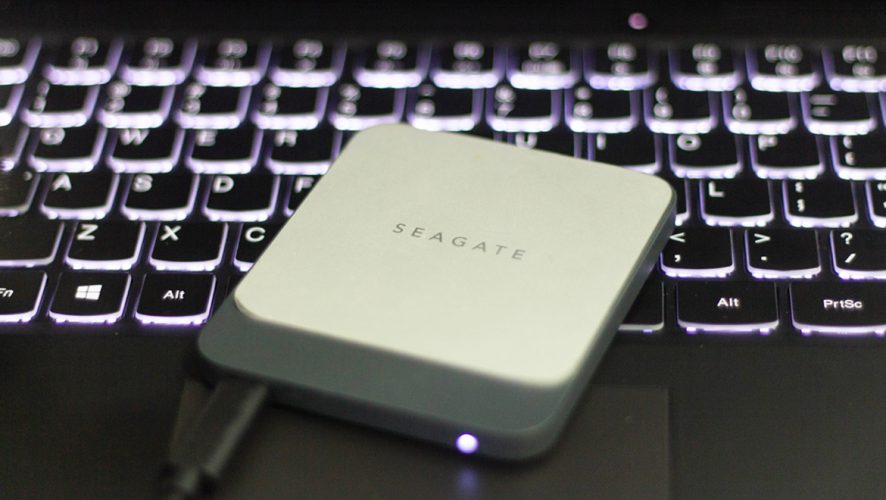 Portability and speed. These are two things that the current digital age asks for in our technology, and these are the two things that currently establish what a solid state drive can aim to be. The digital life is fast and constantly on the move, and consumers need their tech to keep up with this lifestyle.

In comes the latest SSD from Seagate, promising all that. Heck, it even says so in its name.

The portable Fast SSD comes in 4 storage sizes: 250 GB, 500 GB, 1 TB, and 2TB. That’s plenty of space for your videos, photos, songs, or even software and games. You can keep all your movie files on here, and it’ll take a long while before you run out of space.

A large storage space is great and all, but how fast is the Fast SSD that dares to call itself that? We tested the SSD with CrystalMark using the USB-C to USB A cable and here’s what we got. 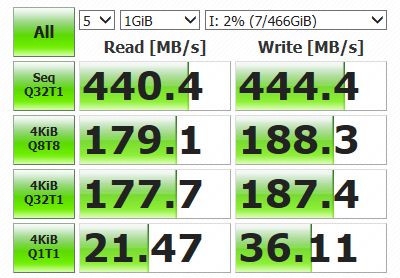 It performed a little bit under their stated speed of 540 MB/s, but 440 MB/s is not something to laugh at. For a real-life test, we transferred a 537 MB file to the drive. The file copied so fast, it barely registered on the computer, finishing the task in a second. So we tried copying something bigger. We copied a folder of video files totalling 1.3 GB to the SSD and it copied in less than 5 seconds. Apparently, that’s not enough of a challenge for the Fast SSD. So we copied 3.8 GB of files into the SSD. Time? 12 seconds.

The SSD comes with two cables, a USB-C to USB-C and a USB-C to USB-A. For those newer laptops like the MacBooks that only have USB-C ports, this SSD can be connected straight out of the box. The USB-C to USB-A cable will make the drive compatible with almost any computers out there. 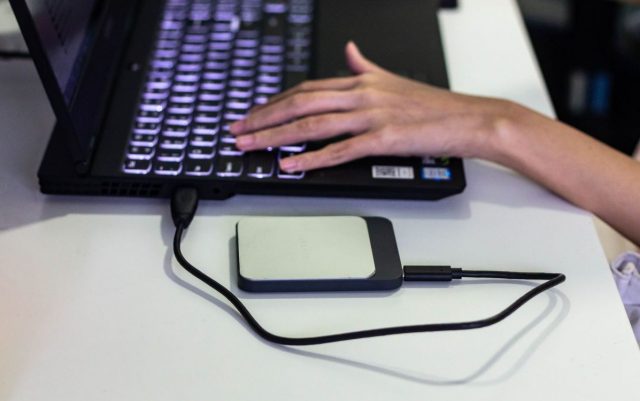 Most importantly though – the drive is compatible with both MacOS and Windows. As a user of both, it’s really nice to have an external drive that can easily be used on both operating systems with no need for reformatting or using external programs. Just plug the drive in and you’re good to go on any machine.

A really nice feature of the SSD is how light it is. It weighs only 8.2 grams. It’s so light, we can barely register the weight in our hands. It’s also very slim in size. Measuring at 94 mm x 79 mm and a mere 9 mm in thickness, it’ll fit inside any pocket. Not that we recommend that anyone keeps this in their pocket, but you can if you want to.

The drive isn’t just small, but it looks good as well. It has a matte grey finish and a raised part on one side with a metallic finish and Seagate written on it. Though most brands would not hesitate to put their logo on their products, we think their decision to forgo the graphics part of their logo and just used the written part makes the drive sleeker in design. The rounded corners not only makes it look more modern, it also makes it more durable by reducing the stress points, therefore reducing the chances of it physically breaking.

The Fast SSD is fast, light, and more importantly, compatible with both MacOS and Windows straight out of the box. It’s a little pricey, but definitely worth it if you need speed and portability.

The Seagate Fast SSD is befitting of its name, and its compatibility with both MacOS and Windows makes it very versatile in the work environment.