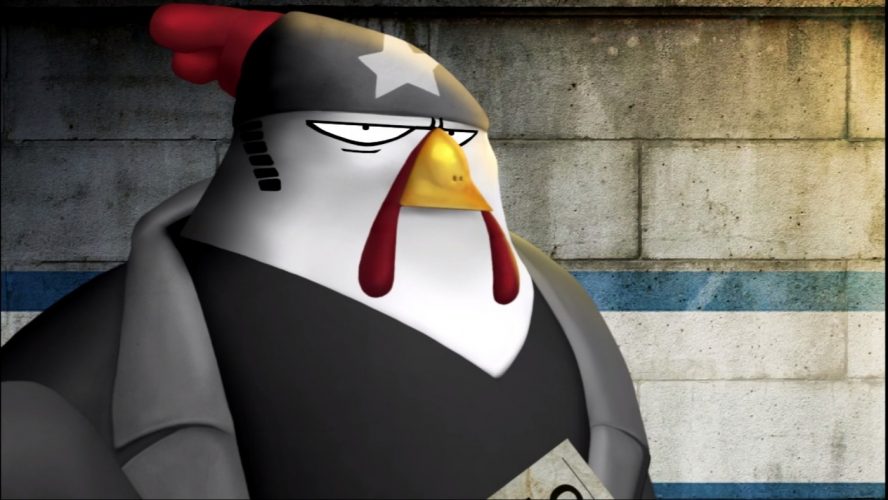 Rocketbirds 2: Evolution is kind of like learning to in-line skate.

It takes a lot of effort and only a select few ever truly get the hang of it to enjoy it. The rest of us pretty much suck and give up after two to three tries.

That’s Rocketbirds 2 (RB) in a nutshell.

Games should be fun. Anything that gets in the way of fun, should be removed from the game.

Unfortunately RB2’s fun is pretty much cock-blocked by its controls – twin-stick shooting. You use the left stick to move your character and the right stick to aim.

The game can get frustrating because it requires you to be an adept finger gymnast. Imagine trying to make your character run (left thumb) and jump (left index) around the room whilst aiming at enemies (right thumb) which need quite a bit of sustained fire (right index) to dispatch.

More often than not you are upset not at the difficulty of the enemies/bosses, but at your inability to tell your right thumb from your left index finger.

Five minutes into the game and I’m thinking “Why can’t the controls be simple like old-school platformers such as Super Mario or Contra?”

However, if you are one of those naturally-talented gamers, there’s still a some fun to be had. 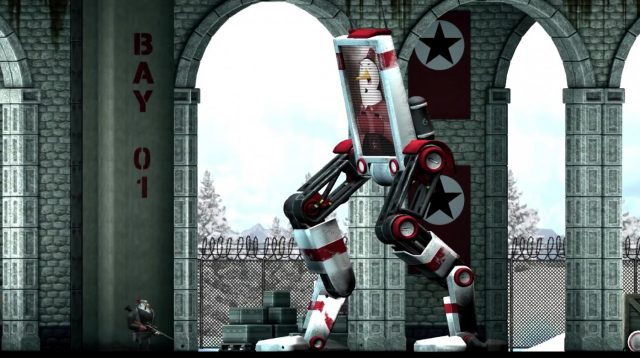 Game-wise, RB2 is segmented into series of rooms filled with enemies and/or puzzles. Majority of the game consists of using an array of guns to kill enemy penguins or using a mobile phone to ‘mind control’ the penguins to do your bidding and solve puzzles.

Rinse and repeat that until boss/aerial/underwater fights which adds some variation. Don’t get me wrong, this can be fun and fulfilling – as long as I don’t slit my wrist over the controls.

The game tries to inject humour with supposedly funny dialogue but it all falls flat with the pregnant pauses between each sentence and, frustratingly, you cannot speed up the dialogue without skipping the entire cutscene altogether. What a bother.

I almost want to say that RB2 should be played exclusively as a multiplayer co-op. 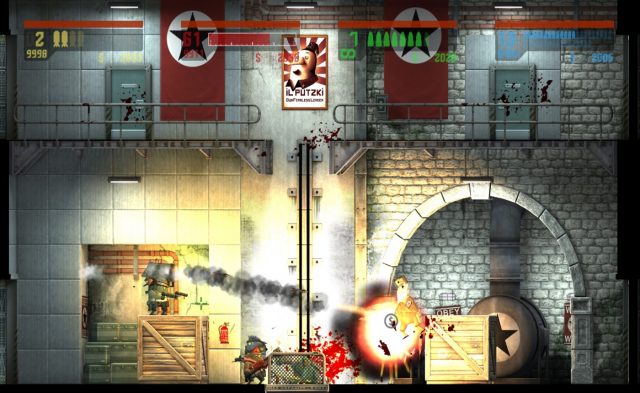 The suffering of bumbling through the single-player campaign can be eased a little with multiplayer co-op and drop-in. The control issues can be solved with one player controlling Hardboiled Chicken, while the other player rides on him and is only responsible for shooting.

Two to four players struggling through Resuce Mode is marginally more fun because you’d be laughing at each other’s incompetence. Not many games offer that.

Rocketbirds 2 has the potential to be a very fun experience but only if you are able to master its controls, otherwise the game can feel like a tooth extraction.