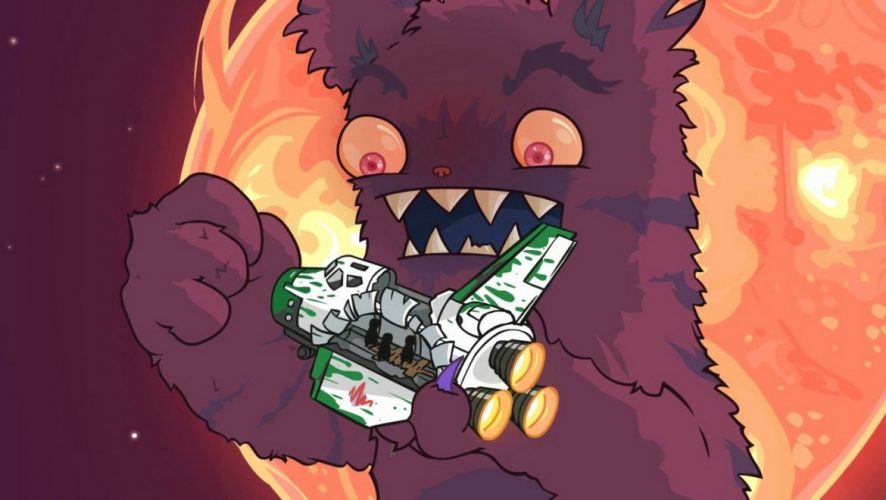 If you are familiar with The Behemoth, then you would know that Pit People is their fourth game in a fourth genre following Alien Hominid (side-scroller), Castle Crashers (beat’em up), and BattleBlock Theatre (puzzle platformer). Call them mad or simply creative, these developers bring their distinct art style and crazy sense of humour into the world of turn-based strategy with Pit People, and by and large, they’ve succeeded. 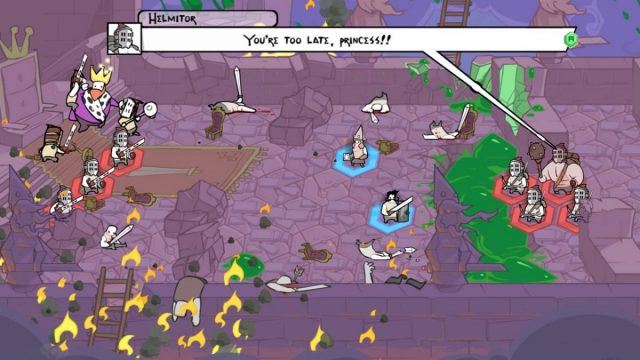 On the surface, Pit People could easily pass off as a very simple tactics game. You move units around a battlefield and try to take out the enemy, survive and you win. Yet, this is underestimating the tactical nous that is abundant in Pit People. The ever-changing relationship of where you move your units and the automated action you take when you stop adds plenty of depth into an otherwise simple formula.

Even though Pit People has stripped away much of what usually constitutes turn-based strategy games down to just placement, the need for strategy remains. As you get more familiar with the rules, it leaves much room for experimentation and creativity. And with the hardiness of most characters, thinking ahead is integral to success. 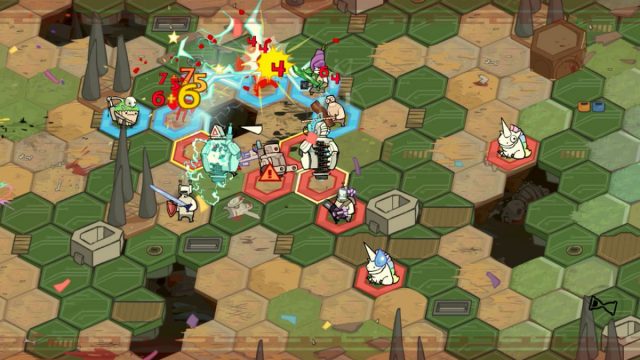 Area-of-effect attacks can be very useful, but not so when you hit your allies. Do you risk losing your best fighter by using him as bait, or patiently kite the enemy by utilising the superior range of your archers while blocking? These decisions and conundrums help transform a supposedly simple strategy title into much more than that, and while it does not hold up against XCOM or Fire Emblem, it is much easier to get into.

The random nature of battles certainly adds to the excitement of each encounter, and you could easily dominate a battle or find yourself just barely surviving with one unit left. There is a Permadeath option, but a word of caution, lose any story-related character and you will be stuck for good and not be able to finish the game.

This is not like other games boasting the permadeath option ala Fire Emblem, and the game needs to do a better job of informing players of the pitfalls awaiting. It becomes even more hardcore when you jump into the Pit, where losses are the norm, so beware! 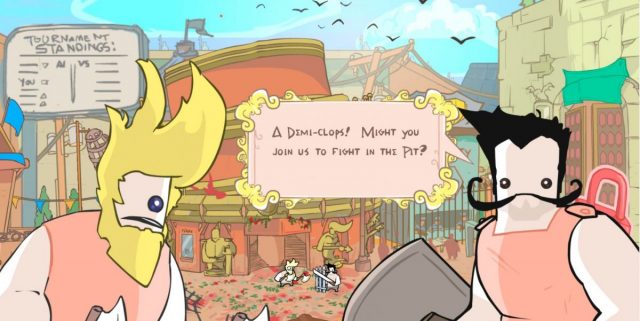 The way you construct your team of fighters is the main draw of Pit People. Rather than obliterating all your foes, the last man standing can be recruited to your cause with the help of a net. This further complicates matters as you will want to keep your prime target alive for capture, but automated actions are not always on your side. This is a mutated reimagining of Pokemon, if you will, only with an even weirder cast of characters. 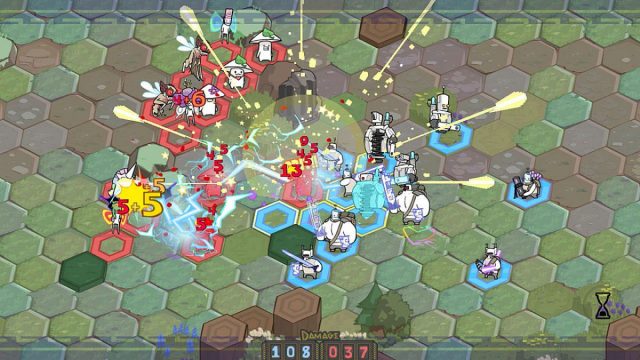 This extends to boss characters as well, who are key players in the story of Pit People. Forget archetypes of traditional RPG classes, be prepared for a menagerie of the unusual. While units can be affected by changing their equipment, their functions remain largely the same. Archers shoot from afar, be it a bazooka or a bow, cupcakes are healers, and your tanks are your first line of defence.

The Behemoth have applied their usual touch of the weird and wonderful and given us character designs that are otherworldly and fun, adding a little more incentive for you to complete your collection. 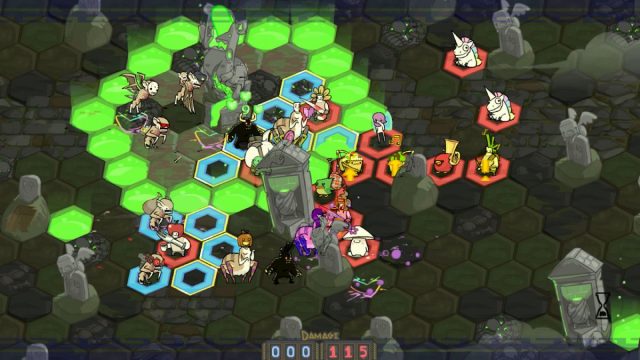 With over 500 units to collect and a very brief campaign, the main hook is for players to build up their army and create the best fighting force the world has ever seen. Once you think you are ready, head to the Pit, where waves of AI or real-life opponents await to test your mettle.

This is the true test of your collecting powers and strategic mind, that is, if you can find people to fight against. Pit People can also be played cooperatively, doubling the number of enemies against you and your partner’s teams. 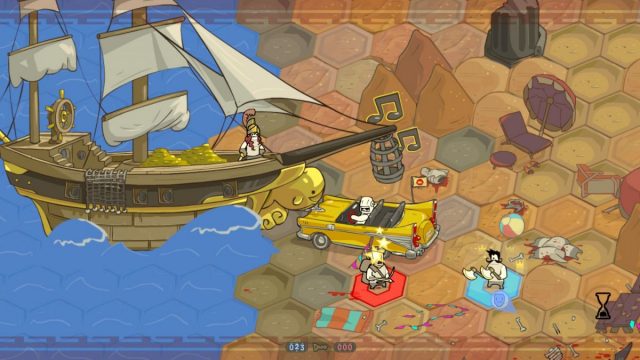 Pit People is an interesting take on the turn-based strategy genre, complete with The Behemoth’s signature charm and cheeky humour infused into every bit of its being. The gameplay is solid and has enough depth to keep you coming back for a while, even if it is just for the single-player campaign. Hopefully, more people will get on Pit People and we can truly find out who’s the best collector and tactician out there.

Pit People is available on Steam for Windows for S$18.50.

Chaos, madness, and comedy awaits in The Behemoth’s Pit People. Come for the art, stay for the strategy.