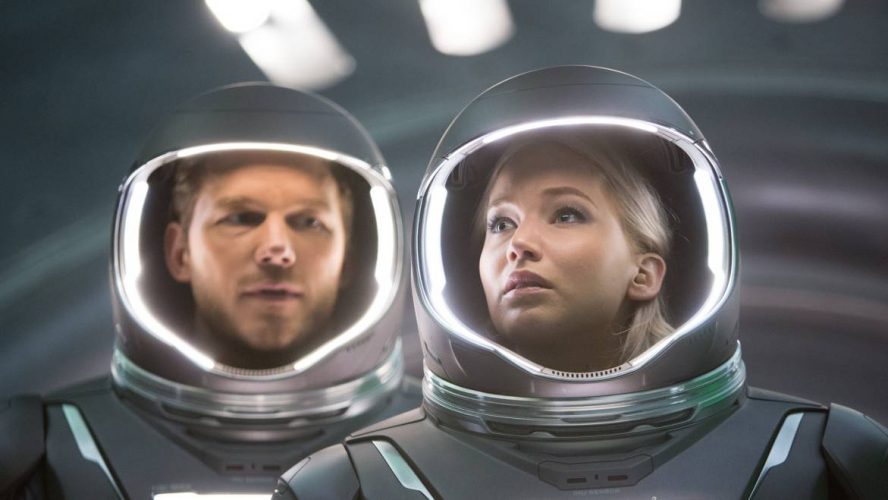 Hollywood’s obsession with space-themed movies just won’t go away. Following Gravity (2013), you’d think nobody would take on Interstellar (2014) – but turns out movie executives interpreted the exceptional response to Nolan’s masterpiece as market demand for more of such films.

First came yet another save-Matt-Damon flick The Martian (2015), alongside major box office flop Jupiter Ascending (2015). Then earlier this year they tried reviving the Independence Day franchise too with Independence Day: Resurgence (2016). But none of these have the draw of Passengers‘ (2016) dynamic duo billing: Jennifer Lawrence and Chris Pratt. 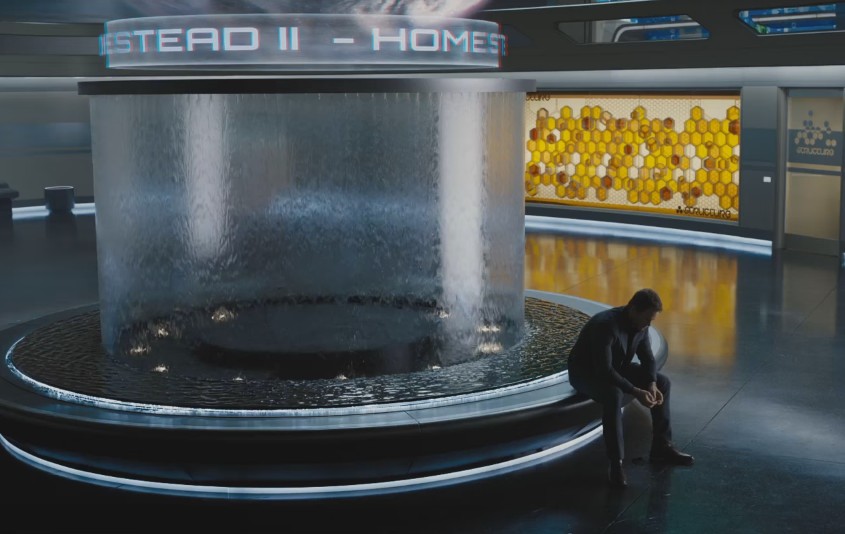 The premise of the movie is simple. The steely, tentacular spaceship Avalon is transporting 5000 passengers and 200-odd crew from Earth to another planet. Everyone aboard is in a state of induced hibernation – that is, until James Preston (Pratt) and Aurora Lane (Lawrence) get shaken out of sleep and must piece together the truth behind their rude awakening.

In truth the movie is also very simple. It’s not so much space-themed as it is set in space: in other words, if you cross a boy-meets-girl story with a 120-year long voyage across the universe, you get Passengers. Although the plot demands that they unscramble the mystery of their malfunctioned hibernation pods – and dabbles in various problem-solving scenarios along the way – the movie as a whole is less mystery thriller and more romantic sci-fi.

For one, you’re not kept in suspense for long. The movie is well-paced, and so keeps its problems simple. If Preston says he can do it, he will easily tweak a roving robot into a dinner date messenger. And if Preston says he can’t do it, it’s because the heavily fortified control room remains impenetrable despite the arsenal of weaponry he has thrown at its door. There is no room for doubt here, even in the face of the vast and the unknown.

The incredibly attractive cast also makes things a lot easier to accept for the audience. Of course Preston falls in love with Lane – who wouldn’t? With Lawrence’s perfect beach waves, sleek wardrobe, golden complexion and lanky body, who cares about her character’s impeccable wit? Any man would kill to be alone with her on Avalon. Just make sure you’re poised to look as handsome as Pratt in a suit and are equally well-versed in electrical engineering. You know, just in case the ship has an asteroid-sized collision somewhere and requires quick thinking and swift repair skills.

However, Passengers’ plot feels suspiciously too convenient at times. It’s almost as if director Morten Tyldum is making every effort to ensure the audience doesn’t get intellectually invested in the movie. Just be whisked along by the dialogue, and feel as the score tells you to. When Lane gets a back story, it is only so you can justify your ogling of her beauty as, oh, an extension of her beautifully tragic history. Also, though there is real tragedy later on, it is typical Hollywood tokenism: just enough so that it is not entirely a fairytale ending, but not too much that you resent the two characters’ shot at happiness.

But at least there’s an ending, something not many movies tied up in sequels and money-making mechanisms do these days. And one must also not dismiss so easily the hard work gone into making the set look effortlessly gorgeous. Everything aboard the Avalon – from the flowing architectural cascades, to the constant galactic backdrop, to even Michael Sheen’s genial robot-bartender Arthur – is immaculate in its design.

The movie therefore underscores human achievement in unspoken ways. And above all it reminds us that beneath the behemoth of exploitative capitalism that prides itself on class divides, at the end of the day, regardless of where we are, love always wins.

Love triumphs all…even when the odds are daunting in space.