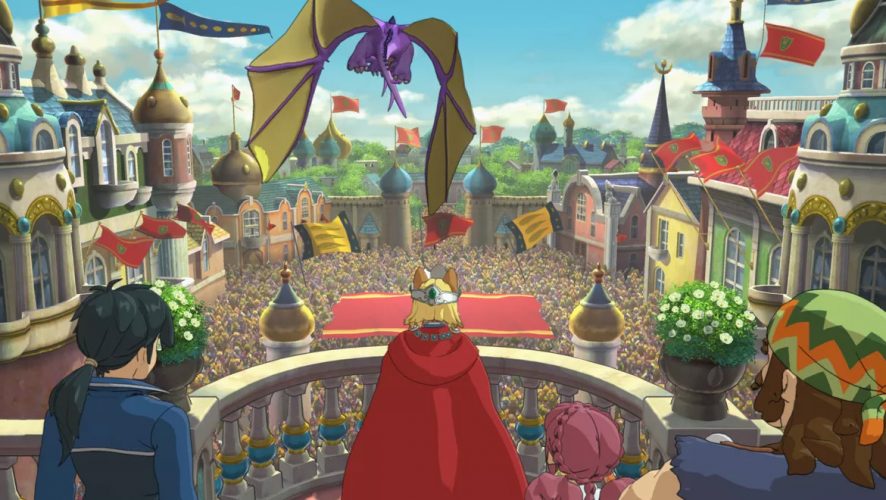 Effortlessly charming and a classic – that is how many will still describe the original Ni no Kuni, a perfect collaboration between developers Level-5 and the legendary animation house Studio Ghibli.

The fairytale of that game was a masterclass in storytelling, and without Studio Ghibli’s involvement in the sequel, Ni no Kuni II: Revenant Kingdom, there is a sense of casualness and lack of focus against a backdrop of excellent combat and an amazingly addictive city-building sim. 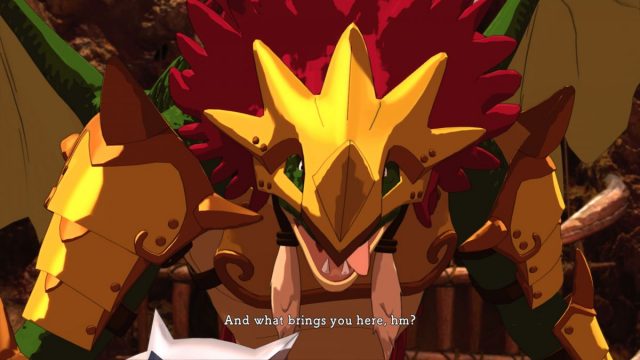 It all begins when an elderly Roland, a president in modern times, is mysteriously transmigrated to the kingdom of Ding Dong Dell after his initial destination was destroyed. He wakes up as his younger self, in the bedroom of the soon-to-be disposed king, Evan Pettiwhisker Tildrum. In the midst of rebellion and mutiny, NNKII’s seemingly ignores all sense and Roland just rolls with the punches, aiding young Evan without so much a question.

This pervasive indifference can be seen throughout much of the game’s 40-odd hour story. While the first game weaved a tale that captivates and pushes you along, NNKII becomes a tedious cycle of fetch quests and recruiting allies, while attempting to right the wrongs of a fractured land. It would have been much more palatable if it did not throw a mishmash of themes and ideas, without a coherent focus that ties everything together.

Thankfully, the dialogue of the myriad of characters that players will meet is brilliantly written, despite a lack of depth and development. Brush past all that though, and players will find the heart of the game that is utterly enticing and tremendously addictive.

With his kingdom gone, much of NNKII is spent trying to establish a better city-state. Evan’s loss and his tireless ambition to create an everlasting Happily Ever After is infectious, and players will soon find themselves gleefully awaiting the next finished facility, or an upgrade to be completed. It all ties into the general gameplay as well, providing players with improved and new abilities, gear, quests, and more delightful banter to be had.

The kingdom building also serves as motivation, as it is the key to opening up more chapters of the main story, and often asks the party to head out into the large overworld and explore. Only then can players find potential subjects that are needed to staff the many buildings they will soon construct. 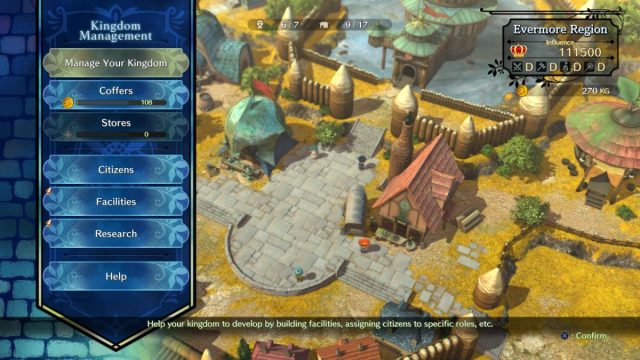 Each character comes with their own stats and characteristics which, when utilised properly, speed things up quite a bit. And for all the fetch quests and supplies gathering, the colourful cast of citizens do their best to liven each quest up with bold personalities and entertaining quirks that are a true highlight.

There is plenty of combat in NNKII, and it is an excellent display of systems and design that does not get old, no matter how far players are into the story. Eschewing the first iteration’s balance of movement in real-time and turn-based planning, combat here is all-action and chaotic in the best way. With three party members out of six being active at once, and with instantaneous switching between characters, there is plenty of depth and strategy involved if players are looking to tweak and master the systems. While the AI is a capable assistant, nothing feels as good as taking control and wrecking foes.

The triumvirate of weapons, armour, and skills are ripe for experimentation, leading to devastating combinations that can help players tackle harder enemies. There is also the Tactics Tweaker, an additional option that allows boosts to various aspects like health or resistance, in return weakening other stats.

Aside from your party, Evan is also joined by the magical Higgledy-Piggledies, adorable elemental beings who can lend a hand in combat in the most charming of ways. Activate them at the right time and characters might benefit from a mass healing spell, or even a cannon that brings the pain. There are numerous such creatures to collect and level up, with four joining in each battle. 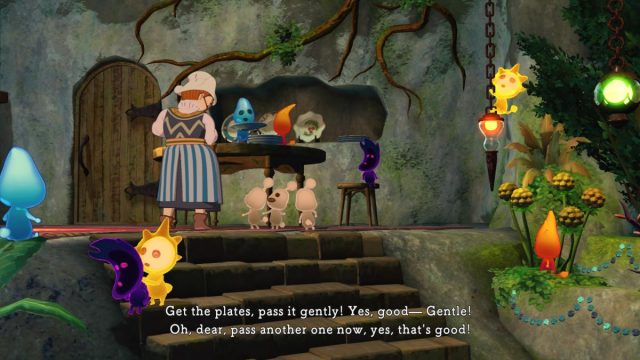 Possessing distinct traits like being Shy that can affect how they perform, it might take a while to figure out the best configuration, to get the most out of these beings. The Higgledy-Piggledies are unpredictable, charming, and powerful, and can often be the missing element that can turn the tide.

Outside of the small-scale fights, there are also RTS-like army Skirmishes on the overworld. Pick from four different varieties of units – ranged, spear, sword, or hammer – who will then surround Evan. Combat is initiated when opposing forces come into range, and the rock, paper, scissors nature of weaknesses and strengths of the units will require your deft rotation of your army. 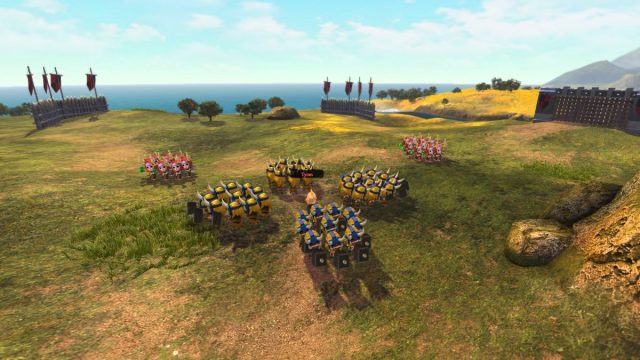 Boost your forces or activate abilities like bombing runs at the right time by spending Military Might and you just might emerge victorious. It is a decent distraction from the more action-heavy party combat, and can be quite challenging and fun, and not all Skirmishes are mandatory.

Ni no Kuni II: Revenant Kingdom is quite unlike its predecessor, but more than makes up for it in complementary systems and a dangerously addictive city simulator and wonderful combat. It contains the usual JRPG trope of innumerable things to do and gather, but for all the hours that were spent, they were utterly enjoyable. 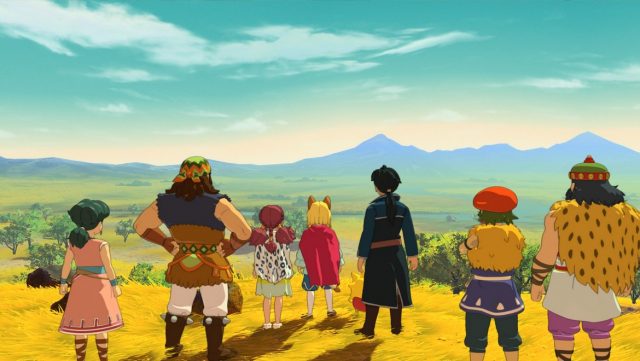 While not as charming the second time around, thrilling combat and an engrossing city-builder make Ni no Kuni II a worthwhile epic.