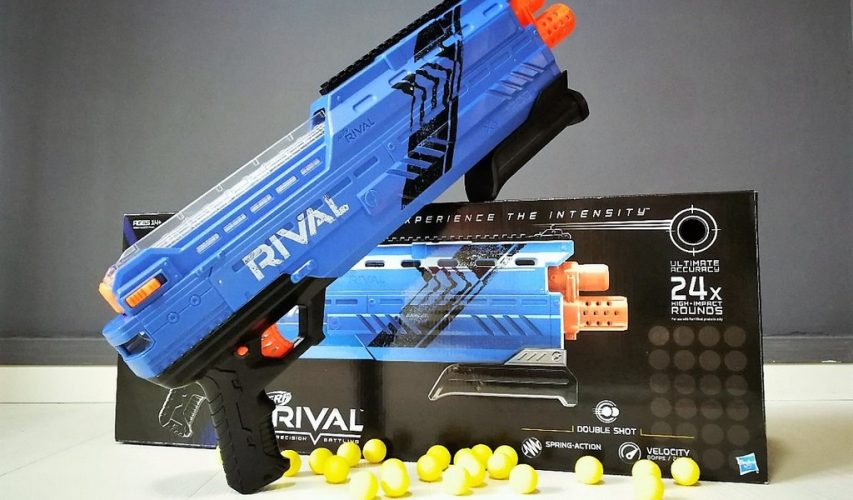 Several years ago, Nerf blaster maker Hasbro realised that they were losing the older crowd with their foam tipped projectiles. Instead of shooting foam darts at each other, high schoolers were turning to activities like paintball and pelting each other with quicker, harder-hitting rounds. Hasbro’s answer to that was the Rival line, which hit shelves in late 2015. Instead of the usual long darts, this series uses small, dimpled projectiles that look like mini, foamy golf balls.

The yellow rounds are a lot faster – so fast, in fact, that the Rival blasters are banned in Australia, for not meeting toy safety standards. Luckily, Singapore isn’t that crazy and I got my hands on the Rival Atlas XVI-1200, with the XVI marking its release year — 2016. Yes, we’re only getting it in 2017, but hey, at least it’s here. The Atlas comes with a 12-capacity magazine, and it fires two rounds at a time. It may not be as fearsome as the Rival Khaos MXVI 4000, which can pump out 40 bullets rapidly, but it is a little scarier than the Rival Apollo XV-700, which can only hold seven rounds at a go. 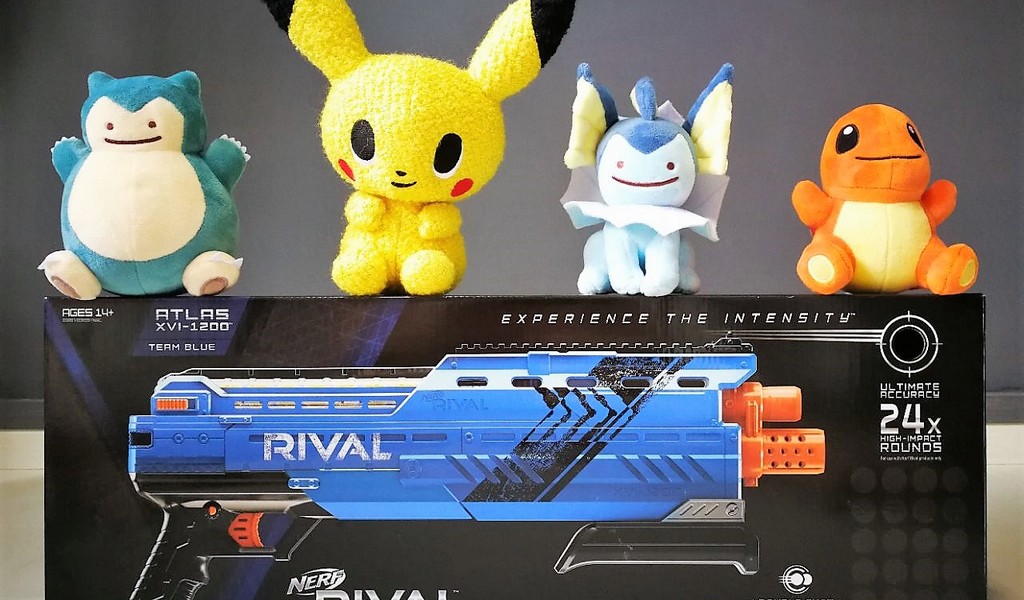 The Atlas is quite large and hefty, at about 55cm from muzzle to grip. Carrying it around the office a couple of weeks ago, I immediately felt pretty badass (but mainly because the people in the office tend to run at the sight of me anyway). But its size and weight mean that it’s definitely not good for one-handed operation, and it will probably be near-impossible for young children to wield. The Atlas looks like a pretty standard blaster. It has a safety lock behind the trigger; push it to the left and the blaster won’t fire, push it to the right to release. On the top lies the magazine and a tactical rail; at the bottom, there’s a pump handle to prime the blaster. On the left side of the Atlas, there is a small window that you can slide open to fix any jams that may occur. 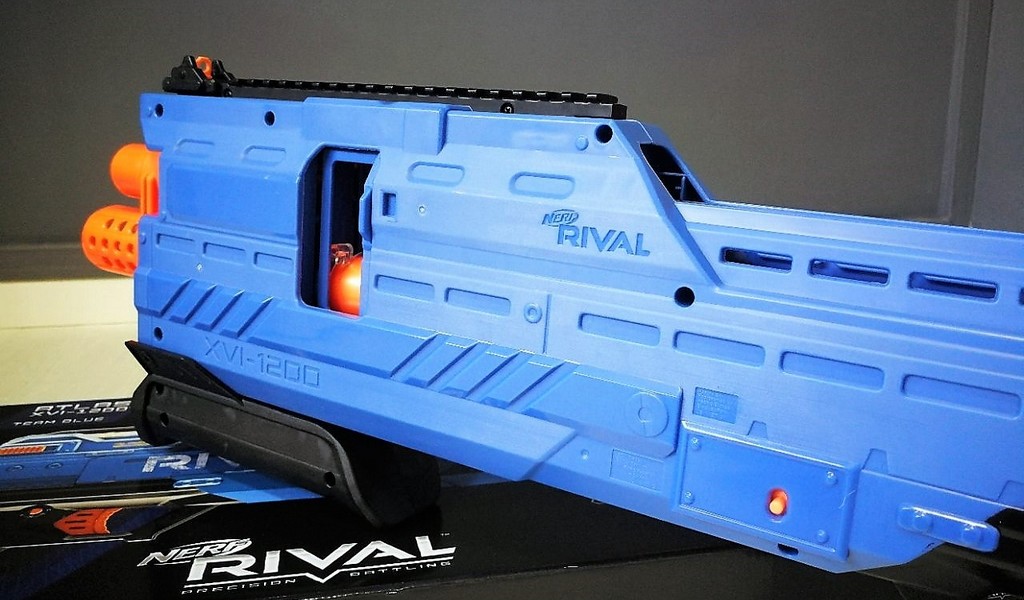 I’ve tried the old Nerf toys with elongated rounds before. They were fun to use, but not terribly accurate. If I tried shooting toy soldiers from across the hall, the dart would plummet before it even reached halfway, and so I had my fingers crossed that they new rounds would fare better.The redesigned ones are inch-thick foam balls that are dense enough to be shot in a straight line up to 113km/h. Their increased density allows them to travel faster, and the dimples stabilise the ball in flight.

To load them up into the Atlas, you pull back a latch and remove the magazine, push a dozen rounds inside, and slide the magazine back into place. The overall process is pretty quick and painless. To ready the blaster, you pull back the pump handle on the bottom of the Atlas. While cocking the blaster produces a very loud, satisfying click, it also takes quite a long of strength, and it does get difficult after a while. 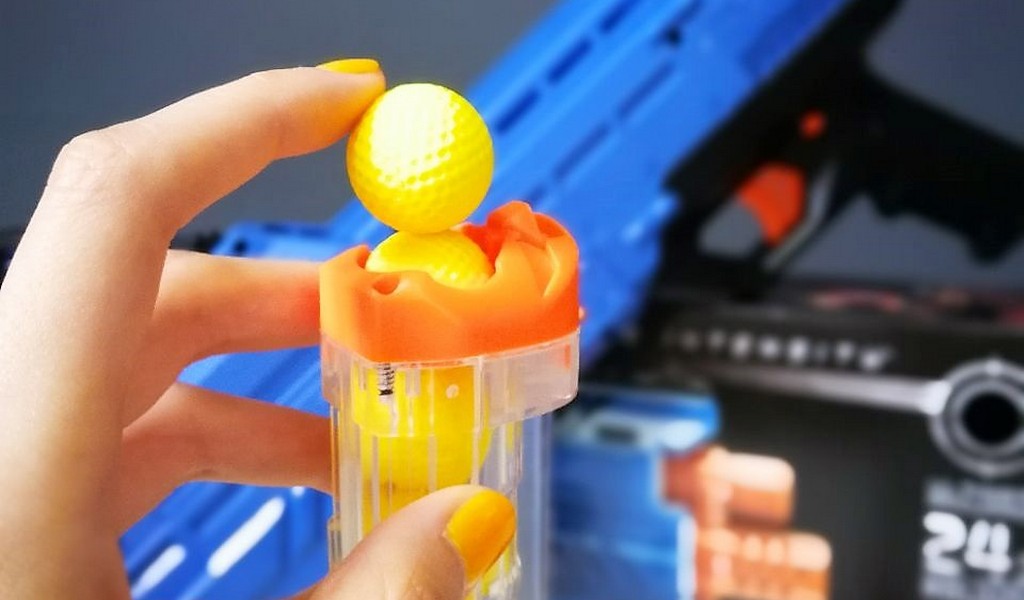 After I was locked and loaded, I decided to try taking down a row of Pokemon plushies that I had set up several metres away. After pointing the blaster at my unwilling sacrifices, I lined up my shot and pulled the trigger. It released with a pleasingly loud thunk, and the two rounds flew straight into their faces and blasted them off the stand.Wheeee! That was pretty great. I thought that Atlas may be inaccurate because it fires a pair of balls instead of just one, but I found that both rounds were generally quite on point. I set up and took down my plushie row quite a number of times, and the only times my shots whiffed were because of my poor aiming.

I tried firing the blaster without a target, to gauge its maximum distance. I shot the Atlas standing at one end of my hallway, which is roughly 10m in length. While my old Nerf darts covered barely half that distance, the Atlas balls very nearly hit the end, and bounced and rolled toward the wall. When you release the rounds, they manage to travel for about 4 to 5m before starting to drop. If you fire the blaster from chest height, they will probably cover roughly 10m in distance before touching the floor. 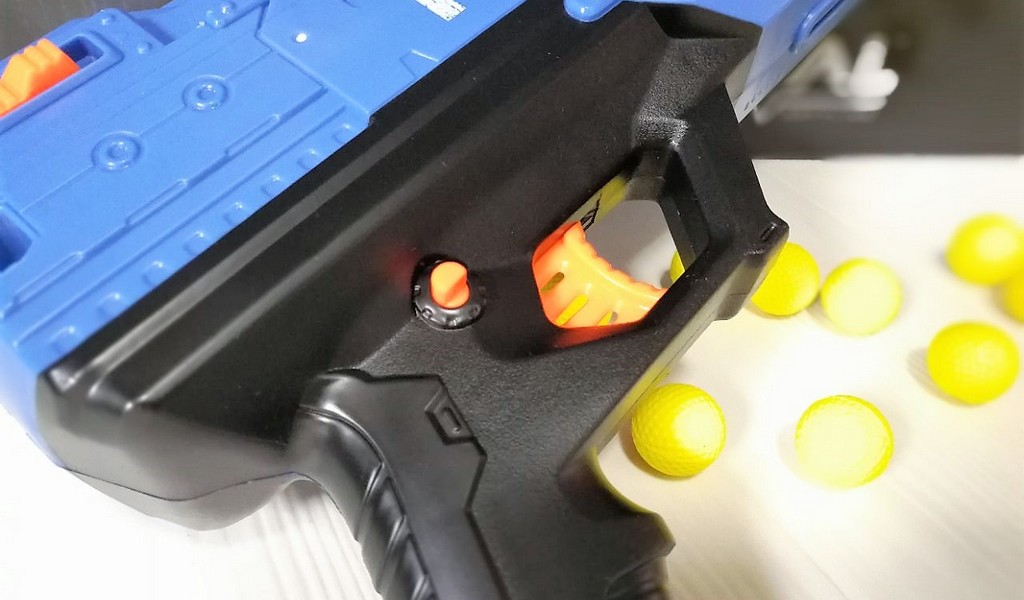 The Atlas box says that the rounds can go up to 80 feet per second. This sounds like it’ll be painful, but it’s actually not that bad. When I put my hand over the muzzle of the blaster and fired, it felt like someone had slapped with the back of a dessert spoon — kind of unpleasant, but not really painful. If you’re running around and get hit by one of these rounds, it will probably be a bit of a shock, but it’s definitely not even one-third of the way to paintball levels of pain.

While the spherical bullets are a lot more fun to shoot, they are also a lot more difficult to retrieve. Hasbro has helped by making each round fluorescent yellow, but still, they bounce and roll and ricochet and get lost very, very fast. Do also be careful if you have a dog or young children, as they’ll probably be a choking hazard if they’re eaten.

With the Rival blasters, I do think Hasbro is taken great steps toward making the Nerf line a little more grown-up. While firing the Atlas still doesn’t quite induce the same prickle of adrenaline as squeezing the trigger on a paintball gun, it’s certainly a great addition to the odd office Nerf War, and any Nerf fanatic should be proud to own one. 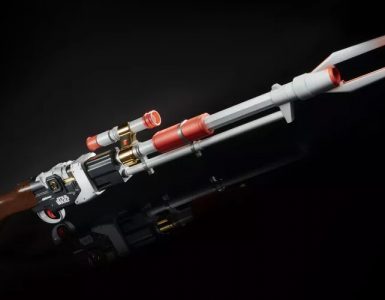 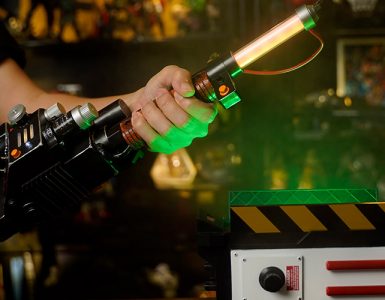 When there's something strange in the neighbourhood, you can now get the job done yourself with one of these. 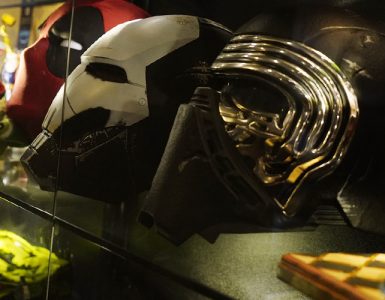