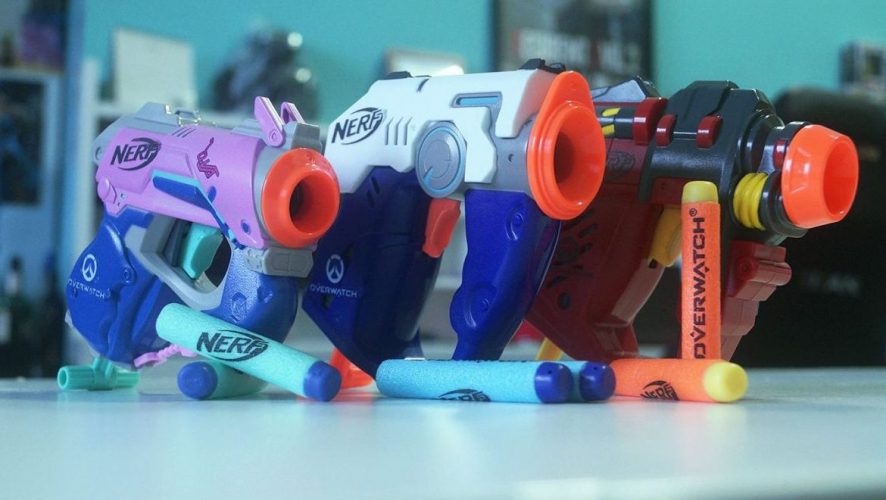 It’s been nearly three years since the release of Blizzard’s massively popular team-based shooter, Overwatch, and in that time, millions of fans have been drawn to the adrenaline-pumping action, sleek and streamlined gameplay, and performing skillshots with finesse, racking up a stellar K/D/A ratio (or not), and most of all, doing so with their main preferred character.

The widespread popularity of Overwatch meant the inevitable mass production of Overwatch-themed toys, clothing and other paraphernalia for you to show off your love for the game is upon us. 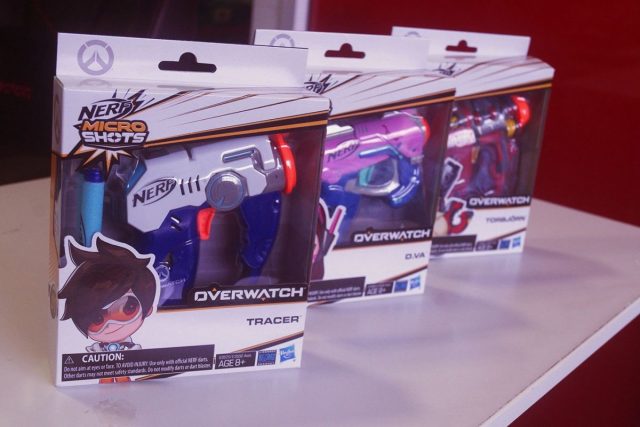 And what better way to honour a shooting game, than with replica Nerf shooters by Hasbro based on the weapons of some of the most popular Overwatch characters.

These are the Nerf MicroShots, the smaller-scale guns that shoot out two projectiles, one at a time. Of what Hasbro has released so far, only three Overwatch characters’ guns are available: Tracer’s Pulse Pistol, D.Va’s Light Gun, and Torbjörn’s Rivet Gun.

Design-wise, they’ve been adapted quite faithfully, including the darts, which have been coloured to suit the theme of the character. Still, these MicroShots definitely look more size-appropriate for a child rather than an adult if you’re considering doing some cosplay with them.

As with other MicroShots, these ones are loaded up by inserting a projectile into the nozzle of the gun and pulling back the catch at the bottom of the pistol grip. Then, just simply aim and shoot, reload, rinse and repeat.

And, like with other MicroShots, all the parts here are welded firmly together, meaning to say that all the parts of the guns in the original game that are supposed to move don’t budge at all. For example, the iconic spinnerets on Tracer’s Pulse Pistols don’t spin or even glow for that matter. 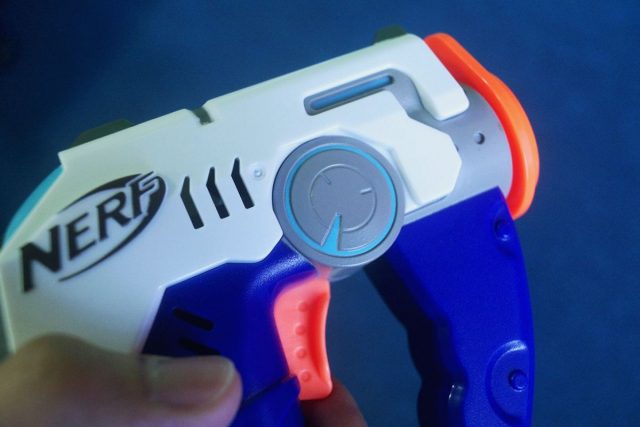 That said, it shouldn’t be a surprise considering the focus here is on the projectile-shooting of the MicroShots, although some of the more hardcore fans may wind up a touch disappointed at the lack of moving parts for added immersion. 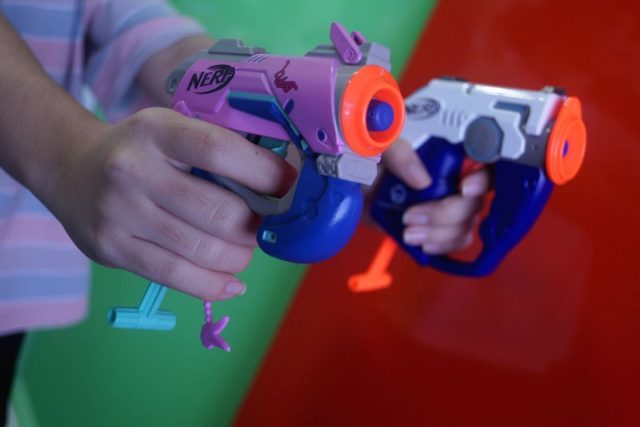 All of them function exactly the same, so then it’d be a matter of preference for your favourite gun. The price point of S$19.99 each seems a little steep for the MicroShots, so buyers beware if you’re the shrewd sort. But if you’re a hardcore fan that must have every piece of Overwatch swag, then go for it.

Make no mistakes, the Nerf MicroShots Overwatch blasters are a little (literally) bit of fun, but they’re best enjoyed by your kids, unless you’re a hardcore Overwatch fan.