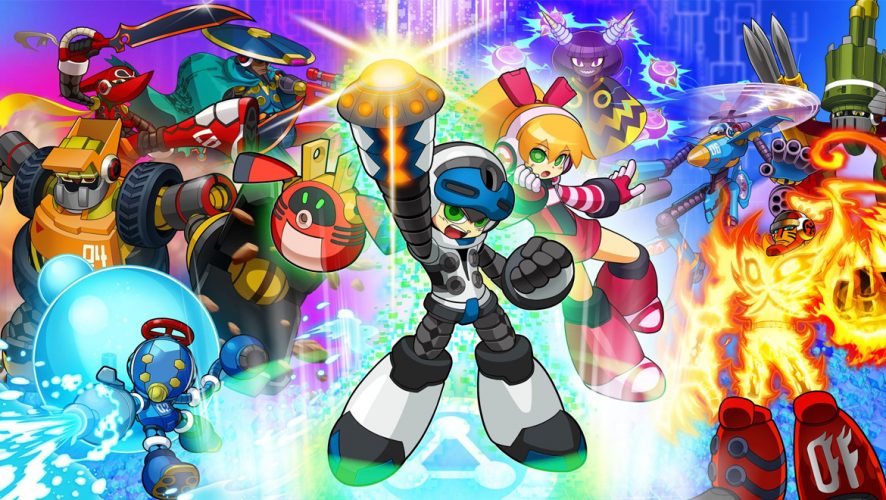 Mighty No. 9 puts you in control of Beck, the ninth ‘Mighty’ robot. A virus has infected robots in the United States causing them to become hostile and destructive, including the other eight ‘Mighty’ robots. It is down to Beck, with the assistance of Dr. White, to solve this mystery and put an end to the virus.

Sounds very familiar to another premise? That’s because it is supposed to be the spiritual successor of the Mega Man series.

The problem remakes or spiritual successors of a classic franchise face is trying to keep with the times.

The challenge is to create a game that fully utilises today’s technology, yet retain the essence or core mechanics of what made the classic game so popular in the first place.

Mighty No. 9 is the labour of love of Keiji Inafune, the lead illustrator and character designer of the mega-successful Mega Man series. 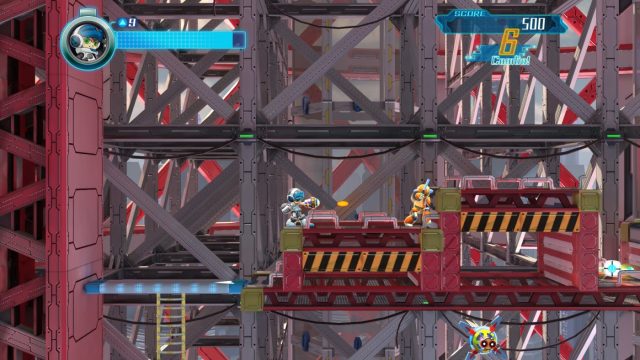 The game’s character design and illustrations show clearly Inafune’s strengths – his vision of what Mega Man and his universe would look like if given full creative control. Mighty No. 9‘s world is a kaleidoscope of colours that brings you back to the days of Mega Man 8. Very pretty to look at and pleasing to the eyes.

Characters in the game retain a simplicity in design that is true to the Mega Man series as well.

Is that a problem? Not if you are a big Mega Man fan. Unfortunately, for gamers who haven’t had the good fortunes of playing Megaman, Mighty No. 9 would feel like a dated game that came out five years too late.

At its core, Mighty No. 9 is a platformer which requires finger dexterity, good reflexes, and a quick study of patterns. You jump around firing your blaster at enemies and figure out the attack patterns of some of the more complex foes. 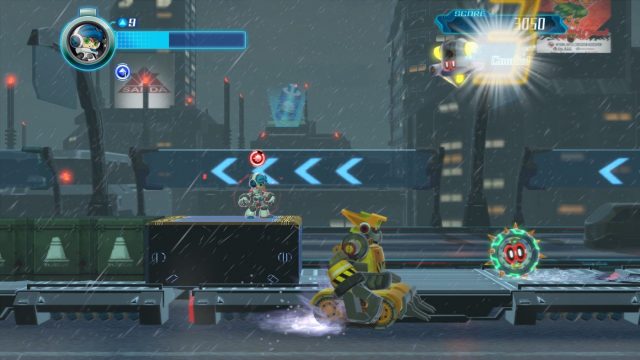 Master this and the game would prove a fun enough challenge for at least 10 hours of solid gaming. I say 10 hours because at least 3 to 6 hours will be spent replaying failed stages, screaming bloody murder, and pacing up and down the room contemplating if you should smash the controller at the screen. But that’s the beauty of the challenge and grind.

The game is split into levels with a boss at the end of each. Defeat the boss and you get to acquire his/her power to use. Classic Mega Man.

One of the biggest bugbears of past Mega Man games was that you couldn’t really use these new powers willy-nilly. You always seem to run out of ammo/energy for it. That has been fixed for Mighty No. 9. The new powers recharge with time or even faster when you kill enemies. It adds quite a bit of fun figuring out how best to clear a level with different powers. 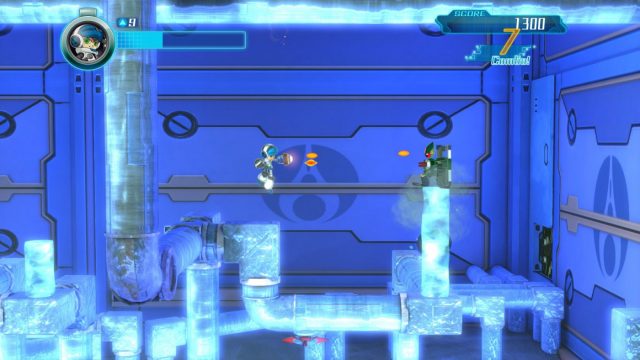 Another change to the core gameplay is the ability to dash into enemies when you have wounded them sufficiently. This allows Mighty No. 9 to assimilate the enemy and gain temporary power-ups like speed boosts and increased firepower. For boss fights, this mechanic also adds an additional layer of challenge – if you don’t dash into them at specific intervals, the boss will regenerate health.

A game lost in time?

This game will definitely go down well with Mega Man fans craving for a sequel. It pushes the right buttons and adds just enough variability in the dash attacks and alternate fire to keep the game fresh and updated.

For new players however, the game’s lacklustre story line, simple voice-acting and scripting, and less-than-stellar graphics would make the game more of a poor DS/Vita port than a proper full game on the PS4 (the pricing of the game does reflect this to be fair). 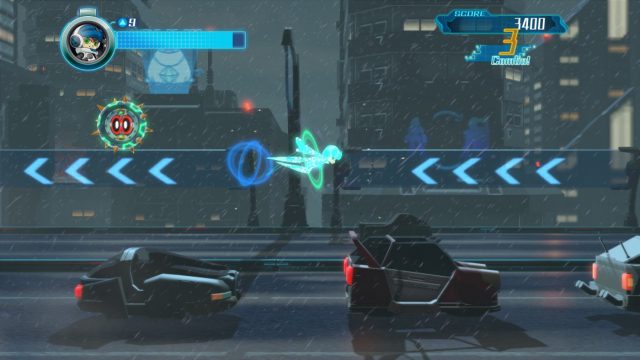 Don’t get me wrong, Mega Man games have never been played for the plot or voice talents, but in an era full of games that offer up a proper challenge coupled with great plot-lines and immersive story-telling, Mighty No. 9 seems very out of place.

In fact, the challenge of the game may be downright frustrating for new gamers who have not cut their teeth on 8-bit controller smashers such as Battletoads or Teenage Mutant Ninja Turtles; while the success of games such as Bloodborne and the Dark Souls franchise would suggest otherwise, Mighty No. 9 does not have the same kind of engaging story line that provides proper motivation for people to carry on with the game.

At the end of the day, Mighty No. 9 will be great for nostalgia-hunters to scratch an itch, but will not be converting too many new fans.

A great game for the long time fans of the Mega Man / Rockman series. Not so great for newcomers to the franchise.