Roguelikes are undoubtedly one of the more popular genres in modern gaming, with many new hopefuls trying to capture the magic of big hits such as Hades. Still, it’s a hard task considering the various aspects that need to go into the experience, while also maintaining the balance between gameplay and challenge. For Cuddle Monster Games and Super Rare Games’ Lone Ruin, the twin-stick shooter roguelike just about blends into the crowd of other contemporaries, without truly breaking through.

Allowing players to step into the shoes of an unknown mage, Lone Ruin is all about exploring a magical city while building up power of your own to take the fight to the creatures that seek to end your life. There really isn’t much narrative setup here, preferring to let the gameplay do the talking as players jump into one run after another. This choice works both ways, making sure players are not encumbered by the need to keep up with a sprawling story, but also lose the opportunity to engage them further by investing in a gripping tale.

Yet, for a game that is meant to be experienced over and over again, Lone Ruin lacks a certain degree of variety that can help prolong the enjoyment. This extends to broadly almost everything that lies ahead, from character development to world design.

As a mage, having spells of varying nature and effectiveness is always going to make or break the journey, and Lone Ruin just does not provide enough freshness in that regard. Beyond the available spells at the start of the run, there simply are not enough new spells to bring the excitement, and even when you are blessed with another option, the utility and drawbacks never truly make them worth it.

That same malaise affects the upgrades in Lone Ruin too. Although they are all beneficial in one way or another, there seems to be little need for experimentation once an effective combo is found, leading to all the other potential upgrades falling by the wayside. If a roguelike is constantly playing out the same way with the same options, then it is not exactly fulfilling its potential at all.

This also applies to the game world, where the ruins end up largely looking the same. Despite the visuals being quite eye-catching, the colours and designs are not helped by the lack of variety in the world, with ruins hardly ever looking different when you have dived into multiple runs.

All of the issues contribute to a roguelike experience in Lone Ruin that seems to just exist without necessarily doing anything that is outstanding or making it worth your while. The last thing players want is to be bored, and when the world is not making it enticing enough to keep exploring, that’s a huge bummer.

At least the combat itself is still serviceable, with plenty of enemy encounters bringing a level of challenge that will please those looking for a good fight. There are also certain rooms that amp things up in exchange for a better reward, which helps to spice things up just enough for every run. Unfortunately, the inconsistency remains, with bosses sometimes being worthwhile adversaries while being minor bothers on other occasions.

In a sense, Lone Ruin does not benefit from being a roguelike at all, instead delivering an adventure that seems more suited for a singular run with diversions thrown in here and there like the wave-based survival mode. Its approach borders on simplicity without the hooks to draw players in, although it is a solid effort in what could be the first step for a more intriguing roguelike down the line. Lone Ruin will likely appeal to newcomers to the genre as a welcoming first outing, but for genre veterans, this is one ruin that you will be better off not exploring.

A roguelike that fails to break through the flood of other similar releases, Lone Ruin is better off as a first taste of the genre rather than another gem to be enjoyed by the main audience. 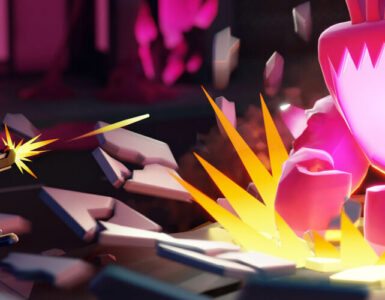 A decent twin-stick shooter made for parties. 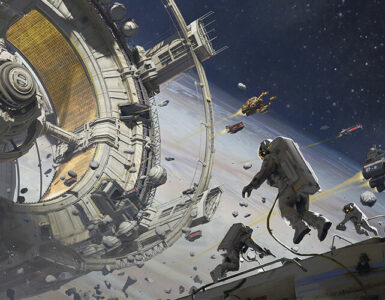 A city builder and management sim beyond the stars.