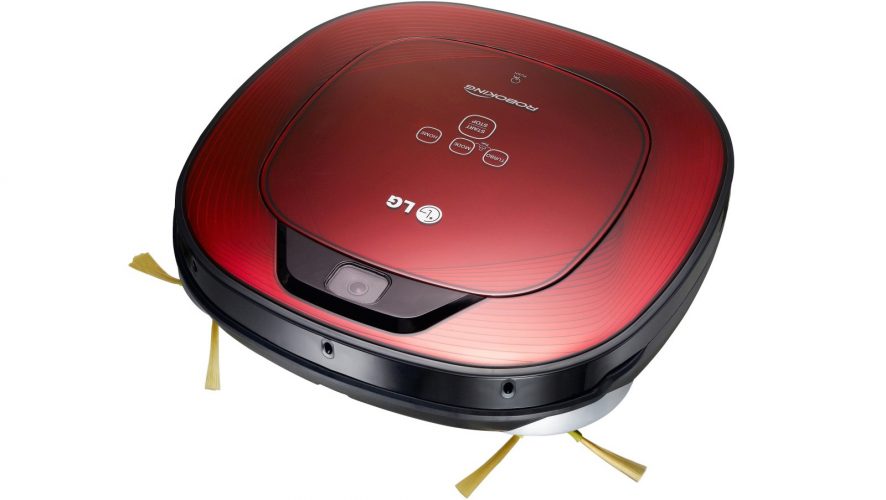 “What does an automated vacuum cleaner have to do with geekery? Since when did you start reviewing household appliances? Have you gone domestic on us?!”

I’ll have you know that “automated vacuum cleaners” qualify as robots in my book. And robots are geeky, OK? Don’t argue with me one this one, you know I’m right!

More Than Meets The Eye

The home appliance market has seen quite an explosion in automated vacuum cleaners in recent years. It used to be just iRobot and their signature Roomba series half a decade ago, and these days it seems like every major electronics manufacturer has one of their own to offer. What then, makes this one so special?

Well, for starters, the LG Hom-Bot Square enters the fray as a premium model. Priced at a very substantial $1299 here in Singapore, it certainly stands head and shoulders above it’s competitors in terms of cost.

Is it worth paying that much more for the Hom-Bot Square, or should you stick to it’s more affordable robotic brethren? Let’s find out!

Almost immediately, the striking appearance of the Hom-Bot Square makes an impression. While most other robot vacuum cleaners tend to lean towards more utilitarian designs, the Hom-Bot Square was clearly built with aesthetics in mind; it is as much a home fixture as it is a cleaning appliance.

The glossy finish might be a magnet for stains, dust and fingerprints though, so you’d want to give the Hom-Bot Square a good wipe every now and then to keep it looking nice and pretty.

I actually own a Roomba as well, and I’ve been very happy with it for the past year and a half. I have the misfortune of having a residential development right across the street at the moment, so you can imagine just how much dirt it sucks up on a daily basis. The Roomba screams pure brute force, much like an American muscle car (which is of course fitting, seeing as Roombas are designed and assembled in the US of A). Not very subtle, but it works. Hard.

Comparatively, the Hom-Bot Square is much more subdued in it’s operation. For one, it’s SO MUCH quieter than any other robot vacuum cleaner I’ve seen on the market. It’s like the Red October submarine in the eponymous Tom Clancy book-slash-movie – discreet and (almost) silent, yet powerful. I’ve actually fallen asleep on my couch during a Hom-Bot Square cleaning cycle, which to me is almost worth the price of admission alone.

Good luck trying that with a Roomba, though; you might as well try taking a nap on the airport runway while you’re at it.

No, I was just trying to make a point. Please don’t do it.

While most other robot vacuum cleaners pride themselves on their relative simplicity, the Hom-Bot Square eschews that in favor of a massive list of features, with a multitude of “Smart Cleaning” modes, an ever-useful “Turbo” boost function for when you need that extra bit of sucking power (heh), and even a “My Space” feature that allows you to designate a specific area to be cleaned whenever you wish. 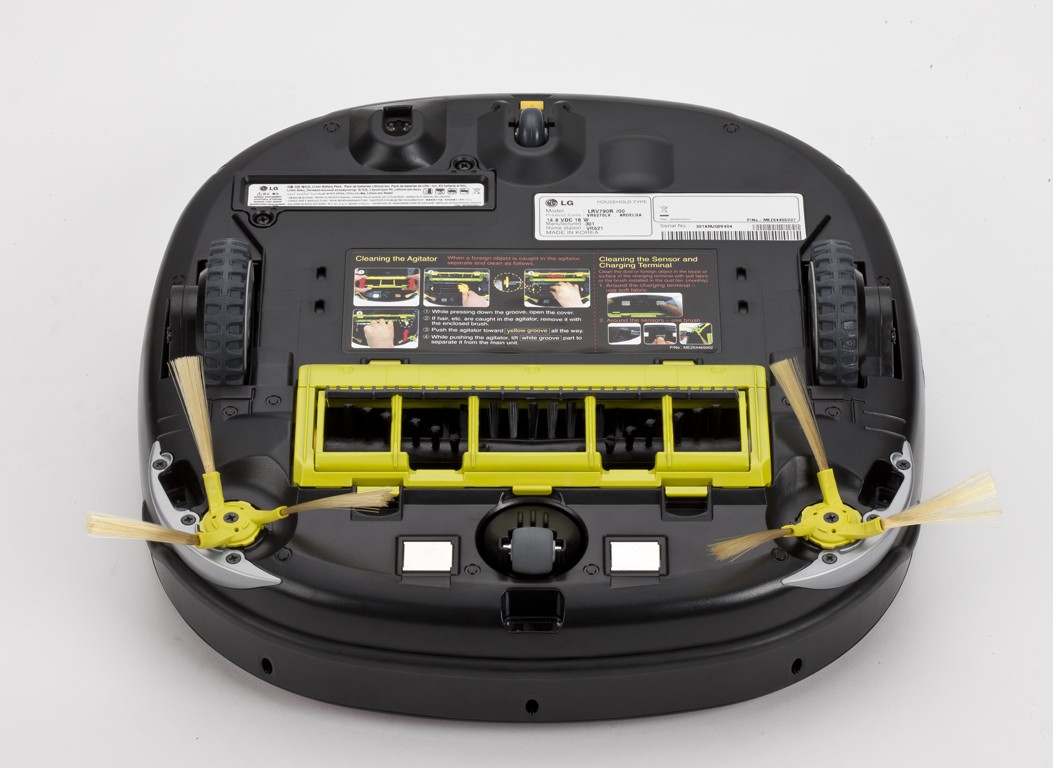 Of course, the usual scheduled-cleaning functions are also present; after all, what’s the point of keeping a robot vacuum cleaner around if it can’t do it’s job without you?

One glaring omission, however, is the ability to schedule operations for specific days of the week only; it’s either you put the Hom-Bot Square to work everyday, or you don’t. For all the features that it boasts, this sticks out like a sore thumb.

But the real star of the show has to be the remote, because it actually lets you assume direct control of the Hom-Bot Square! I’m not talking about just telling the Hom-Bot to return to it’s charging station or switch modes here; you can literally drive it around manually like an RC car if you so desire, and frankly, for a geek like me, that just never gets old.

But Will It Ble- I Mean, Clean?

Enough of the snazzy extras, let’s talk about how well the Hom-Bot Square does what it’s designed to do: suck the dust from your floor.

I’m told that one of the key design elements of the Hom-Bot Square is that its… well, square-shaped. I mean, it’s right there in the name. What does this mean exactly, though? Is it purely an aesthetic choice, or is there more to it?

Apparently so! The relatively angular design of the Hom-Bot Square allows it to handle corners much more effectively than other robotic vacuum cleaners.

After spending a few weeks with it, I have to say that the Hom-Bot Square does a remarkably good job at pulling dust out of tight spots, especially when you couple the squarish design with the fact that it has 2 rotating brushes instead of 1.

In terms of verticality though, the Hom-Bot Square falters slightly. It’s low profile allows it to clean effectively under couches and various other low-slung furniture, but it also means that the clearance between the floor and the Hom-Bot Square is tiny.

This can result in the Hom-Bot getting stuck on minor protrusions and elevated surfaces, such as rugs or mats. I would strongly recommend that you get any carpeting out of the way of the Hom-Bot Square to avoid such occurrences.

Unlike other robot vacuum cleaners, the Hom-Bot Square’s dust bin is concealed by a panel that opens up from the top of the machine. The bin has a pretty large capacity (0.6L, I’m told) and has a handle of it’s own so that it can be lifted out of the Hom-Bot Square when it’s time for it to be emptied. This is a welcome change from the sliding bins found in most other devices and minimizes the chances of errant dust getting out during the process.

The LG Hom-Bot Square comes with a huge list of useful features, and incorporates a number of sensible design philosophies. It also comes with a hefty price tag that is arguably justifiable thanks to it’s stellar performance. If you are in the market for a reliable and effective automated vacuum cleaner, and are willing to spend a little more, the LG Hom-Bot Square should undoubtedly be at the top of your list.

One should bear in mind, however, that unless you live in a dust-free environment to begin with, a robot vacuum cleaner will never completely replace traditional cleaning, though the LG Hom-Bot Square certainly comes pretty close!