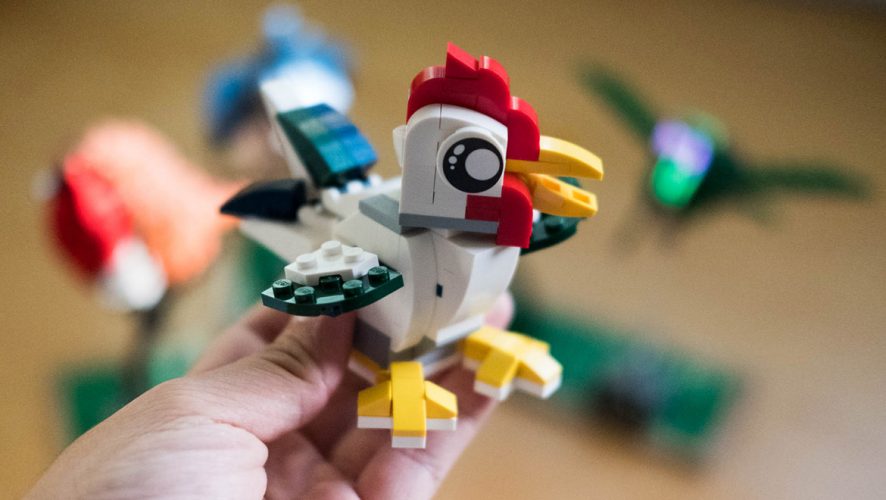 The past couple years we’ve seen LEGO grace us with special limited sets each honouring the zodiac animal of the respective Lunar New Years. For 2017 – it starts January 28 if you’re still unsure when to start avoiding awkward questions from the family – we’re getting a pretty brilliant rendition to wing in the Year of the Rooster.

Leading with a bright orange and yellow packaging is the box containing the 40234 Year of the Rooster set. You’ll notice right off the bat that you’ll get to fill in the name of the lucky one who gets this set. Also included within is an unique yellow packet in place of the traditional red packet (hong bao/ang pao if you speak Mandarin or a variant dialect) that elders usually pad with cash to gift to the younger and/or single ones in the family as a form of blessing and wishes of fortune. 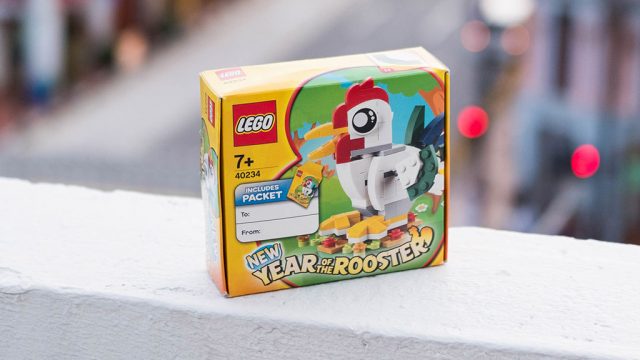 The brightly coloured figure stands on a round platform that spans roughly 8 by 8 studs and is decorated with simple depictions of flowers, greenery and what I assume is gold pieces. All these little touches make for pretty meaningful stuff especially for the Chinese as they tend to represent the many aspects of well-wishes including abundance of wealth, happiness, luck, and even growth in one’s education and/or career.

You’ll find the adorable bird comes equipped with a couple of moving parts as well to keep interesting. The jaw of its beak opens, its wings rotate around a standard fare ball-head piece. It’s head rotates left and right with (fortunately!) limited movement due to some well-placed single-stud squares doing double duty as a rooster’s wattle and as stoppers. You’ll also find the tail feathers spread quite beautifully no matter how you decide to “bed-head” the 7-feather arrangement.

All in all, this is a rather egg-cellent set with enough variety, movement, and colour in its small stature to keep anyone interested. Getting curious stares while I put this beautiful piece together in a Starbucks was worth it. It’s just a very interesting figure from LEGO, building it was a splendid experience, and I personally like this more than the previous years’ iterations. As someone who has a dog and both parents also born in the year of the mutt, you can imagine my anticipation for next year’s set if set improvement continues at this rate.

Right now, you’re only able to grab the Year of the Rooster set with S$88 on LEGO products in a single receipt at select LEGO stores, and do expect a limited run.

If you don’t already have a solid excuse to grab some of those brand new LEGO City or The LEGO Batman movie tie-in sets, this Year of the Rooster deal comes just in time, after all LEGO is supposed to be fun for the whole family – just don’t say I helped you hatch this plan. 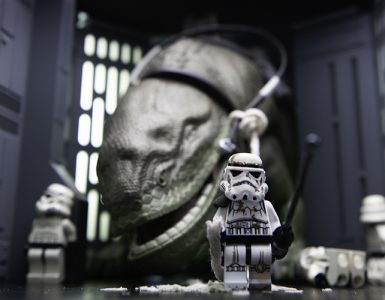 Every photo can tell a story. A toy story.

Learn all about the iconic bricks from the comfort of your home.

Get an exclusive Golden Castle Chibi Figurine with a 5-set bundle pre-order!