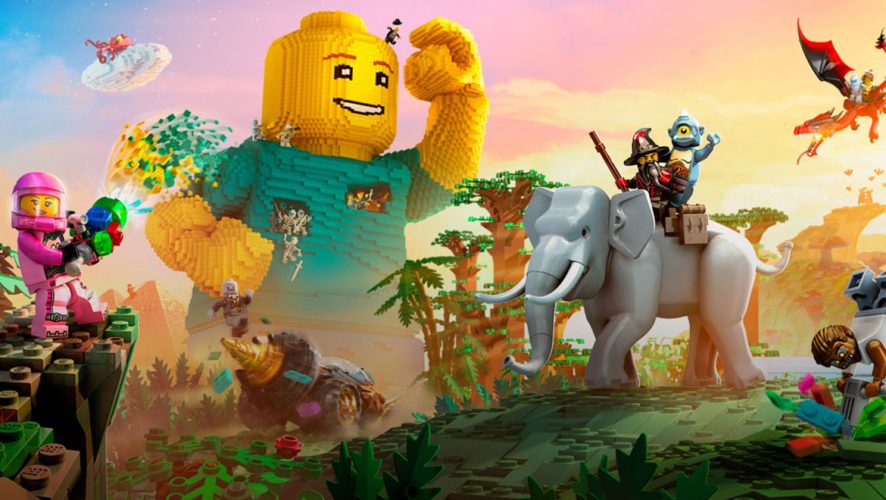 Traveller’s Tales unleashes their latest LEGO-based game, but this time you have all the freedom in the world to do whatever you want. Unfortunately, that means a lot of fetch quests. Like a LOT. Even more than Final Fantasy XV.

Gameplay in LEGO Worlds is very simple and boils down to finding a minifigure with a mission, giving them whatever they want (which may or may not require some searching and interaction with other minifigures), and then getting your reward. Everything is basically a fetch quest, whether it takes the guise of an actual fetch quest, painting something a specific color, taking a photograph of something, or building a specific item. Only the ‘defend a minifigure’-type of missions allow you stay put and beat other minifigures who are trying to beat up the minifigure who has something you need. 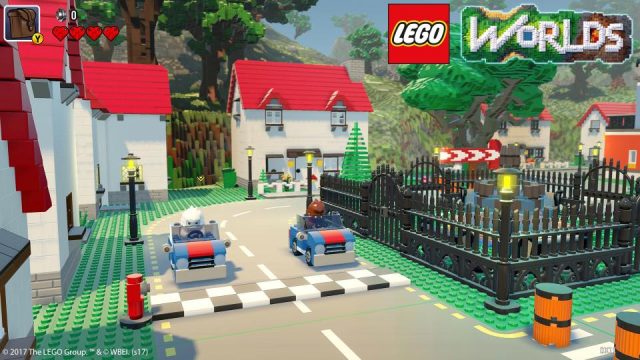 There are various tools that you will receive during the three tutorial worlds at the beginning to take care of most of these missions, but really, these tools are so that you can build to your heart’s content.

First and foremost, you get the Discovery Tool. With this tool, you can “discover” all sorts of pre-built LEGO minifigures, animals, vehicles, plants, objects, and even plans for bigger structures (like gingerbread houses and thieves’ hideaways). You basically make a copy of whatever happens to be in front of you, pay the number of studs required to unlock it, and voila, you can make as many copies as you’d like of your new discover. Not everything is discoverable right away; certain animals and all minifigures can only be added to your inventory after you’ve completed at least one mission for them.

Next, you get the Landscape Tool and the Paint Tool. The Landscape Tool allows you to make mountains as high as you want, valleys as low as you want, or just flatten an entire section of the map down to whichever level you use. The Paint Tool, as you can guess by the name, allows you to paint nearly anything into whatever color you’d like. However, it’s not just colors you can change, but also occasionally the properties of what you’re painting. For example, once you unlock the lava or ice paint swatches, you can turn anything into molten rock, or slippery surface.

And finally, you get the Copy Tool and the Build Tool. The Copy Tool allows you make a copy of whatever large structure you think looks cool (as large structures are not discoverable the same way the small things are) and save it as a plan along with all the other plans you may have already found. The Build Tool, on the other hand, let’s you build stuff brick-by-brick, so long as you’ve found the various bricks you need (more on this in a bit). 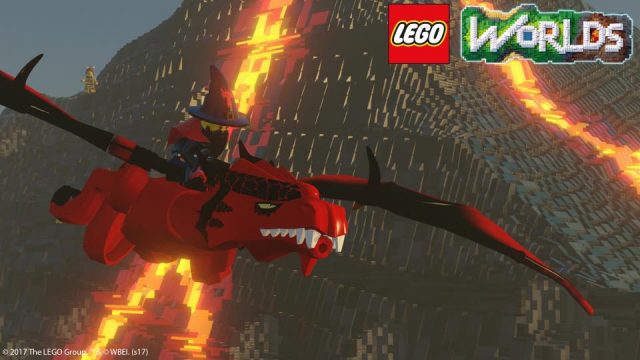 You also get a backpack where you store various items needed for the fetch quests, as well as further tools you unlock by receiving Gold Bricks. The tools you’ll get are the Camera, the Lantern, the Grapple Gun, the Block Gun, and the Jetpack. The other items are mostly things needed for fetch quests, and some items, like instruments, weapons, and tools, that can also be used to defend yourself or do some other neat thing like drill to the center of the world or serenade some cows.

But even with all these things to do, missions become very repetitive, very quickly. Even getting new bricks is simply a matter of chasing down Troublemakers (little green monster-y minifigures) whenever they show up to take whatever brick they’re carrying away from them.

But all of that is just prelude to the actual meat of the game, and that is creation.

These worlds can come in various kinds of biomes (forest, tundra, underwater, desert, junkyard, candy-coated, etc.), with various kinds of minifigures, animals, vehicles, plants, objects, and structures for you to discover. I have to assume that once this game really gets going, either the developers or users will further populate the possible worlds you can come across. 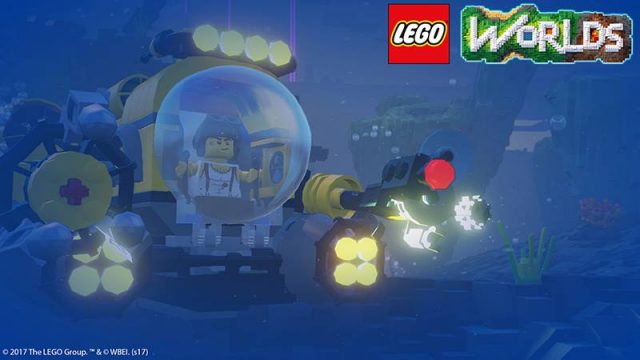 That said, the different random worlds can start to feel pretty similar after a bit, so I really hope user-generated content is available sooner rather than later.

The real joy of this game, however, is being able to create your own worlds. All the tools you receive in the early part of the game are incredibly powerful editing tools, allowing you to shape terrain, cover it in various kinds of surfaces, and add all sorts of details that you either build yourself, brick-by-brick, or build with the help of plan you found or copied. You will need 100 Gold Bricks before you can get to this level, though, and that is a problem.

Unlike other TT LEGO games, everything in LEGO Worlds is actually built using LEGO bricks. Gone are the non-LEGO rocks and plant-life of Star Wars or the non-LEGO buildings of LEGO Marvel Superheroes, or the non-LEGO forests and streams of LEGO Lord of the Rings. This means literally everything is copyable and buildable, which is perfect for a game that is based on exactly that. It has always bugged me a little that not everything was built in LEGO in the other games.

I am also incredibly in love with Peter Serafinowicz incredibly soothing narrator voice. You will mostly hear him in the beginning of the game, during the tutorial planets, but he will pop up from time to time as you unlock and discover new things. In fact, his rendition of the word “unlocked” is to die for. It’s similar in tone to other (and better) world-creating game LittleBigPlanet, but with a little more sexy thrown in. 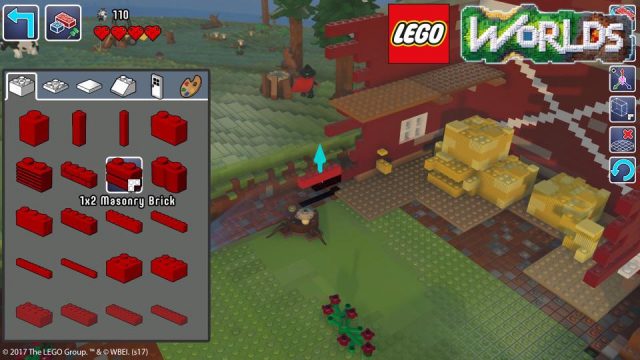 The camera can get quite wonky during gameplay. This is even more annoying in any biome with large peaks and valleys, or when you’re underground or underwater. As you try to get a better angle on whatever it is you’re doing, your camera will often end up behind or even inside a large, opaque structure or bit of landscape.

The controls on the PS4 are damn fiddly too. This is one game that probably plays much better on PC (and this is something I never say because I dislike playing video games on a PC). All the different wheels and menus very clearly need some hotkeys and a mouse. On top of that, there is no search function for all the various things you discover, making even the building aspect of this game (aka the best aspect of this game) also a chore.

The real draw in this game is of course to build all sorts of nonsense using LEGO bricks in the way you can real life. There’s even a satisfying click sound effect when you put bricks together. Unfortunately, you need to jump through so many hoops, and the controls are so fiddly, it’s almost not worth the effort.

LEGO Worlds is quite the powerful editing tool and world builder. Unfortunately, there’s a lot of repetitive gameplay to get through before you can actually use it. Everything feels too similar within the game, and there isn’t even a proper narrative to distract from this (like in every other TT LEGO game).