When it comes to the crossover between video games and the popular building bricks known as LEGO, there have certainly been more hits than misses. Much of that has to do with not actually using the bricks as they should in reality, but instead as a medium to deliver action platforming, racing, and the like. For Thunderful and Clockstone’s LEGO Bricktales, it chooses the other route, focusing more on putting plastic bricks together to solve puzzles, and the result is a strong foundation, though there are elements plagued by niggling issues.

Starting things off, players will take on the role of a dutiful grandson, trying to help your wacky grandfather get his dilapidated theme park up to speed before the powers that be shut things down. The only way to do that is to use Happiness Crystals, objects of power that can revitalise the various attractions, but only obtainable by jumping through a portal into a selection of worlds, and helping out other LEGO folks in trouble.

Essentially, that introduces the various levels of LEGO Bricktales in the form of dioramas teeming with details and secrets. If you have had the chance to play Captain Toad: Treasure Tracker, the setu pis the same. There is no platforming here, no jumping around, just keeping your LEGO feet grounded and seeking out the spots where your building skills will come into play.

Naturally, with developer Clockstone’s pedigree with its Bridge Constructor series, players will need to understand the basics of foundations and physics when it comes to the many puzzles in LEGO Bricktales. In order to proceed in the diorama world, certain objects need to be built, whether it be a bridge, a staircase, or even a helicopter to traverse dangerous heights.

There are no inherent instructions here to guide you, with only your imagination and vision that will bring things to life. Given a set of bricks in each puzzle, you decide what needs to go into the solution, and whether or not the final product passes the testing procedures. In some cases, there are also limitations like height to keep things from spiralling out of control.

Take bridges, for example; players will need to think of how best to support sections across a chasm, be it with support struts above the ground or using good old pillars below to hold weight. Once you have put together a possible solution, run the test, and hope for the best. If experimentation with LEGO bricks brings you satisfaction, then LEGO Bricktales will certainly scratch that itch.

At the same time though, it is this structure that can become a big problem for those not well-versed in putting together things that can work under the normal laws of physics. The game gives you freedom, but that comes at the price of not providing proper guidance at any point in time. Get stuck somewhere, and it’s pretty much impossible to move on. Making puzzles challenging is not a bad thing at all, but not being able to discern just what is wrong with your particular solution is perhaps one step the game could have taken to smooth things over.

It most certainly doesn’t help that the controls in LEGO Bricktales are not the best for such a game, especially on a console. Trying to rotate your view, zooming in and out, and trying to find the exact spot you want to place a brick can be frustratingly difficult. Add to that various elevation levels and you have a recipe for disaster with every puzzle, especially when things get more complicated.

Outside of the puzzles, navigating the world can also be a hassle. LEGO Bricktales takes too close of a view to the action, going in tight on the player character when exploring. If you hope to have a better view of things, you will need to stop what you are doing, zoom out, and rotate the diorama. This constant stop-and-go is less than ideal, and even more so when you are trying to figure out the various secrets lying around.

The more you are able to solve, the more the worlds of LEGO Bricktales open up. New abilities like having a whip to swing around and being able to generate electricity give players more reasons to go back to completed worlds, and pick up more collectibles and currency to purchase different customisation options.

Puzzles can also be revisited with the enhancement of a sandbox mode, where you can utilise other pieces in varying colours to jazz up your creations. While not exactly necessary, it taps into the idea that LEGO should be all about expressing yourself, and that becomes easier when you already have a set solution in place.

Nevertheless, it is rare to find a game like LEGO Bricktales, which embraces the building aspect of things rather than going the more tried-and-tested route. It will be the closest thing you can get to building LEGO in the real world without the investment or mess, but this good idea comes with its own challenges when it comes to the controls and, to a lesser extent, the lack of a helping hand. Hopefully, this will only be the beginning of a new way to look at LEGO games, and certainly a good foundation to build off of.

LEGO Bricktales is available on the PSN Store for $41.90.

A fun, new way of approaching LEGO games, LEGO Bricktales is only let down by poor camera controls and not providing players with just a little more help. 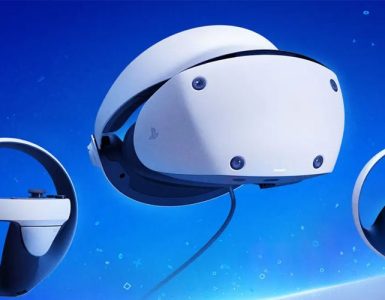