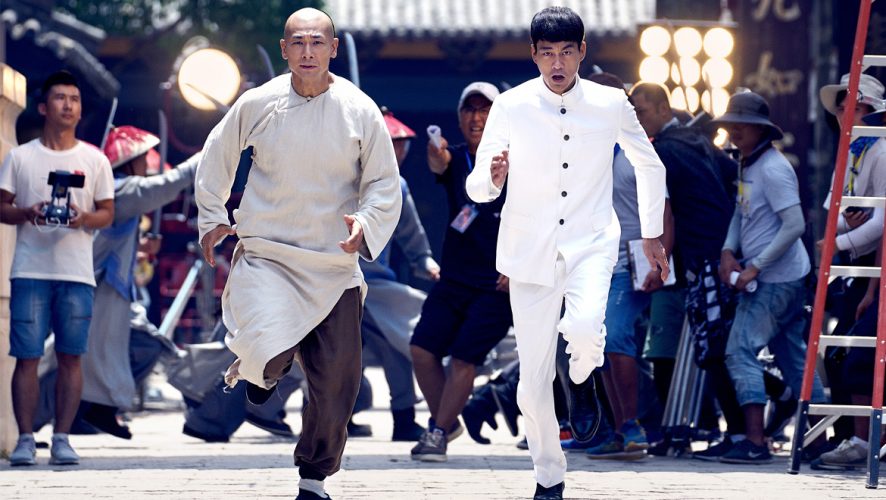 We wonder whether this counts as blatantly false marketing. It is like paying one ticket to watch four iconic action heroes coming together to kick some ass. But this isn’t Avengers assembling. Heck, it’s not even Justice League. Think Power Rangers, without any direction.

We should have known better after looking at Lau’s filmography. The commercially successful director, producer, writer and occasional actor, is known for Stephen Chow’s hit flicks A Chinese Odyssey Part One: Pandora’s Box (1994) and A Chinese Odyssey Part Two: Cinderella (1994). He is also the man behind ridiculous movies like Kungfu Cyborg: Metallic Attraction (2009) and The Fantastic Water Babes (2010). Even if you haven’t seen these disposable comedies, you can tell they aren’t any masterpieces in hiding, judging from their titles.

We were a little suspicious about the premise of the movie as well. The four characters are brought to present day after a comic book artist wishes for them to help him win a girl’s heart. He needs to win a martial arts competition and take home the prize money, so that those around him would not look down on his status as a pauper. Yup, you read that right: the four legends travel through time to our world, so that they can train a geek to fight off bad guys, and live happily ever after with the girl of his dreams. 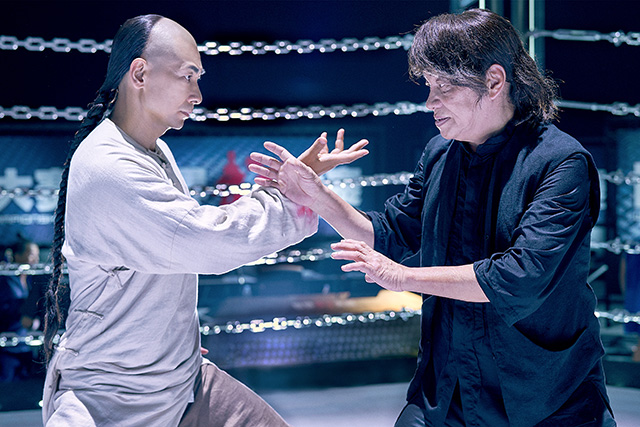 This is the part where action stars Donnie Yen and Jet Li, who have played at least two of the four masters in other far better productions, laugh as they turn their backs on this travesty of a movie. It does make you wonder what they really think of this cash grab masquerading as an ultimate kung fu flick?

Instead, the producers went and approached the b-list stars who have portrayed these characters before. Vincent Zhao is still effortlessly charming with his role reprisal from the Once Upon A Time In China film and TV series, a role he took over from Jet Li in the 1990s. Dennis To looks aptly in place after having portrayed the titular character in The Legend Is Born: Ip Man (2010), but his role is wasted. 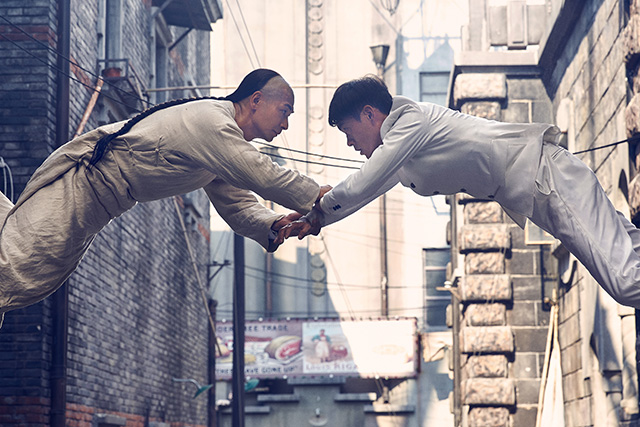 Danny Chan is a Bruce Lee look-alike (his sculpted bod gives him extra points), who has played the iconic actor in the TV series, The Legend of Bruce Lee, and thus tasked to play Chen Zhen, while martial arts-trained Andy On is dashing enough to don Huo Yuan Jia’s robes. But they are a bad fit for the poorly written script.

If you were a fan of any of the four kung fu legends, you may end up being disappointed by how they are treated in this movie. Master Wong is a righteous man who is unaware that his beloved Thirteenth Aunt is cheating on him (the travesty!), Chen Zhen is nothing more than a sidekick to the boastful Huo Yuan Jia, while Master Ip is, well, without giving away too much of this character – not as he seems. It’s better not to ask. 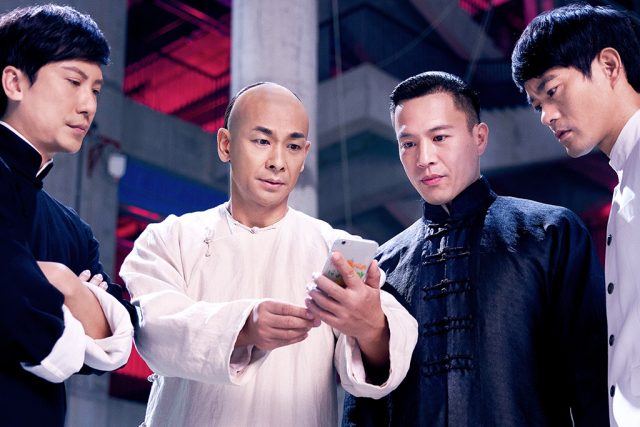 There may be some funny moments in the 102-minute comedy (the heroes ride horses on a modern day expressway), but most of them fall flat (an unnecessary shout-out to a villain who looks like Jay Chou). In fact, some of them are downright embarrassing (they have to kiss each other to get a free meal at a fast food restaurant). The movie also feels dreary whenever the plot moves its focus on the boring comic book artist, and his dream to beat the bad guys. Don’t even get us started about how the antagonist morphs into a cyborg-like creature in the finale.

While there are some nicely choreographed fight scenes (kudos to Leung Siu Hung, the action director behind 2008’s Ip Man), you’re better off firing up the older films on DVD or on Netflix. what the filmmakers also got right is the casting of the four kung fu heroes.

This league needs to be disbanded.

We hope the legendary kung fu icons won’t be rolling in their graves after knowing how they are portrayed in this embarrassing action comedy.