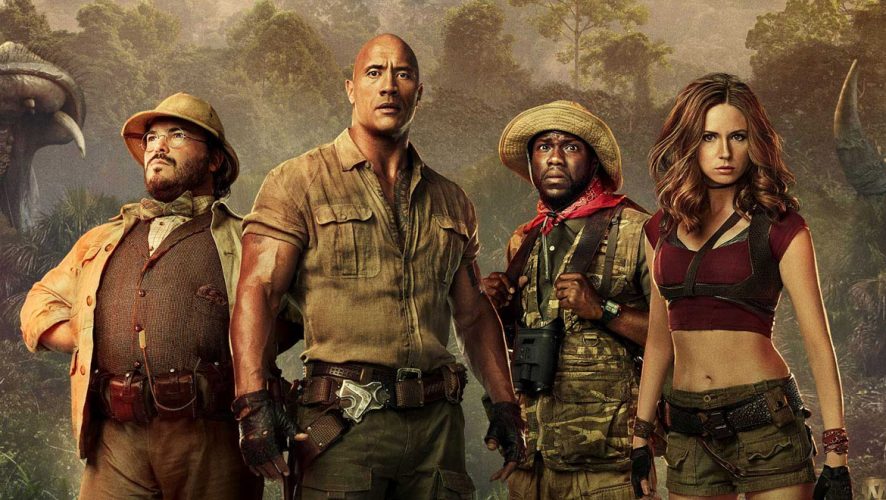 The Robin Williams’ 1995 classic, Jumanji, sold itself as a board game with real life consequences, as actions done for the game turned into real life events that players had to experience and overcome.

Instead of rehashing the premise in what can easily be an unnecessary sequel, Jumanji: Welcome To The Jungle has transformed itself, by changing the rules of the game.

Instead of a board game that frankly, few people will play, the new Jumanji has gone digital, and evolved into a modern video game, filled with avatars, player statistics, levels to beat and even a life bar. But the foundations remain the same – It’s a game for those who seek to find a way to leave your world behind. 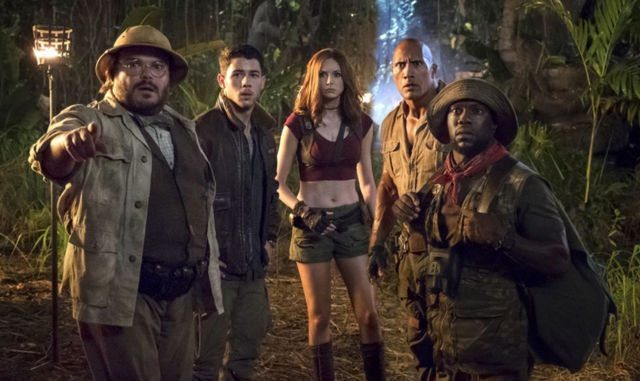 In comes four students with little to no links to one another, only to find their curiousity piqued when they chance upon Jumanji 2.0, and find themselves sucked into the digital world.

To call this version a sequel to the original would mask the fact that Welcome To The Jungle is part homage, part sequel and a worthy follow up to the first film in many ways. The rules of the game has changed somewhat, as instead of seeing elements of the game invade the real world, the real world characters have now been sucked into the digital world, where they have to complete a massive quest before they can reach the end, and win.

While the original had the comedic genius of Robin Williams to carry the film, this one requires the use of 4 stereotypes, gleefully portrayed by Dwayne Johnson (Dr Smolder Bravestone) as the everyman hero, Jack Black (Professor Sheldon “Shelly” Oberon) as the genius, Kevin Hart as the comedy relief (Franklin “Mouse” Finbar), and Karen Gillan (Ruby Roundhouse) as the sexy hot female character.

But more than that, the four leads are actually playing in game avatars of the four students, so they have to inhabit those characters as well. Nerdy Spencer Gilpin (Alex Wolff) is now the ultra alpha male Bravestone, while jock Anthony “Fridge” Johnson (Ser’Darius Blain) is the goofy Finbar. Shy bookworm Martha Kaply (Morgan Turner) is now the super hot Roundhouse, while vapid Bethany Walker (Madison Iseman) must get used to being a man, in the form of the middle age Oberon. 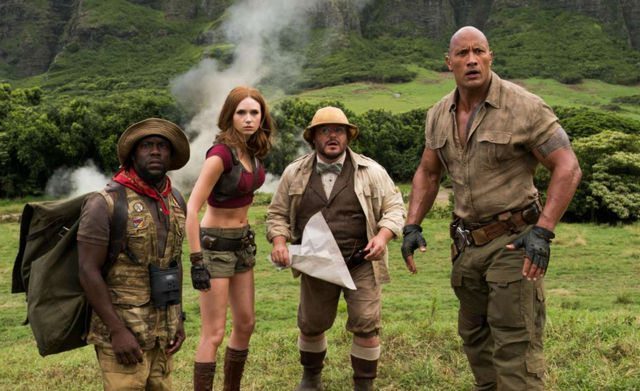 While Johnson, Hart, Gillan, and Black naturally relish in playing to expectations just for laughs, it’s Black who truly goes the extra mile in embracing his role of a man trying to play the role of a girl inhabiting the body of another man. Sure, it’s rather like the role he played to a T in Tropic Thunder, but everything he does, from fawning over a guy who looks like he’s part of a boy band, or finding out that he, or is it she, has a penis, and he needs to pee.

Truth be told, the movie’s trailer basically revealed quite a bit about the film, but if you’re not watching the film, you’ll miss the many throwbacks and references to the original film. The throwback starts right at the beginning, when you see Jumanji buried in the sand, and a smile sets on your face.

That hidden camp that has everything and belongs to Alan Parrish? Well, it’s where Robin Williams’ character spent 26 years waiting to be rescued.

Seeing an old board game take on new life, but also choosing to rewrite the rules? The first film set up a realm of fantastical beasts and land that invaded the real world, but in Jumanji 2.0, everything seems normal. There are no killer mosquitoes (well, there was one. But it was rather insignificant) or wild monkeys, and there’s no big game hunter anywhere in this movie. 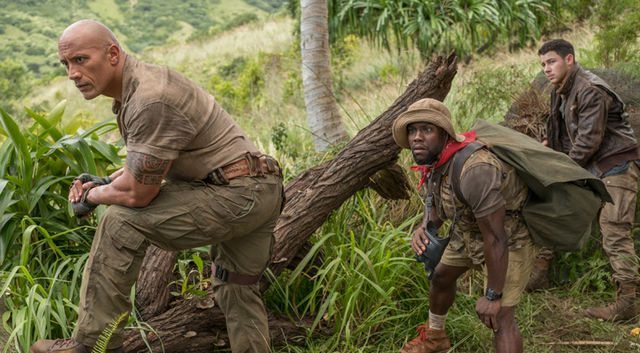 Director Jake Kasdan has opted not to go all special effects on this, and rightfully focused on the wealth of characters he has in this ensemble. Maybe it’s something he learned from his father, the great Lawrence Kasdan, but by building on the first, and creating a few rules of his own, Welcome To The Jungle enlarges the mythos of Jumanji.

Is there room for a sequel should this be successful? Already, the ending of this Jumanji shows that some elements that we know of the first movie no longer exists. And if that’s the case, there’s more to be found in the magical world.

There’s a childlike wonder in this sequel, and like any good game out there, there is replay value here. Next up, Jumanji: VR anyone?