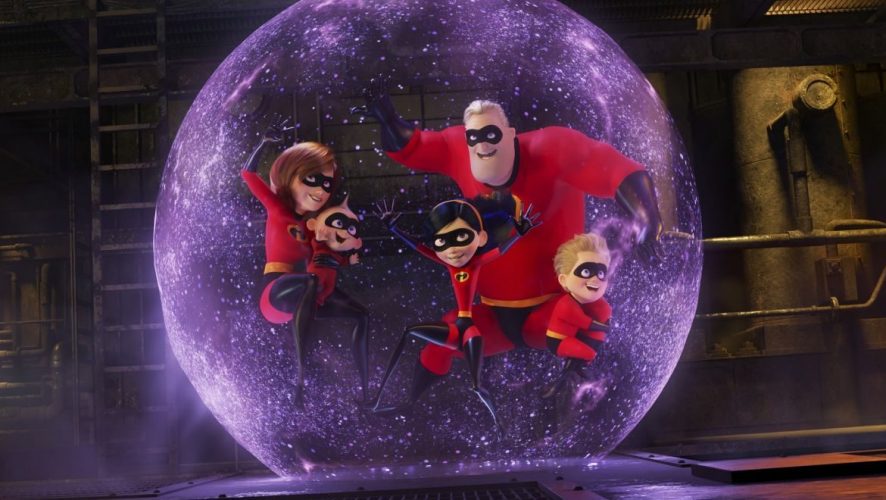 Having to wait 14 years for a sequel means that expectations are high, and while Incredibles 2 checks off many of the boxes expected of a follow-up, the genre itself has evolved during this time and audiences now expect more.

Back in 2004, superhero movies weren’t quite the behemoth as they are now and the Incredibles was arguably the best Fantastic Four movie that Fox didn’t make. The first Iron Man didn’t come out until 4 years later, and the bleak premise established in Pixar’s’ superhero epic put a fresh spin on things. 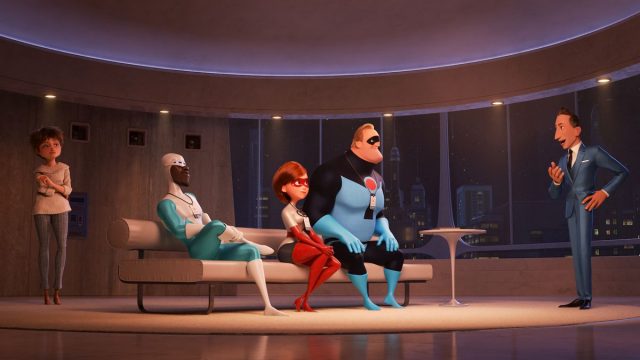 Facing up against the Underminer, who made his first appearance at the end of the first flick, Mr. Incredible (Craig T. Nelson) and family are thrust back into the action after dispatching Syndrome. This time around though, Incredibles 2 focuses on the exploits of Elastigirl (Holly Hunter) to carry the story forward. 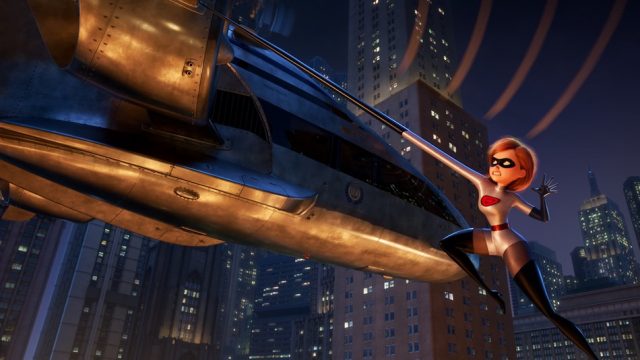 It’s all about perception and in order for superheroes to be welcomed into the arms of society (lawfully) once again, Elastigirl has to step up because data on public perception of heroes support her case, and they don’t want a brawny guy. They want a female touch. Yes, if you’ve grown up and become a working adult since the first movie, corporate speak has crept into flick once again echoing the realities of life.

From here on, Brad Bird subtly plants in various seeds of social commentary, to illustrate how the rise of media and screens, in general, have been able to influence the population to believe everything and anything presented before them. Though not many come to sprout, like the above and how society as a whole prefers to shirk responsibility in the hopes of “superheroes” coming to their rescue.

Leading the charge in this public relations effort are telecommunications magnate Winston Deavor (Bob Odenkirk) and his tech-savvy sister Evelyn (Catherine Keener). Think television screens, technology, and telecommunications companies embellished with a pronounced 1960s aesthetic. The siblings weave a narrative to help convince the general population that superheroes such as Elastigirl should be let back into society with the greatest of ease. It will be through these same broadcast screens that our latest villain, Screenslaver, works his magic. 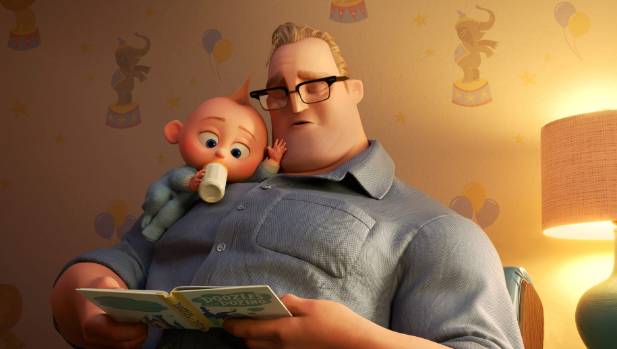 With Elastigirl doing all the heavy lifting, it all falls onto Mr. Incredible to take care of all matters pertaining to the household. While Brad Bird could have always continued with the common trope of the Dad/Mom taking on a different role and failing spectacularly, he allows each individual to shine despite the role reversal. It’s an empowering sight to see how Elastigirl does not need a knight in shining armour to save her, while Mr. Incredible tackles the dreaded aspects of common math with eventual success. 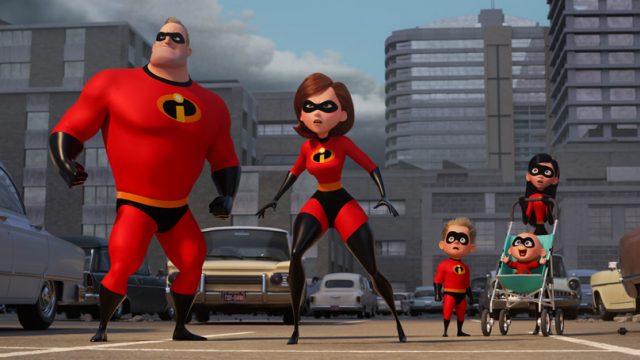 The greatest bits are saved for the development of the rest of the family in the form of Violet (Sarah Vowell), Dash (Huck Milner), and baby Jack-Jack. Mostly free of shackles to openly use their powers, the trio makes the most effort to carry the story forward in the latter part. While their superhero personas have moved forward, there is a big lack of elaboration and resolution for their civilian selves which could have used some love.

Up to this point, the audience is inundated with a large number of messages that Brad Bird is trying to cram in an animated flick. With quite a bit of social commentary underlying the film, Incredibles 2 lacks a common thread for the audiences to latch on to. While the first was lauded for its awesome action sequences and thought-provoking “With everyone super, no one will be” liner, the audience has matured since then.

With the Marvel Cinematic Universe filling our thirst for superhero sequences, Incredibles 2 missed out on a good opportunity to drive home another moral lesson to take away on the road home. Too many threads and a lack of focus hinders the sequel from hitting the heights of the first film. While well-paced, Incredibles 2 could have used a bit more time to elaborate more on the various ideals it was attempting to communicate.

If ever there’s a third Incredibles, let’s hope it’ll be kids’ turn to be the star of the show.

With the exception of Toy Story, Pixar still hasn’t been able to produce the same level of consistency with their sequels. Incredibles 2 might attempt to reach the same heights of its predecessor but the first was hard to top.