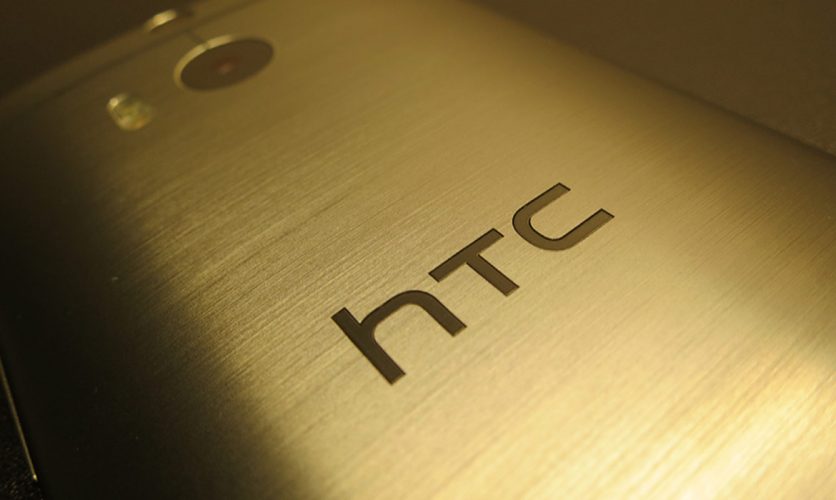 As a current user of the HTC One M7, the first thing that went through my mind was how large the HTC One has grown in terms of size. Although the newer M8 has grown a mere 0.3 inches over the M7. the feel of the new phone within my hand feels dramatically different (Remember we are talking diagonal lengths here!). Cool to the touch, the gunmetal finish of the M8 is a definite head turner when compared to all the flagships out there at the moment. 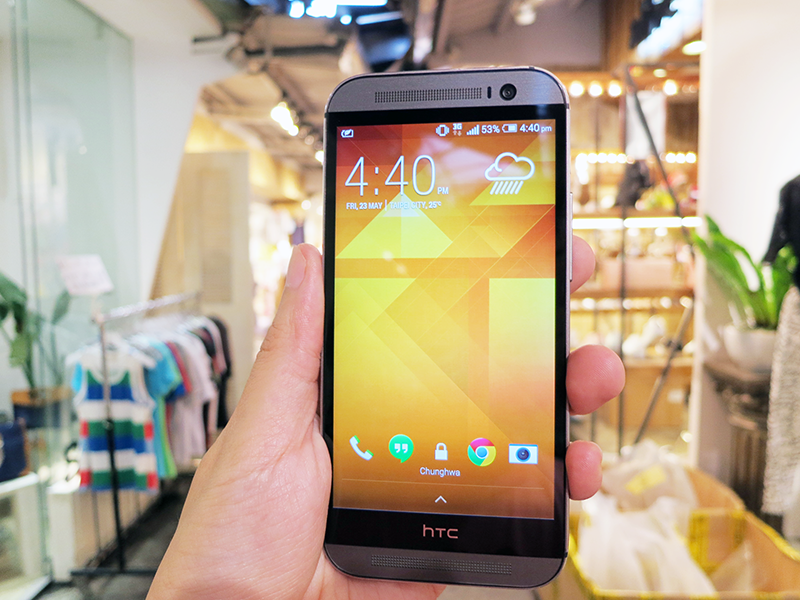 The HTC One M8 would be the second Android flagship phone that I have tried in recency. It becomes rather difficult to provide an insightful opinion considering that each mobile phone maker seems to be converging into pretty much the same old same old. The clearest defining factor that the HTC One has over its rivals would still be the beautiful body that the guts are built into. Calling the M8 beautiful would be an understatement; not only is the phone amazing to look at, the rounded curvature of the rear allows the user to cradle it gently like a new born babe. Compared to the Z2 and M7, the M8 is more pronounced in shape and feels better in hand. 5.0 inches might be the sweet spot of slabs as there is a difficulty to reach across the phone for medium sized hands like myself hence the inclusion of additional motion features like auto answering calls by placing the phone by the ear; essential features for changing times.

It seems as the gods willed it, I had the opportunity to travel to Taiwan, home of HTC, to find out if the phone is able to stand the test as a trusty travel phone. It came to me as a surprise that despite producing a 4G phone, the networks in Taiwan themselves were not LTE ready. Hence, I had spent my entire trip on a 3G connection only. With power saving mode on and GPS permanently on to assist with navigation and photo geolocation tagging, it felt as though the phone would have performed far worse with a 4G connection. 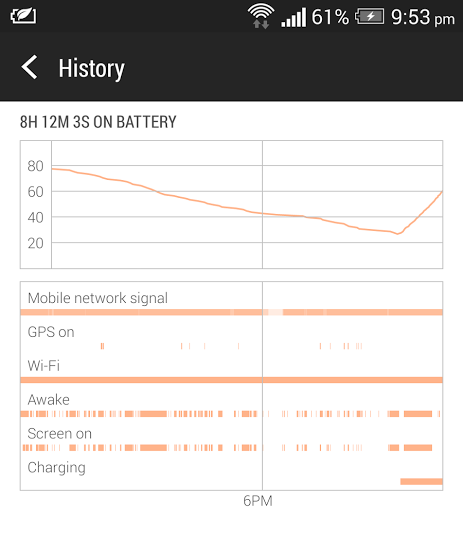 While the phone had never gone to the point where it died, the depletion rate of the battery was a close to 7% to 10% per hour. I would say the phone does get marks for effort but the battery life is not this phone’s strong suit in the face of the competition. Dudes will need the extra juice for entertainment while the feminine half spends most of their time in a store!

Camera? How about two!

The best part about the HTC One has to be its new duo camera. Being able to create the bokeh effect with a quick edit, would this be the end of the DSLR? Not quite but to the amateur photographer, it will be good enough. 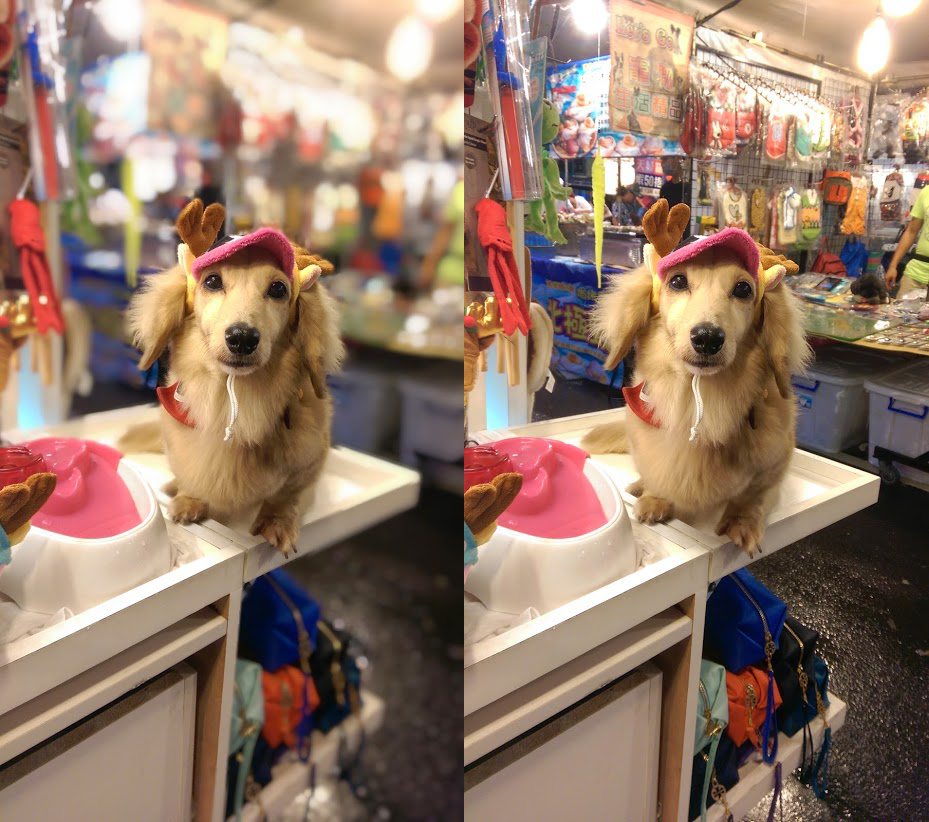 The results are pretty awesome! The only image editing done to the picture on the left would be what HTC calls uFocus to create the bokeh effect. Although Google does have a similar product in the Google Camera app, which non-human or non-kid would stand still long enough for the photographer to grab the above shot?

Under sub-par lighting conditions, the camera produces images of commendable quality. Keeping in mind this is a camera phone, I’d say the pictures that I had taken at a night market turned out pretty well. Acceptable quality to share on your favourite social media network. 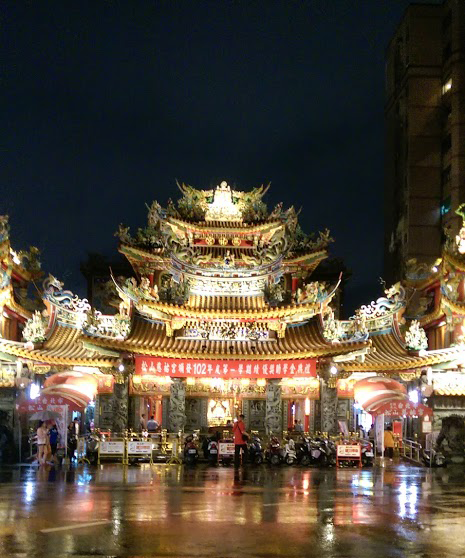 You can see there is considerable noise but when viewed on Facebook or Instagram on a phone, the resulting pictures are good enough to cause envy amongst your non holidaying friends. 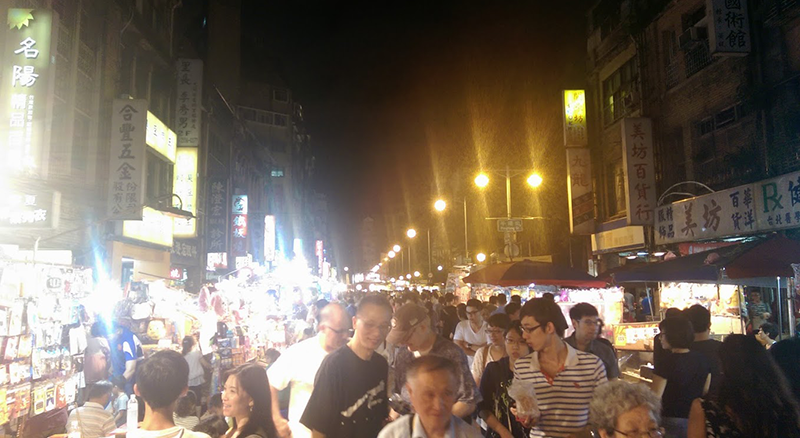 As with all cameras, shooting in full sunlight makes little difference as the results will still look amazing.

The duo camera is a huge plus when it comes to considering the M8. However due to its design, your fingers would often get into the way and the phone will constantly remind you to get out of its way. A fair bit of muscle memory retraining required for the initial few uses. All pictures above have not been doctored in any way and I’ve only saved it for web.

HTC continues to build on the path that the M7 had paved by releasing a very worthy successor, my opinion would be that how can anyone in their right mind opt to buy a Samsung over the current premium Android phone offerings. Of the lot, I can safely say that as of writing, the HTC One M8 is the best looking Android phone ever. If looks come to you as a premium over battery, this is the flagship for you.