Ah, hawker food. Everyone in Singapore loves it though some aren’t willing to pay more for it. Hawkers are trying to find new ways to elevate their fare, while the government is trying hard to… well, it’s trying to do something about the local hawker culture though everyone’s waiting to see the results.

In the meantime, what else can anyone do?

This is where SYNT Studios comes in. Having produced their first card game set – The Singaporean Dream back in 2018, the Singaporean company has been on a roll in releasing expansion packs of the card game. It’s mostly a Monopoly Deal clone skinned for the Singaporean context because relatability trumps originality, but buoyed by that success, it has launched its latest card game foray with Hawker Wars, to ride on the nation’s deep-rooted love for delicious, easily available food, but just as how some hawker fare can be a miss, so is this game that’s not entirely refreshing.

Hawker Wars is a short game that is best suited for a small group of players, which works well as the game only supports a maximum of four players, which is small considering the casual nature of the game. Each player chooses one of four different hawker stalls – Chinese, Malay, Indian and International, which easily encapsulates but also oversimplifies the diverse food culture of this Little Red Dot. Once players have chosen their stall, each will start with four ingredient cards and one action card on hand that they can use when their turns come. The main goal of each participant is to cook dishes using the ingredient cards and earn enough points for them to win all while thwarting other hawkers from taking the lead.

Other than the Hawker Cards, Ingredient Cards and Action Cards, the set also includes Event Cards that spices up the whole gameplay. It is a card that is shuffled with the action card deck and has to be played immediately upon retrieval. This is usually where the majority of the fun comes from, as players would need to be at the top of their game to avoid facing consequences, such as needing to let go of a card from their hand.

There are also special Dish Cards found in the set which showcases an assortment of food that every Singaporean has grown up eating. Each Dish Card is colour coded according to which Hawker Stall it comes from, yet that does not restrict other players from cooking them if they have existing ingredients on hand. However, if you manage to cook and claim a dish of your own, an additional point will be acquired. Points can be found on the top right of the dish card.

The card game itself is straight to the point. Action Cards and Event Cards have instructions that players can just read off and be quick to understand. Seeing as the art itself is elaborative in itself with its cartoon, comical illustrations, it is a game that does not need much strategic depth and it’s mostly a matching game at the core.

Overall, Hawker Wars provides a better gaming experience compared to The Singaporean Dream, but at its core though, the game is lacking quite a bit with its fun factor. Although variants of the rules for Hawker Wars does offer some physical challenges, such as playing the game with only one hand or first to put your hands above the event card, it’s largely inconsequential as it might up the fun factor with friends but hardly adds any strategic layers to the game.

Additionally, since these card games are produced SYNT Studios, they have been specifically designed for the Singaporean audience in mind, so those outside of the country might not fully understand, relate or even immerse themselves fully in this game and it begets the question – is this game good because it’s fun, or does it depend too much on culture and familiarity to draw audiences in? Other more well-known card games, including Exploding Kittens, UNO, What Do You Meme? are easy to pick up titles that appeal more to a general audience (and non-board gamers), but aren’t that restrictive in their presentation to alienate the rest of the world. For a better list of gateway board games, we have solid picks which won’t result in cheap laughs.

Nevertheless, if you are a big fan of food or Singaporean food to be exact, Hawker Wars might help remind you of the rich fare of this country. But if you are looking for a game that can satisfy your competitiveness or your ability to analyse situations, this might not be your cup of tea.

At S$20, those interested may get their hands on the card game exclusively through Shopee. The Singaporean Dream is also available on Shopee at the same price, but you can do much better.

Hawker Wars is a straightforward game with unique Singaporean elements that reflects the diversity of the country through food, but little else. It does rely on knowledge of local food to make things more fun, but unless you’re also a fan of card games, there’s not much going for it. 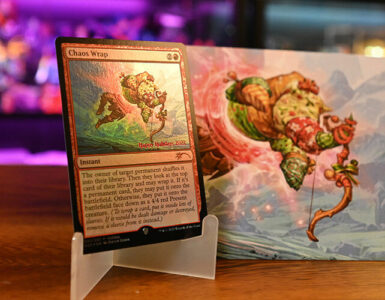 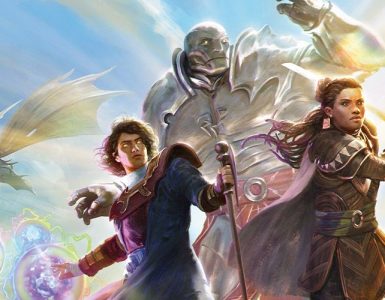 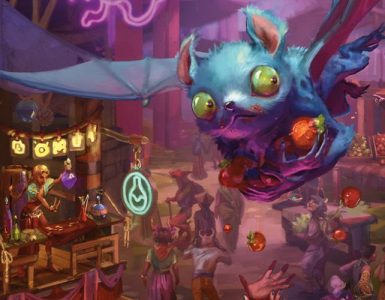