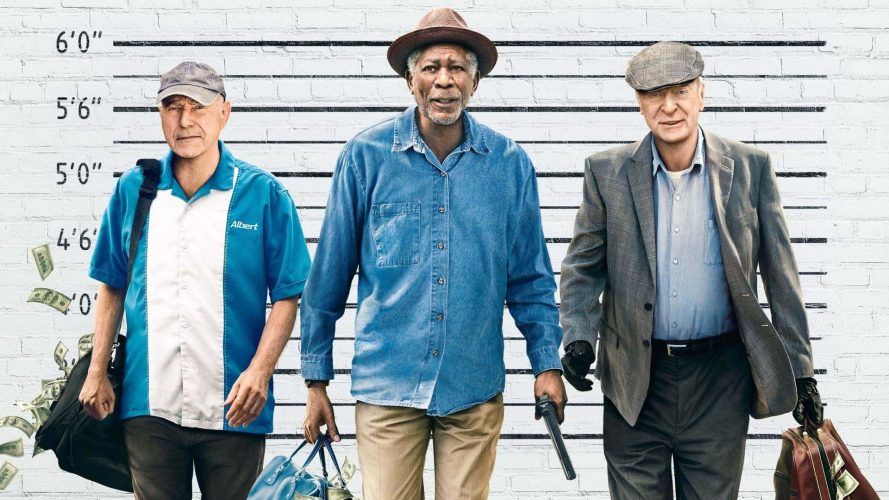 If you don’t know already, Going in Style is a remake of the 1979 film of the same name. The remake stars beloved actors Michael Caine as Joe, Morgan Freeman as Willie and Alan Arkin as Albert. With such a strong talent pool, what can go wrong? Right?

Unfortunately, the humour took a while to build up. It started off a tad dry, with Joe squeezing an insult or two with a bank officer over why his mortgage payments have tripled. Just when the humour was falling flat, the bank heist happens, injecting some semblance of excitement into an otherwise boring scene. 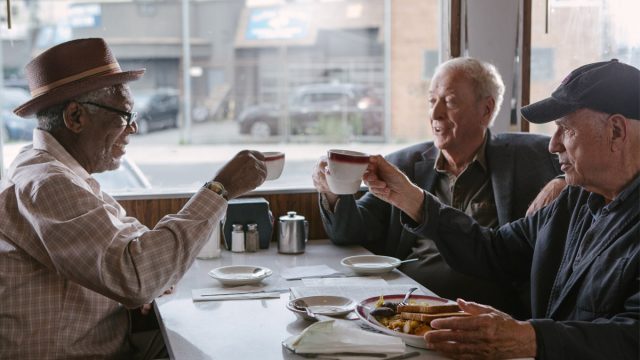 While the opening scene felt a bit lacking in the humour department, the audience managed to give up a good amount of laughs with witty lines and gag scenes. One of which was when Joe and Willie attempt to shoplift in a nearby grocery store with Albert as their runaway accomplice. The scenes of Willie stuffing pork down his crotch and Joe hiding flour in the breast-pocket of his jacket got a few laughs, showing how silly the two men were acting. Though the trio were unsuccessful, the scene where Joe and Willie were trying to escape security is a hilarious one.

Though the movie is said to be a comedy, I wouldn’t say it’ll make you laugh till you’re gasping for air. While the jokes were smart, it was the drama tugging at the heartstrings that defined the movie. We learn that Joe roped in Willie and Albert to carry out a heist but their motives weren’t driven by greed. For Joe, it’s for the family as he struggles to put a roof over their heads and Willie needs a new kidney. The three close friends are also connected to the dire situation of cancelled pensions due to a corporate casualty.

Drama aside, the three main actors have an amazing chemistry and a sense of familiarity that makes you want to join them for a group hug. Then there’s the supporting cast, in the form of Joe’s lowlife former son-in-law Jesus (played by John Ortiz) that complemented and perhaps even stole the thunder. Having no prior experience in criminal activities, the three 70-somethings turn to Jesus for help. Smoking a joint and teaching the elderly how to be robbers is not exactly something you’d expect Jesus to do. There’s even a stylish montage of it. Site recceing, working out, forming an alibi and all that good stuff. The scene is adorable and is worthy of a few laughs. 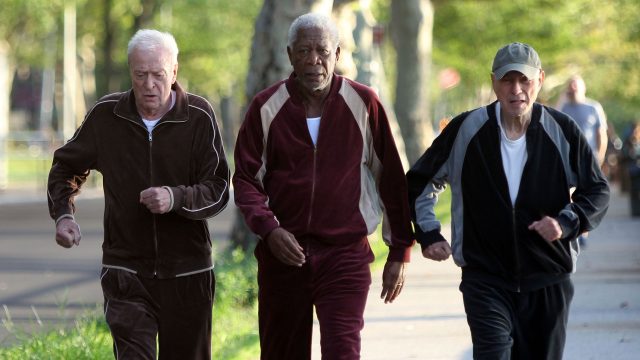 All this builds up to the big day. For that brief moment, when they pull off a badass heist, you forget that they are old men. Thank heavens they had Jesus on their side as guardian, who is also a pet shop owner with an incredible soft spot for abandoned puppies.

What I wish the movie could improve on is to build on the already comical idea of grandpas planning a heist. The trailer itself revealed quite a number of jokes featured in the film, leaving me wondering if they could have come up with more punchlines. The film’s loyalty to the original work is commendable but I’m not inclined to spend $13 and 97 minutes in a cinema knowing what to expect.

Going in Style is a feel-good, light-hearted comedy that you’ll definitely enjoy but quite forgettable until it’s featured on HBO many years later. It’s truly a shame that director Zach Braff played it safe by following the original way too closely – inserting a few references to today’s pop culture scene just to keep it relevant to today’s audience. Braff had three Academy Award actors under his belt and yet the actors seemed constrained in their performance, unable to fully let go. This is very much unlike other comedies I’ve seen where you can genuinely tell that the actors are having a good laugh while filming. I loved the characters, I loved the plot, but the execution in the whole film was unlikeable.

Going in Style proves that you can definitely age in style, only if you have the right set of friends and a badass attitude.