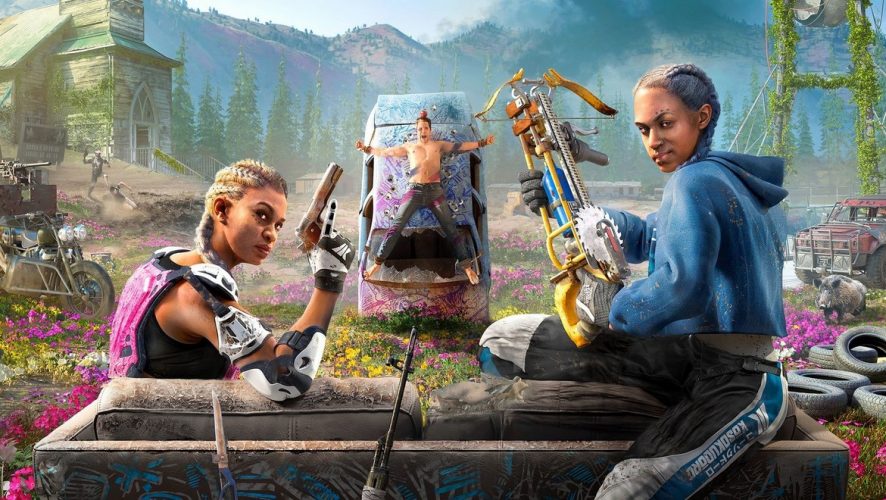 Hope County is home to many things, and Joseph Seed is a big part of that. Together with the cultists of Eden’s Gate, they were a formidable foe in 2018’s Far Cry 5, and gave us one of the more controversial canon ending for the series thus far. 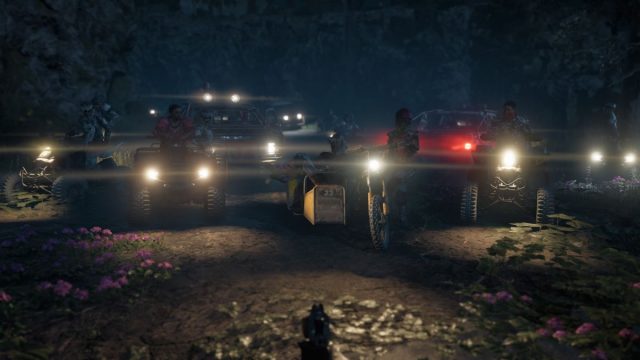 In Ubisoft‘s Far Cry New Dawn, the story continues 17 years after, with Mother Nature doing its best amidst the nuclear fallout. The map remains largely the same, but the world is now bombarded with colour, and curious critters. This is a new kind of apocalypse.

Needless to say, it is not just Hope County that returns. Familiar locations, characters, and narrative throwbacks are aplenty in Far Cry New Dawn. The tried-and-tested formula of Far Cry makes a triumphant return as well, so if you are a fan, you are in for a treat. 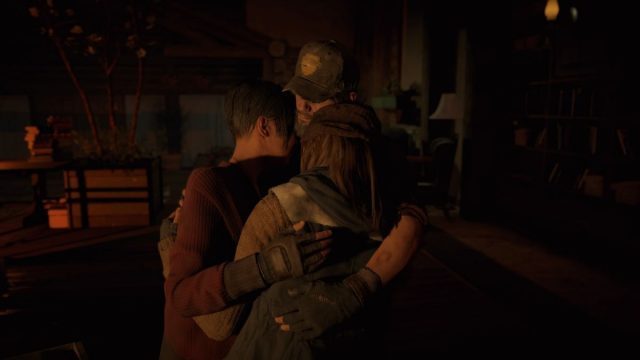 Be it in co-op or solo play, there is much to enjoy about this rehash of a world. Ubisoft has done a remarkable job in giving players a variety of things to do, while evoking an awesome sense of deja vu in rediscovering old haunts in new ways.

With Hope County overtaken by the plague that is the Highwaymen, it is up to you and a group of ragtag survivors to stand up and take back your world. And like all Far Cry games, the twin sisters, Mickey and Lou, take the spotlight as the central villains. 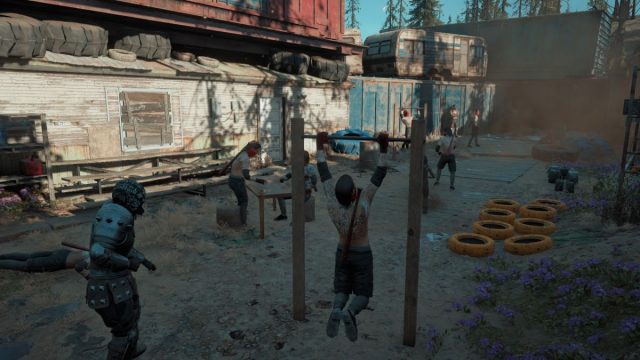 Suffice to say, they do get up to crazy shenanigans, but not quite up to the level of Vaas or even the manipulative machinations of Joseph Seed. They serve a purpose in the plot, but that is just about it.

At least the rank-and-file enemies are more fun to deal with. With different tiers and classes, you will have plenty to look out for, be it melee or ranged combat, and the occasional explosive mongrels. 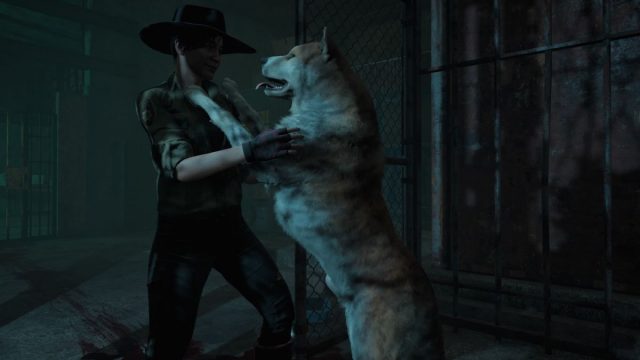 The Guns for Hire are back, with many new faces joining the ranks. They each pack their own set of skills and are often fun companions to have around. However, it’s definitely Timber that is the MVP of the lot, being both adorable and useful in marking enemies and materials for you.

While you are taking the fight to Mickey and Lou and their Highwaymen, you will be accumulating resources, including the all-important ethanol. With the world gone to smoke, bartering is key to the economy.

You can invest your resources into improving Prosperity, the last remaining resistance to the terrors of Hope County, and your decisions will likely impact your playstyle throughout Far Cry New Dawn.

Improving your Workbench grants higher level weapons, the Infirmary increases your health, the Training Camp improves your Guns for Hire, and so on. It certainly lends a satisfying sense of progression as you fight back against the Highwaymen, and the benefits make a big difference with each upgrade. 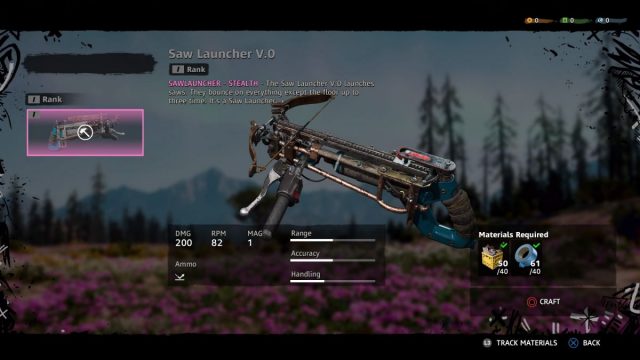 Your character can also be improved with the help of Perk Points. From learning to lockpick to becoming more adept at handling weapons, perk points can easily turn the tide in battle when invested to suit your playstyle. And deeper into New Dawn, it also opens up some supernatural abilities that fit right at home with the ridiculousness of Far Cry.

That includes the weaponry at your disposal. While the likes of rifles, pistols, and shotguns function mostly the same with a layer of apocalyptic paint slapped on, there are some outrageous new additions. The Saw Launcher is a favourite, firing off saw blades that can ricochet off surfaces for a satisfying kill, and new ammo types help spice up the fun with incendiary and explosive varieties. And if Hope County is not big enough for you, the new Expeditions feature added into Far Cry New Dawn will open up even more opportunities for mayhem. Travel to exotic locales like an abandoned theme park, a downed satellite, or even Alcatraz.

You can do it alone or with a buddy, and your objective is to simply steal a package and survive long enough for extraction. The conclusion will always be a tense, crazy affair as enemies flood your location by tracking the package’s GPS, and such moment-to-moment madness is pure ecstasy. 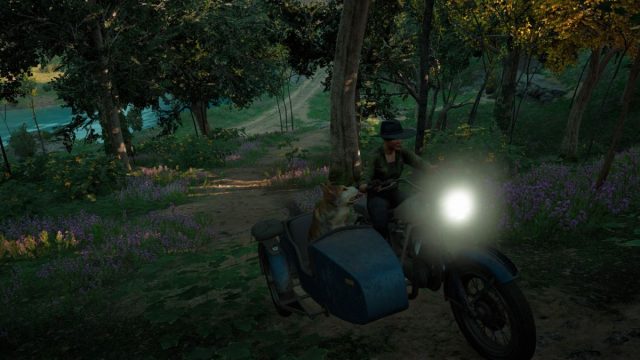 With 7 expeditions and 3 levels of escalating difficulty, alongside randomized elements, it is exactly the kind of short and sweet gameplay cycle that should see a return in whatever sequel comes next for the franchise.

Of course, it would not be Far Cry without outposts to clear, and New Dawn has refreshed this mechanic with a new addition. After taking over an outpost, you have the option of scavenging it to receive more ethanol, but doing so allows the Highwaymen to take back control. 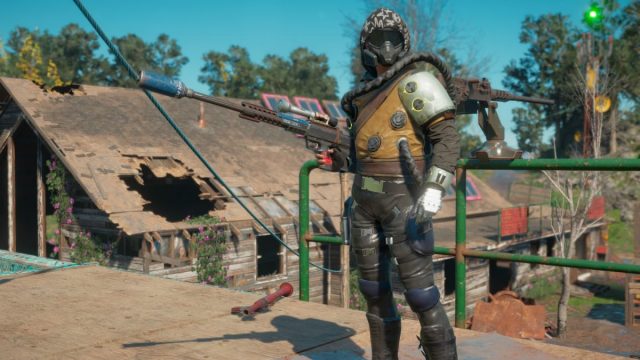 More brutal enemies, alarms, and the like will up the challenge this time around, and going up to Tier III provided some of the best outposts gameplay the series has ever produced.

Hunting is also back, but is less important in terms of progression and upgrades. While Hope County is now home to mutated beasts that are equally strange and fascinating, they are only worth trading in for resources and nothing else. 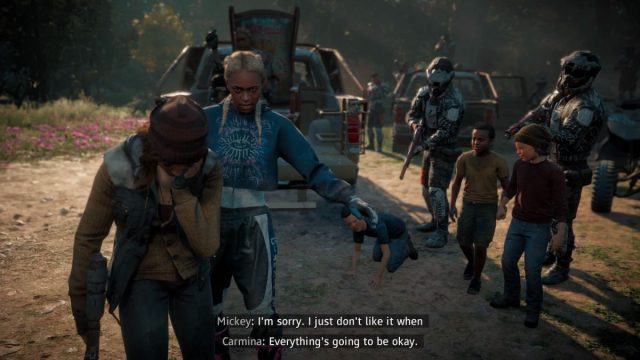 Treasure Hunts will give puzzle fans plenty to like, and the promise of more resources and perk points should motivate you well enough to explore and solve these fun distractions.

As a big fan of the series, the more affordable sequel that is Far Cry New Dawn does enough to warrant another journey to Hope County. Outside of questionable boss fights, the entire gameplay loop of clearing outposts, Treasure Hunts, Expeditions, and more is nothing but exciting for hours on end.

While the plot is paper thin, the fun of Far Cry New Dawn is not, and it serves as a great stopgap before the next big Far Cry.

More of the same for less of a price, Far Cry New Dawn brings enough of improvements and tweaks to make Hope County fun again.