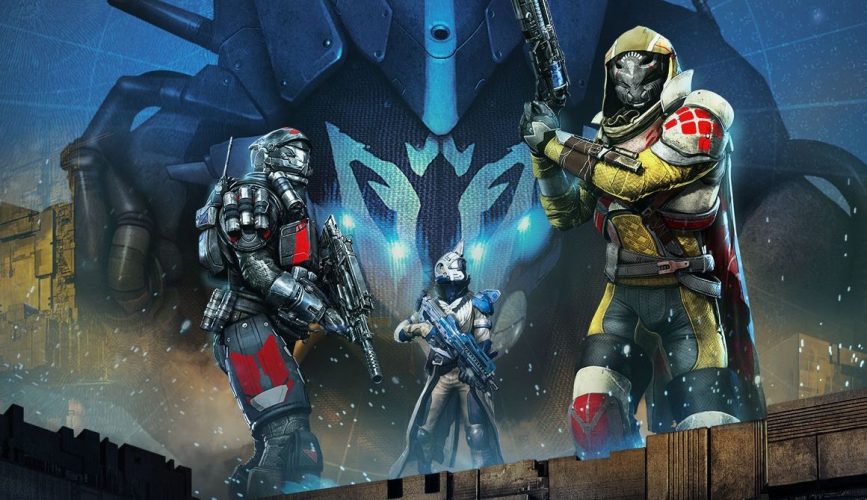 “They will try to kill you. Kill them back.”

Destiny’s first expansion The Dark Below was a major disappointment. A brief campaign, a boring raid and a new upgrade system that defied logic. The saving grace of the expansion being the strike missions. They say you should learn from your mistakes. It seems Bungie has. The House of Wolves doesn’t fix Destiny’s woeful storytelling nor does it improve the loot system but it does introduce a lot of good things. Let’s take a look..

Finally your Guardian can have an identity. All the gear in Destiny can be levelled to the new light cap of 42. This means you can wear what you want. The only way to hit the highest level before was to wear full Crota gear or at least have a new exotic drop mixed in with Crota gear. This led to every single Guardian looking the same. Now you can take any piece of old gear and level it to the maximum cap using Etheric Light (more on that later). Any exotic gear you currently have maxed out at the old level can be ‘ascended’ to the new max level by using an exotic shard. No more resets and forced levelling. This is a great addition as it was pretty frustrating not being able to build the Guardian you wanted and having to spend time re-levelling your gear as per The Dark Below mechanics. 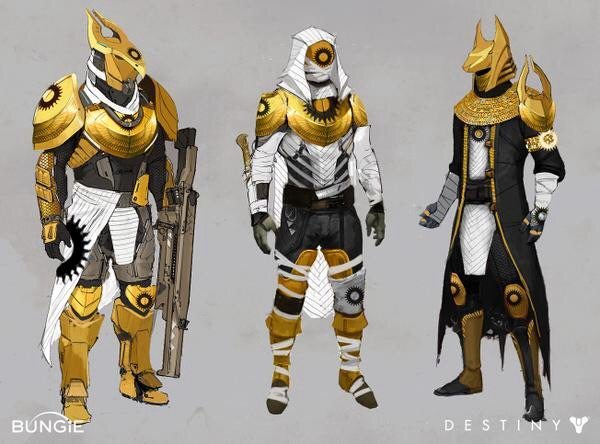 As with the gear, weapons get a lot of love also. New weapons drop with the max cap and need to be levelled up as normal. Old weapons that are fully maxed can be levelled to the new max cap. Wonderful. To do this you need Etheric Light (yes, yes soon). So weapons such as Gjallahorn, Fatebringer and Atheon’s Epilogue can be maxed to the new level and are relevant again. As with the gear, if the weapon is a fully maxed exotic, it can be ‘ascended’ to the new level cap using an exotic shard.

Etheric Light is they key to upgrading your old legendary gear and weapons to the new level cap. If your gear or weapon is fully upgraded and you have some Etheric Light, then simply click on the upgrade button and you are done. Easy. However, Etheric Light is not that easy to come by. Yes, this is Destiny. Bungie can’t make it too easy right? You can earn Etheric Light from doing Nightfall missions, competing in the new PvP Trials of Osiris mode or the PvE Prison of Elders horde mode. However, Nightfall and Trials of Osiris are random drops and for Prison of Elders, you can only attain it within the level 34 and 35 modes.

One thing that The Dark Below did was make you work for your maximum Guardian level. I think it took me a couple of weeks before I hit the fabled level 32. In The House of Wolves it will probably take you a maximum of 2 days. This is due to the to the afore mentioned new upgrading system. Is this good? Probably not but it puts every player on a level playing field going into the true expansion in September. The quickness of hitting level 34 sort of cheapens the experience.

Destiny’s story woes are countless. No need to go into them here. Has it improved in the new expansion? Sort of. It’s delivered to the player much better than the base game ever did and the disaster that was The Dark Below story. Does it make sense? Not really. Is it short? Of course! But it delivers diverse and interesting missions. The highlights are being a mission where you revisit an iconic area and the final boss fight. Destiny is not going to fix it’s story problems any time soon but this is the best it has delivered so far. 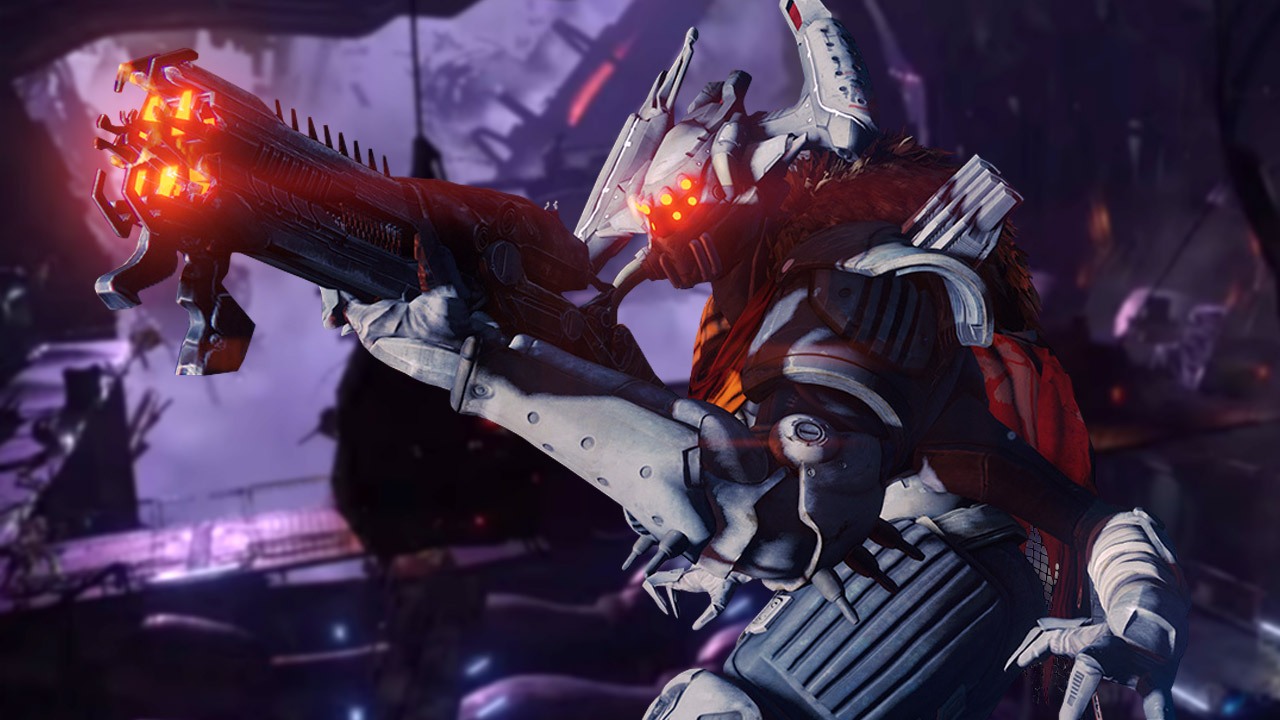 House of Wolves also shakes up the style of bounties that the Queen of the Reef gives out. The standard Destiny bounties are usually kill X amount of enemies or complete a strike without dying. For the new Queen’s bounties there are two types. First up are simple track and kill bounties. These tell you the general area of the target and it is up to you to track them down and eliminate them. Nothing big. But something different. Secondly and more substantial are the House of Wolves bounties. These are more like public events and also tie in with the Prison of Elders mode. You are given a location to travel to and then you must wait until the ‘wolves’ turn up. Once this happens you battle waves of enemies until the boss arrives and the target of your bounty. Kill the target and you gain access to chest. These chests contain rewards and the possibility of a treasure key. These keys can be used in Prison of Elders to unlock the big loot chest that awaits you if you survive. These bounties are fun and usually involve lots of players scrambling to kill the targets while looking for the elusive chest at the end.

House of Wolves doesn’t feature a raid this time around. This is a good thing. Crota’s End from The Dark Below felt more like an extended strike then a raid. Maybe not enough time was spent to fully develop it. Whatever happened, it didn’t come close to the epicness of the Vault of Glass. So this time around we get a survival mode. Three Guardians are tasked with surviving five rounds. Each round has three waves of enemies. The enemies can differ round to round. Within each wave there can be critical objectives to deal with such as defuse mines or kill a strong enemy before they reach a designated zone. This adds to the mayhem of surviving the wave. If you fail a critical objective then its goodbye and start again. The final round is a boss fight and this is where your nerves and patience will be tested. The boss usually has some kind of mechanic that alters the fight. Things like shields that rotate damage ability or weapons that burn the entire floor for ten seconds. These things are not explained which feels like a design choice pulled from the raids. It makes the fights interesting and communicating as a team a must.

Prison of Elders has a few difficulty levels for you to have a go at. Level 28 is random while levels 32, 34 and 35 are set for the week. Each Tuesday reset the level 34 changes to a new boss. The previous weeks 34 drops to 32 and so far the level 35 has stayed the same (apart from the weapon burn). It’s a very fun and intense mode which as a couple of issues. First, you can only play with two others, so say good bye to your raid team. You need to split it up. Secondly, you have to commit to finishing it. There are no checkpoints from orbit. You cannot come back to it the next day if you are stuck or one of your team needs to leave. This is disappointing as it can be equally as challeging as the raids which let you continue whenever you please. 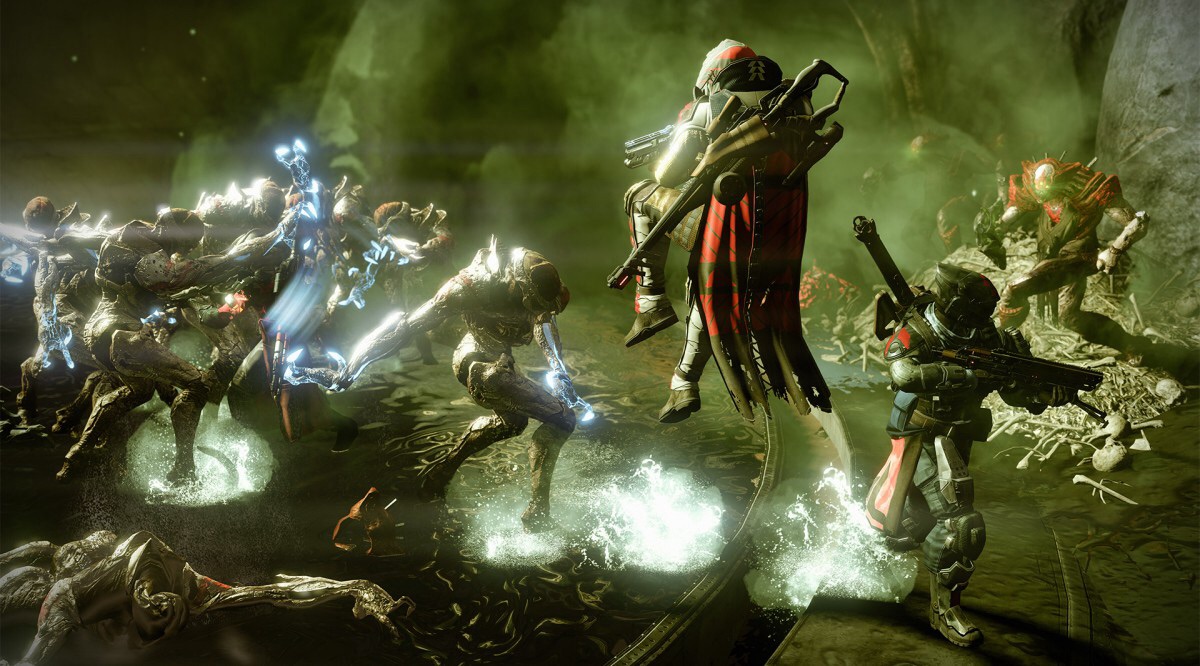 So to last new feature of the expansion. Trials is a PvP mode which is basically a cross between Iron Banner (weapon and armor levels matter) and Skirmish (3v3 elimination with player revives). The aim of this mode is to win nine games. Before you can start you need to buy  ticket from the Trials vendor. He also sells buffs such as ‘start with one win already’ or ‘your first loss doesn’t count’ These can be invaluable if going for the flawless run. Once you have the ticket you can enter matchmaking with your other two friends (you need friends as matchmaking is limited to opponents only). Each game is a best of seven and the rounds are limited to two minutes. If you manage to win a match your ticket gets punched with a win. If you lose then its gets punched as a loss. Lose three games and your ticket is wiped and you need to buy a new one and start again. Keep winning and the rewards will stack up. There is a special reward if you can manage to all nine games without a loss. The fabled flawless win. Trials only runs from Friday to Tuesday on a single map which changes each week. One map you say? This is to keep things fair and cut out as much randomness as possible. Keeping things the same enables players to learn the map and come up with winning strategies.

A few things do drag it down. Even in it’s first week there were go to weapons. Once players learned this it seemed that everyone was using the same weapons. Thorn, I’m looking at you. Supers are also an issue in a 3v3 elimination mode. Bladedancers can wreck your whole team in seconds. Maybe it should take longer to get a super. How about only one super per game. That would certainly make super use a tactical thing. Instead of spamming it every other round you get one at the beginning of the first round and then hold onto until you use it and then no more. Do you use it straight away to get an edge? Save it for a comeback later on? Come on Bungie give it a try.

Overall this is a step in the right direction for Destiny after some very questionable choices Bungie made in The Dark Below. With a much bigger expansion coming in September things are looking up for Destiny.

House of Wolves delivers an enjoyable slice of Destiny fun. The new modes are fun and the revised upgrade path for weapons and gear is a revelation.