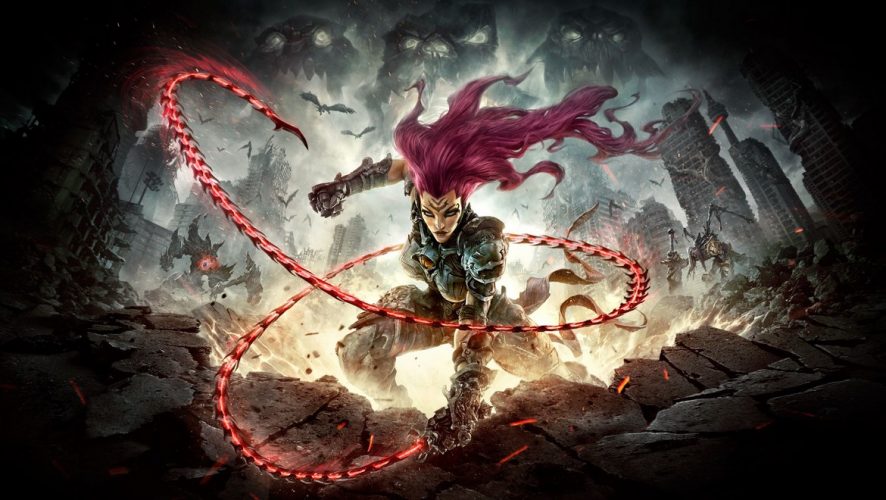 It has been a long 6 years since we last got a Darksiders game, and with only two of the Four Horsemen of the Apocalypse getting their turn in the spotlight, it was only a matter of time. 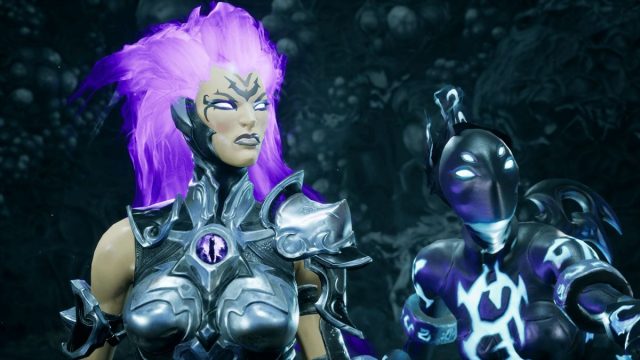 Enter THQ Nordic and Gunfire Games, and the throwback game that is Darksiders III, which presents Fury, flaming mane and all, as she brings her brand of justice to the desolated lands of Earth in her search for the truth.

Playing through Darksiders III is a weird experience though – it feels like a 2018 game that seems to be stuck in the past, and will take some getting used to.

For one thing, its art direction is stylized but dated compared to its contemporaries. It also has no qualms about letting you off the leash with little guidance and handholding, much like the Souls series. And the game will punish you if you do not grind, or find the right strategy against an overwhelming boss. 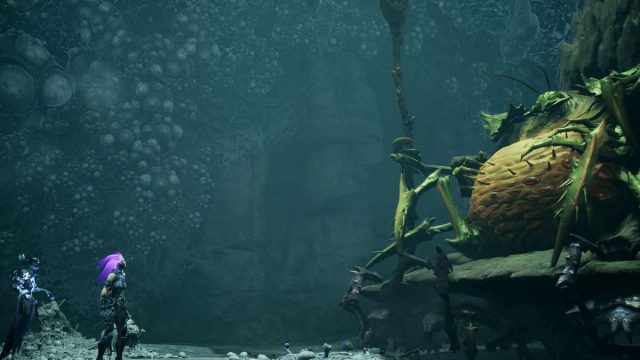 Yet, for all the obvious, the underlying combat system, upgrades, and role-playing elements provide a distinct flavour and produces a sense of satisfaction after every kill. Surprisingly, Darksiders III‘s focus on just combat and exploration within a contained world is a breath of fresh air in 2018.

And the entire game is enhanced further if you are a fan of the first two games. The overarching tale of the neverending conflict between Hell and Heaven, the Charred Council, and the role the Horsemen play, will make just a little more sense. Familiar characters also make a return, such as the merchant demon Vulgrim. 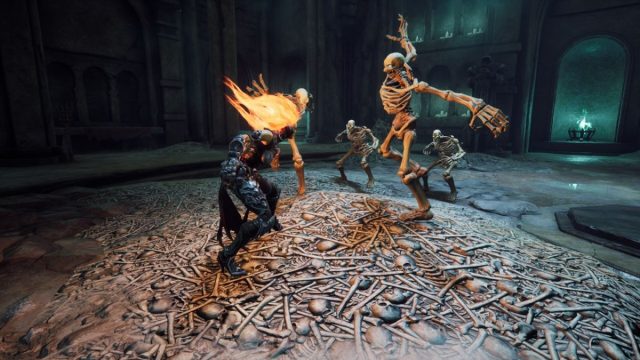 Fury’s penchant for violence pits players against the Seven Deadly Sins, and each brings their own challenge in both environments and combat. While they may not be the most beautiful biomes, the varied nature of the environment do their part in creating a world of conflict, strive, and sin.

The Seven Deadly Sins are not ready to go down easy, and it can be a painstaking task to best them as you fail repeatedly. While losing in combat because of mistakes is forgivable, what is the most annoying are the checkpoints that could push your progress back. 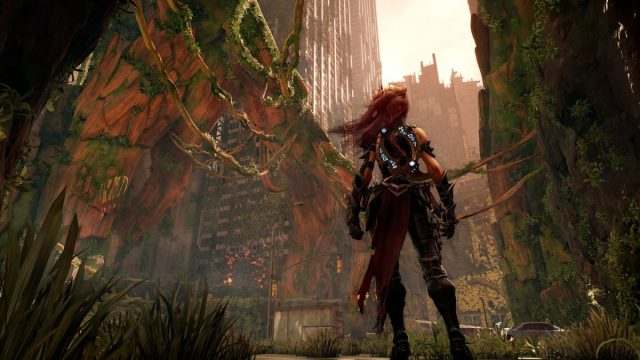 This meant traversing and fighting respawned enemies all over again, before facing a boss. Good luck if you had to use up your limited healing items before the end. Add in some substantial loading times, and dying becomes a much more frustrating affair.

Even the supposed basic enemies are a force to be reckoned with. While it was not clearly stated, level scaling seems to be in effect as you strengthen Fury. All your effort and time spent improving Fury can seem for nought when the most basic of foes can still kill you with a few hits. 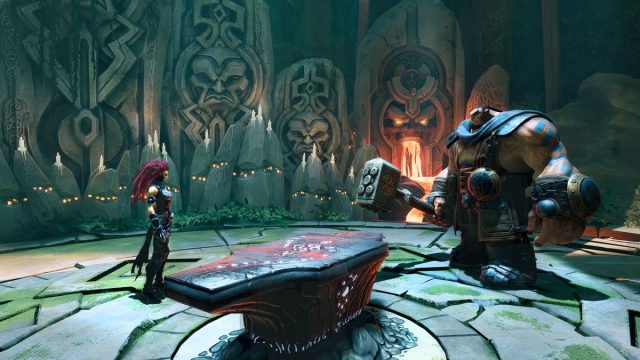 As you destroy your enemies, you gather Souls which can be traded for items or used to level up Fury’s Health, Strength (physical damage), and Arcane (arcane damage) stats. Health is a definite must, especially on the harder difficulties, while Strength or Arcane depends on your playstyle.

Her arsenal of weapons will also grow, allowing players to choose which to specialise in and power up. Stay with the default Barbs of Scorn for its range, and combine it with the pure strength of the Mallet of Scorn, but feel free to experiment. All the weapons come with upgrades for Fury’s movement, essentially opening up more of the world for exploration as you backtrack and forge ahead. 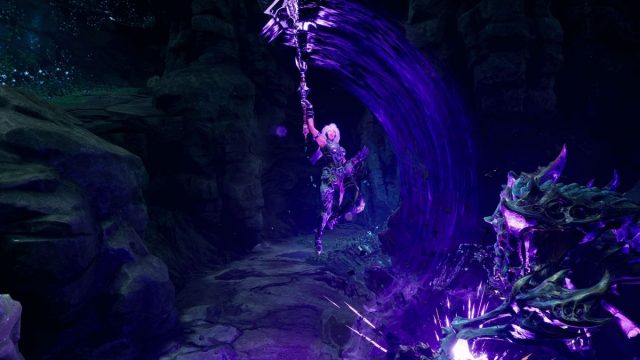 Platforming and puzzles get increasingly more complex, requiring a change of form for Fury to successfully manoeuvre them – Floating over short distances, double jumping with flames, or turning into a magnetic ball are just some of the tools at Fury’s disposal. The awesome fact that her magnificent hair changes colour with each form is just the cherry on top.

There is no map in Darksiders III, and while the world is connected by passages and hallways, it can be a tad confusing at times. With only a compass pointing towards the nearest Sin, there will be occasions when you get turned around.

That said, backtracking is an integral part of the Darksiders experience, and there are plenty of secrets and upgrades to be found as you gain mastery of your newfound powers. 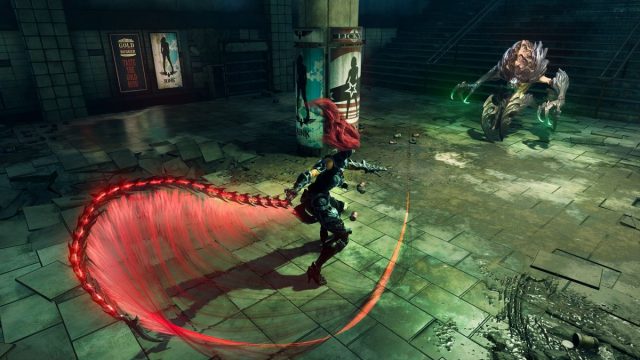 Darksiders III does not hide behind complex systems or an open world of quests that compels you to fill out, it gives players a simple task and it remains the main driving force behind all your actions as you progress.

The combat is by no means easy, but it is satisfying to learn and a joy to master, and a tight and largely enjoyable 20-hour adventure is rare in today’s gaming landscape.

Alas, niggling load times, poor checkpoint implementation, and a lack of new ideas prevent Darksiders III from becoming new dawn for the series. With a sequel more likely than not, perhaps it will be fourth time lucky for the franchise.

Old-school and straightforward, Darksiders III aims for a specific audience and goes all out. Whether it is for you is a whole other matter.