The premise of this scare flick is as absurd as it gets: a college student (Kaya Scodelario) and her estranged father (Barry Pepper) try to survive bloodthirsty alligators in the basement of a flooded house. It could easily have been a run-of-the-mill B-grade movie, but thanks to French filmmaker Alexandre Aja, this has turned out to be one of the most competent horror movies we have seen in awhile.

Aja, who caught the world’s attention with his 2003 horror film High Tension, has helmed projects like the 2006 remake of The Hill Have Eyes and the gore fest Piranha 3D (2010). In his latest movie, he hits a career high by being self-aware enough not to overcomplicate things.

Essentially, there are only two characters in the movie (three, if you count their pet dog). And their focus is simple – to prevent being chowed down by ferocious alligators. Other than the brief emotional moment spent by the father-and-daughter pair to reminisce about their past, they spend most of their time crawling through the cramped, wet space to escape the slimy reptiles.

Oh, there is also a wild hurricane happening outside the house to spice things up a little.

Amidst this season of pompous summer blockbusters (staying put in a cinema seat for more than two hours is increasingly challenging), this movie’s 88-minute runtime is much welcomed. The taut story written by Michael and Shawn Rasmussen keeps the movie’s pace fast and furious, and there is not one bit of sluggishness.

If you are a fan of horror movies, this one will remind you of The Shallows (where a stranded bikini-clad Blake Lively has to fight off a shark) and Don’t Breathe (where a group of trapped teenagers have to fight off a blind murderer). Much of the action takes place in the crawl space of the flooded house, and the scare factor goes up with the rising rainwater. Think you had a bad day? How about being trapped in a basement with bloodthirsty alligators?

Scodelario (Maze Runner: The Death Cure) gives it her all to play the heroine of the movie. Crawling from one corner to another in the claustrophobic basement, the English actress is a survivor who is tough as nails. Watch out for a tingling scene where lots of creepy crawlies unexpectedly fall onto her face – seeing it is almost as real as having spiders dropping onto you. Scodelario’s reunites with her Maze Runner co-star Pepper, who portrays her stubborn but kind father. The strong bond between the two characters is believable, and you will root for them to survive the ordeal.

You don’t watch a movie like this for a logical story. Cynics will pan the screenplay for being formulaic (supporting characters appear at predictable moments to be torn into pieces by the alligators, so the main characters can escape) and absurd (a brainless looter decides to steal a few more packets of potato chips in a flooded supermarket, only to realise that it wasn’t the wisest thing to do when an alligator appears at his feet).

But hey, aren’t we here to see a bloody showdown between humans and alligators? Expect heads and limbs to be chomped off. There are even alligator eggs to send chills down your spine.

This movie is an underrated but an effective horror flick. It is going to do for alligators what Steven Spielberg’s Jaws (1975) did for sharks. We know – Jaws brought about a series of of creature attack flicks that culminated into the recent, over-the-top Sharknado franchise, but Crawl looks to be able to rise above it all.

This movie isn’t going to win any Oscars, but that’s alright. Because it’s going to do for alligators what Jaws did for sharks! 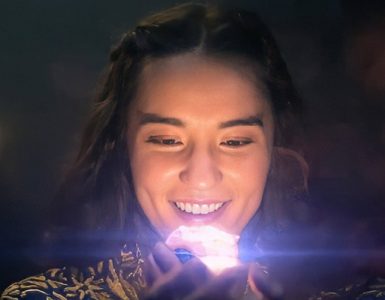 A brand new unique world for fantasy lovers to explore, and an adaptation fans will adore.