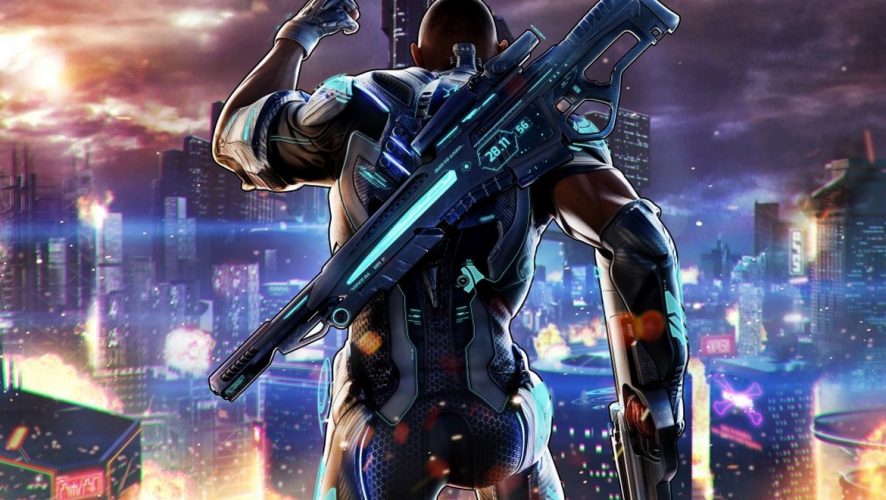 If you are a big fan of the previous two Crackdown games, you will likely find something to love about Sumo Digital’s Crackdown 3. But if you are new to the series, or just drawn in by the promise of over-the-top action and crazy shenanigans, chances are that you will be royally disappointed. 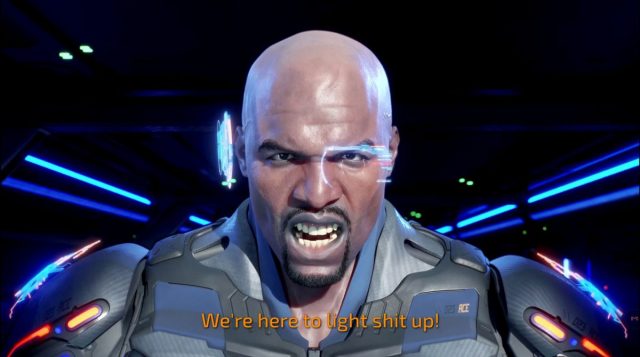 Right off the bat, Crackdown 3’s shallow plot never ventures beyond saving the world from evil. Even with the star power of one Terry Crews, there is too little for players to be invested, in any semblance of a story.

The Agency’s Commander Jaxon’s (Crews) heartfelt and campy speech in the opening scenes is probably going to be more exciting than the rest of the game’s 8-10 hour campaign. And that says a lot for the obvious image the game is trying to project.

While you have a choice of agents to pick from, including Jaxon, the minute differences in terms of increased experience in disciplines do little to differentiate them. Ultimately, they are just skins with differing bonuses, nothing more. 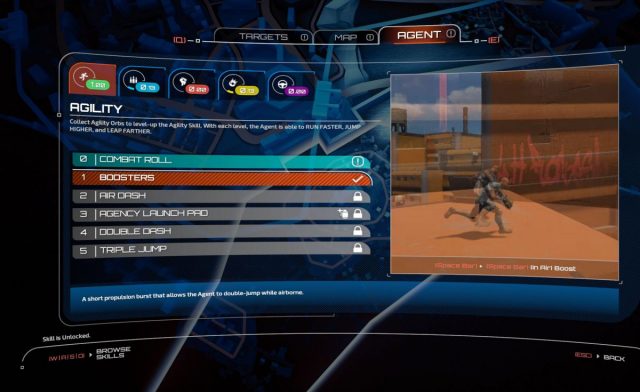 Although such a paper-thin plot can be masked over with great gameplay and mechanics, Crackdown 3’s challenge lies in how long can you withstand the mind-numbing process of shooting everything you see in New Providence. Sure, there are agility orbs to find by platforming, and races to gain driving orbs, but they are not key to progression.

Melee is almost superfluous and ineffective, and for a game that relies so heavily on combat, it is not enjoyable, to say the least. 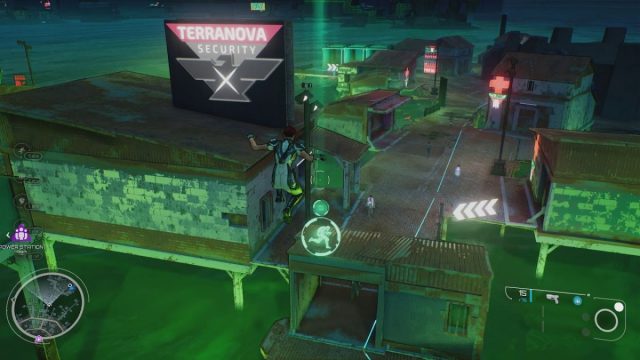 Even with the variety of weapons to choose from, several are flashy with no substance, and it becomes clear early on just which are essential to overcome foes and clearly overpowered. Pulse Beam and homing rockets are your best friends.

The Terra Nova corporation is made up of a hierarchy that consists of minibosses and their leaders for each section of the company. How you tackle them is entirely your choice, and you can make things easier by starting from the bottom of the food chain. 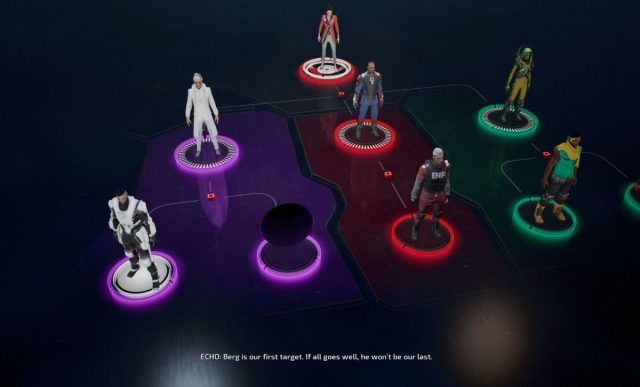 Enemy designs may offer some variety alongside the various outposts/monorail stations/refineries etc for players to dismantle, but it all comes down to repeating the same activities over and over again as you bring down Terra Nova.

The consolation is that the boss fights offer more entertainment and challenge compared to the cookie cutter encounters strewn throughout Crackdown 3. The various introductory comic book style sequences flesh these characters out a little, and the mechanics to bring them down expands beyond constant shooting, which breaks the monotony.

Yet, it would have been more intriguing to learn more about said villains. Outside of the final boss, the rest of the cast are too one-dimensional for their own good.

A Crackdown game is all about the orbs, and Crackdown 3 is no exception. Explosive, Agility, Firearm, Driving, and Strength skills are improved simply by doing associated activities. The more you use guns, the better your Firearm skill, melee attacks improve your Strength, and so on. The better you get, the cooler your perks for the discipline, such as getting jump jets and transforming Agency vehicles. There is no doubt a practical system like this is rewarding for players who put in the time, yet it is ultimately let down by the simplistic nature of Crackdown’s gameplay. Who wants to drive when you can leap from building to building, and ranged combat will always supercede a punch.

The hunt for Agility orbs and Hidden orbs remain a fun diversion from the usual doldrums, but that can only go so far. The occasional platforming puzzle, foot races, collecting agents’ DNA, and more become more of a checklist than fun times to be had. 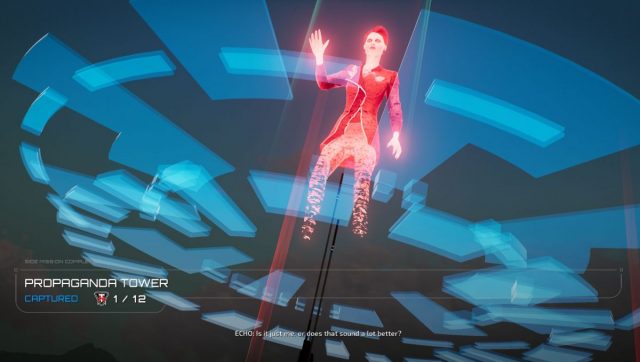 All these design choices culminate in a game that offers very little enjoyment and challenge, even on higher difficulties. Regenerating shields and health means combat is only prolonged if you are low on either, and the enemies will still go down eventually through attrition.

This lack of consequence not only robs players of a challenge, but the whole premise of bringing down Terra Nova takes on a less meaningful slant as a result as well. 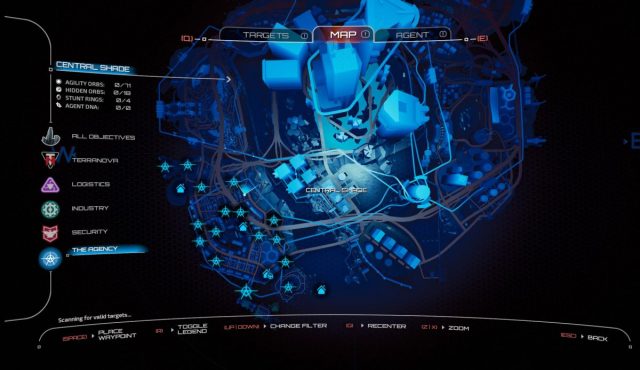 Crackdown 3 is definitely not helped by its dated visuals, as lifeless streets and ugly looking buildings fill your screen as you explore New Providence. There is plenty of neon to give that futuristic vibe, but the entire city feels so bland and unattractive.

Perhaps the much-touted cloud-based destruction that was integral to the game’s marketing would have helped, but it is completely absent in Crackdown 3’s campaign. 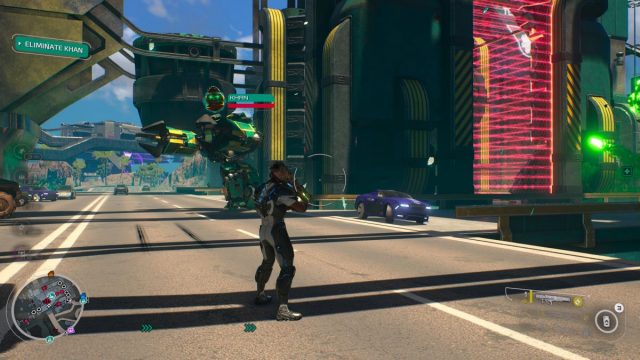 It does, however, makes its way into the multiplayer Wrecking Zone mode. At least in here, the sheer amount of creative destruction that awaits bring something new to the table. Just watching the environment disintegrate is a satisfying time, but just like the campaign, Wrecking Zone is barebones as well.

Agent Hunter tasks players to eliminate opponents and collect their token, while Territories is more akin to King of The Hill, but with multiple capture points. Constant movement and positioning is key to survival in Wrecking Zone, considering how skill is not required due to the auto-lock on gunplay of Crackdown 3. 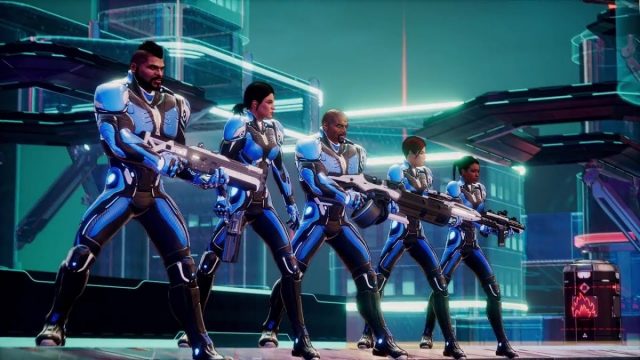 There is added manoeuvrability in Wrecking Zone, with players getting two air jumps and air dashes each before landing and devices that can send you flying through the air. Coupled with destructible environments, it requires more tact than the campaign.

Sadly, there are only nine weapons and two gadgets in play in Wrecking Zone. The launch pad can be deployed for a quick getaway, while the overshield provides an instant field of protection.

Matchmaking in Wrecking Zone is also currently a mess, with no party system for now. The lack of a progression system, limited modes, and the overly simplistic gunplay does little to make Wrecking Zone a fun time, even with cloud-based destruction.

A mediocre campaign, dated visuals, poor design choices, and a multiplayer component that fails to make full use of technology, Crackdown 3 just is not worth the time nor the effort to partake in. Fans of the series may find something to love about this new entry, but newcomers will likely be put off by the bland gameplay that awaits in New Providence.

A game of checklists that promise little excitement, Crackdown 3 is more of the same, but just not good enough.