It is not an easy task trying to explain relationships – women claim that men don’t get it, and to be fair women also live in their own illusion of what a good one is. But in such trying times, having the comforts of something familiar can put most of us at ease and it’s fair to say that for many, that sense of calm can come from a good book, a relaxing cafe, or even a cup of warm coffee.

In Toge Productions’ Coffee Talk, the interactive relationship between a barista and the colourful characters that make up a day is brought to life in a charming fashion, like a visual novel should.

While it hits on certain threads that help one understand the realities of life better, it is not without its flaws and clichés when it comes to the final delivery.

Set in the sleepless city of Seattle in 2020, Coffee Talk transports players into a fantastical world of mystical creatures coexisting with the humans. The likes of werewolves, succubi, orcs, vampires, elves, and more go about their daily lives as you would expect. They have jobs, troubles, ups and downs, and your job is simple. Listen to their stories and make them the perfect cup of joe.

The story in Coffee Talk is more or less set, it is a visual novel after all. The lack of choice, however, does not take away from the fact that your coffee making skills matter.

While the ultimate impact of accurate/inaccurate orders will not reveal themselves in a single playthrough, your barista plays a key role in keeping the story moving along. Be it with you, or with the other customers that visit your coffee shop, these are stories meant to be shared, witnessed, and understood.

Coffee Talk has lots of text to wade through, but at least the writing still keeps it fresh and fun. The banter and wittiness of certain characters stand out, and the developers did not shy away from touching on sensitive topics in the game’s society that alludes to our reality as well. Racism, family issues, love, relationships, Coffee Talk tries its best to explore the issues in a way that is less heavy-handed than most.

Looking at them through the lens of a coffee-making journey is a refreshing experience. While the questions and answers are often predictable, the impact of confronting them as individuals is not lessened by the delivery. From the Romeo and Juliet-esque romance of an elf and succubus, to the struggles of a single parent of an emerging pop star, there is much to mull over and a great way to reflect upon your values. Perhaps an unexpected twist here and there would have been better, but kudos to Toge Productions for trying.

The constant companionship of aspiring author Freya and the spacefaring Neil, an alien being that has travelled far and wide, had tales that warranted a significant investment, and stand out as the two more interesting characters that have ever visited a coffee shop in this alternate universe. Safe to say, the stories of everyone in Coffee Talk will reach a conclusion, whether that is satisfactory for you is a whole other matter.

Indonesian composer Andrew Jeremy’s soundtrack that accompanies each of your nights in Coffee Talk is also amazing. While the world’s troubles can be hard to digest sometimes, there is nothing better to soothe the soul than with the melodious and hypnotic tones of 20 over songs in the game.

The coffee making in Coffee Talk is not a walk in the park either. As a barista, you have to pay attention to what your patrons like and prefer, or sometimes, giving them what they need instead of what they want. Remembering recipes is made easy with a handy device that also works as a social media hub and music player, but you will have to discover the right mixture of three ingredients first.

The experimentation will see you mix up order of ingredients to create the best drink for the situation. A simple espresso will soon evolve into increasingly complicated drinks, like an STMJ (Susu/milk, Telor/egg, Madu/honey, Jahe/ginger). More ingredients get added as you progress through the days, adding even more options into your repertoire.

The artistic baristas can also try their hand at latte art, although it is more of a bonus than a requirement when catering to your customers.

Outside of the 3-4 hour story, there are also Endless and Challenge Modes for you to test your mettle in the caffeinated world. This provides the best way of discovering new recipes and drinks, and will be of big help if you are looking for a perfect playthrough of the story. Challenge Mode places the pressure of time and memory on even the best baristas, and is always a fun distraction.

Coffee Talk is most certainly not a game for everyone. Its execution may have been flawed in terms of not fully exploring ideas sometimes, but the journey it brings players on is a rewarding one.

The magnifying glass placed upon the relationships of people, realised splendidly through a coffee-making exercise, makes for a unique experience quite unlike any other. The writing and the characters go a long way in creating a memorable affair, and a true reflection of the comforts one can sometimes find in familiar surroundings.

Coffee Talk is now available on the PSN Store for US$13.99.

A refreshing exploration of relationships through the power of caffeine, Coffee Talk certainly walks the walk, and talk the talk. 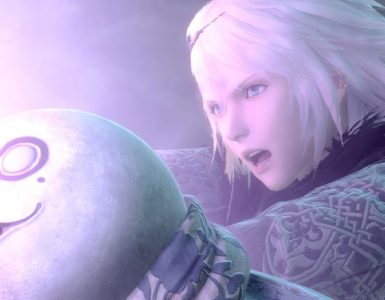