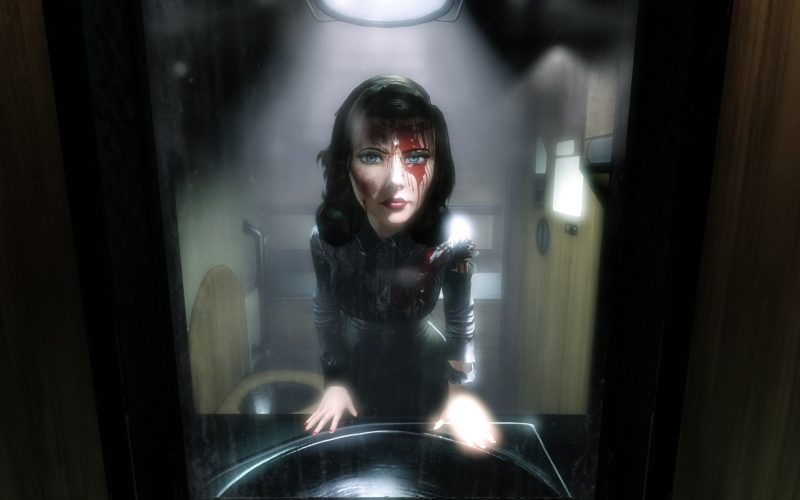 The release of Burial at Sea: Episode 2 marks the one year anniversary since the release of BioShock Infinite. The circle is now complete.

The wait for BioShock Infinite‘s final DLC (Burial at Sea: Episode 2) is finally over. Fans of the series have been wondering what it would be like to play as Elizabeth for the longest time since the announcement. Will you get to open tears and jump between universes? Sadly, you don’t. But there is a good reason for it, or so we are told.

One trend that I have noticed across all the BioShock Infinite series is how the story opens in a utopia setting. It was so beautiful, I spent close to half an hour just playing tourist and soaking in the atmosphere. It was nice to see that Irrational kept that trait of Elizabeth interacting with her surroundings – there were times you could hear her humming along to the melody of the song playing in the background. The little things that most players tend to miss are the treasures to those who are invested in the game.

The story picks up immediately where you left off in Episode 1. Upon returning back to Rapture, the nostalgia and darkness settle in pretty fast. At the beginning, you are almost certain that you could take on any foe that comes your way. You assume you are going to Booker your way through the level with guns blazing and throwing every conceivable vigor powers you have at them, but if you have not heard, Episode 2 is 90% stealth (just my estimate). They were not lying. The new gameplay takes awhile to get used to, but it is not so far off from the previous sequel that it would alienate the player. You will come across a new lock picking system, vigors and weapons that will put your skills to the test. Never have I been so calculative about my ammo usage nor cautious in an FPS game before. But it was also through these limitations that made me fully utilize my whole inventory (which is rare). Nothing goes to waste.

There was a sense of personal achievement whenever I managed to take down or sneak past a large group of mad men with the little I had. What took me by surprise was how even though I had to revisit majority of the levels in Burial at Sea: Episode 2 more than once, it did not seem repetitive at all because the layout of the levels allowed you to get to your destination in more than one way. And if you take the time to explore, you will find hidden gems that can aid you. The familiarity I had with revisiting each stage gave me the upper-hand over the enemies. And trust me, any advantage you can find, you take without question.

Needless to say that Courtnee Draper (voice of Elizabeth), Troy Baker (voice of Booker Dewitt) and the rest of the cast did a superb job in breathing life into the characters and immersing the player into their shoes. Especially Courtnee Draper, who delivered a range of emotions convincingly into a single character that fluctuated between the two extreme ends of the human emotional spectrum – on one end, an innocent and naive young lady and on the other, a murderer on the verge of losing her sanity while trying to make sense of things in the midst of self-doubt and disbelief.

Overall, this final DLC did not disappoint and even took me by surprise me at certain points. It was also a nice reunion to see all the key characters from the first BioShock and Infinite make a final appearance in the sequel.

From a filmmaker’s standpoint, I am just in awe of how Ken Levine was able to conceive and create a universe that could make sense of different narratives that connected a city that lay in the depths of the ocean to a floating city in the clouds, taking into consideration the complexity and laws of how multi-dimensional travel were weaved in-between them. Sure, there were loopholes in the story that people have pointed out and even questionable decisions made on the directions taken on certain characters like Daisy Fitzroy which made me cringe as well. But BioShock in reality can churn out infinite sequels with the same characters and it would still make sense, how many games out there can do the same? I could probably count them with my hand.

A tip to those who have yet to play the DLC, pay attention to the sights and sounds of the environment around you, for it is a character in itself and one worth getting to know.

Kudos to the team at Irrational Games and everyone else who were involved in creating the game. You will be missed.

Extremely pleasing on the eyes, Evil Genius 2 needs to make improvements elsewhere to see its plans for domination to fruition.