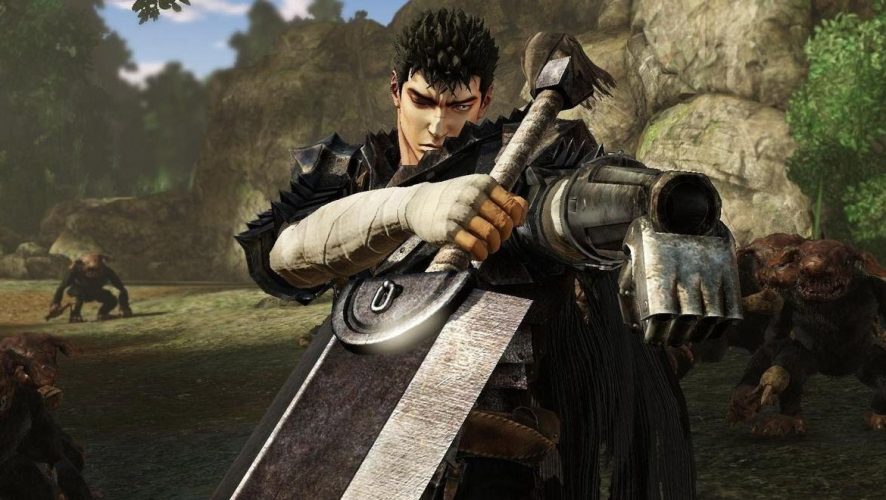 Geek Review: Berserk and The Band of the Hawk

Let’s get this out of the way – if you are not a fan of Dynasty Warriors’ musou-styled gameplay, and not a fan of the legendary manga series that is Berserk, you will do well to steer clear of this game.

Having not seen a video game iteration since 2004, you would think a dark fantasy property like Berserk is ripe to be adapted into a great gaming experience of action and role-playing. It is actually, but when developer Omega Force, the folks behind Dynasty Warriors, takes a go at it, you know that they are not going to do things differently, and will only do what it does best. Berserk and the Band of the Hawk is no masterpiece, but neither is it that bad to skip over entirely.

This game bears close resemblance to any Warriors game, albeit coated with spirits and sexual violence. You stand as a single warrior against thousands of cannon fodder, feeding the fantasy of crushing armies singlehandedly. Guts, Griffith, and several other characters can be unlocked in the battle against the Chuder, the Holy See Church, and those aforementioned spirits. 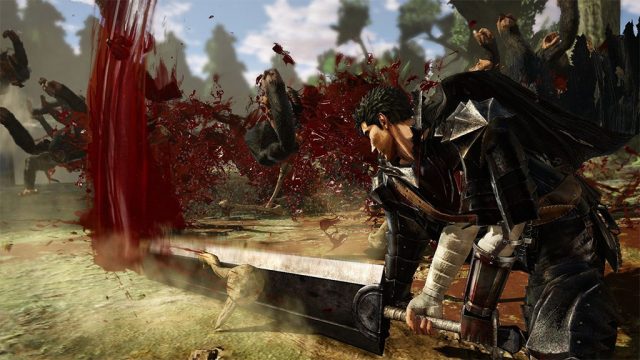 It is a faithful adaption of what is considered the Golden Age arc of Berserk’s story that continues onwards into Falcon of the Millennium Empire territory. Anime cutscenes are interwoven appropriately during gameplay sequences, and they are gorgeous to look at and enjoy. The detail and story development deserves some plaudits, but this quickly goes downhill once the Golden Age is over. Going from deep, story-driven moments during Guts’ time in the Hawk, to hastily constructed stages and plot points that gloss over story threads is a tough nut to swallow.

Killing is a big part of the game, and you will do plenty of that while filling the screen with the guts (hehe) and blood of your foes. Guts’ oversized sword is perfect for such a task, and a series of deep moveset of combos that makes you feel immensely powerful does not hurt the game either. Normal and strong attacks enable you to string together combos, and building up a special Ferocity meter. Triggering Ferocity makes you temporarily godlike, and this can be charged up to five times, with each subsequent charge making your character stronger.

A secondary meter that fills up during Ferocity will unleash a screen-clearing finishing move, and if you time it correctly, will grant you another finishing move if you decimate enough fools. 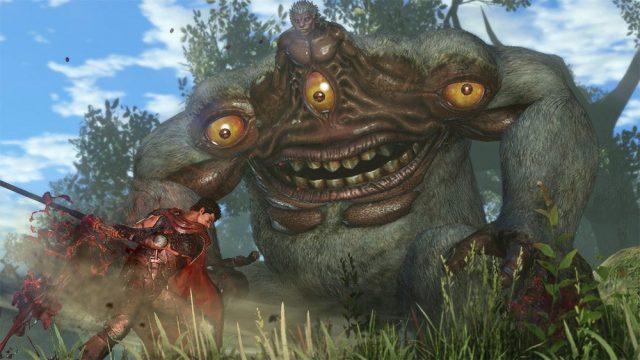 It sucks then, that when you are facing enemy officers, they can easily shrug off your attacks and make you look like any old peon. So much for a legendary swordsman huh? While difficulty is hardly associated with such games, I found that making enemy officers so resistant to staggers and attacks left a bad taste in my mouth.

A small cast of characters have been adapted for this game, with each feeling unique and true to their manga roots. Griffith is lightning quick and graceful, skewering enemies with his rapier. Nosferatu Zodd is pure strength and brute force, and is even more scary when triggering Ferocity. Casca, Judeau, Serpico, Shierke, and Wyald round up the remaining character options. Players get to earn experience and level up their characters, together with accessories to improve their various stats. Players can buy and sell them, or merge them to increase their bonuses, adding a much needed strategic layer to an otherwise routinely formulaic title. 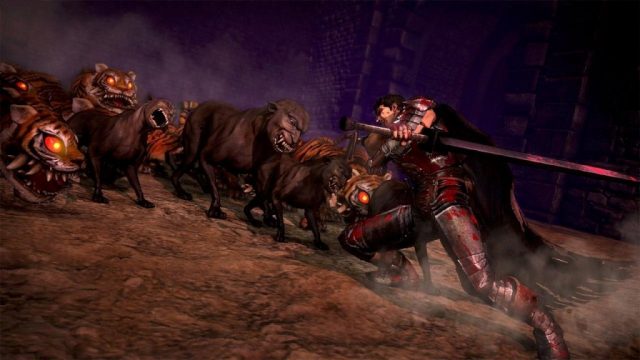 Endless Eclipse mode is for those who want more blood, but have no patience for the story. It is a quirky experience, with admittedly light rogue-like elements thrown into the mix. Earn different rewards while fighting, to achieve changing objectives every five floors in this mode. It is an engaging mode for those looking for a good challenge, and objectives are tailored to whichever character players are using, which is always a good thing. The appearances of several side characters, like Bazuso, help in refreshing the experience of the game.

Berserk and the Band of the Hawk is a decent looking murder simulator. Story mode does great at the beginning but falls apart rapidly near the endgame, and gameplay can be boring for those of you who are not fans of button mashing, and seeing the same thing over and over again. It is great for the temporary hack-and-slash experience, and more so if you are a fan of the property. But otherwise, stick to your gut feeling and steer clear of this one.

The guts of Berserk and the Band of the Hawk are shallow at best. If you are not a fan, you should not be playing this game.