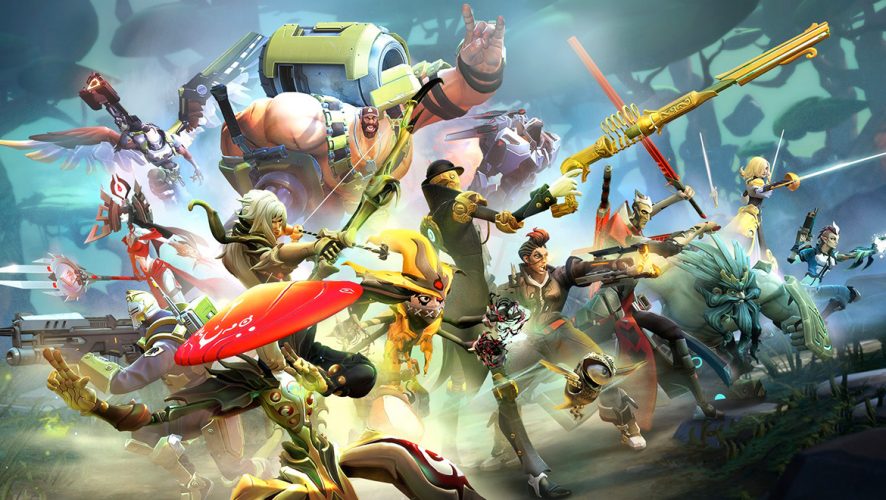 Battleborn is a curious animal. The zaniness and gorgeous cartoony stylings of the characters are definitely up to par and what I expected from the studio behind the Borderlands series. And the shooting mechanics are certainly up to snuff. But unlike my time with Gearbox’s previous shooters, Battleborn lures me in, but also frustrates me equally.

The two dozen characters that players can choose from are great to look at, and the depth and different complexity to their skills are definitely boons for gamers looking to sink their hooks into developing their go-to hero. Ranging from simple to use to more advanced characters, there is a learning curve for players to ease into the systems of Battleborn.

From the straightforward soldier Oscar Mike, more advanced heroes like the floating Kleese, to the infinitely more complex ice golem Kelvin, each hero manages to stand on their own. Do you prefer shooting people in the face? Get Oscar Mike. Want to get up close and personal and slice your foes to pieces? Choose the human-demon hybrid known as Shayne and Aurox. And if you want to tank it up, suit up as the gargantuan Montana, with his minigun.

The hook of choosing new characters is further reinforced as each time you begin each excursion, it is at base level one and you choose upgrades as you level up on the fly, like a standard MOBA. This allows for a variety of playstyles, as well as learning of the character that will keep audiences invested. While your choice of augments , or perks that affect your abilities when you level up, may not be as significant when you are playing alone, Battleborn features both a single-player/co-op campaign and a multiplayer component, and this is when the synergy between your heroes and the augments become way more important. The MOBA elements of combining the right augments and utilising said skills at the correct time become more integral if you are tackling harder objectives or in multiplayer mode.

This is one thing Battleborn does really well. For example, Oscar Mike can function both as a frontline soldier or a sniper, depending on your needs. Need a tank that can revive you? Montana’s your man, but having to choose the augment of whether his health regenerates faster when his minigun is heating up or cooling down makes for a creative conundrum. This extra strategic layer makes team composition and augment choice more than just an afterthought. Bring a team of melee characters and no healers, and you are in for a bad time.

Whether solo-ing the campaign or fighting alongside friends, the seven to eight hours I spent was a mixed bag. With eight stages to clear, the levels are mostly repetitive enemy-filled arenas with a little sprinkling of significant moments. That said, the various bosses you will encounter during these stages are some of the more creative foes you will meet. From rogue AIs, self-cloning soldiers to giant jumping mech spiders with split personalities, the bosses are more likely to keep you on your toes and fight more cautiously.

There is also a little resource management aspect to the campaign, where shards you pick up can be spent on constructing bots and automated turrets during fights or defense sequences. 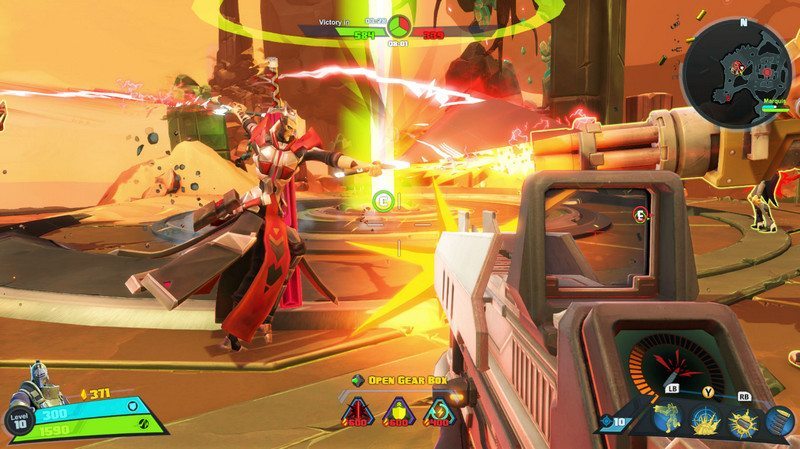 Completing missions not only award you with experience that contribute to your character rank, but also an overall command rank, and of course, loot. This is a Gearbox game after all, and new gear will drop in between missions or be purchased. They provide stat bonuses and certain special effects, but their utility stops there, which is frankly disappointing.

Battleborn’s missions can be tackled alone, but while the early stages are definitely manageable, the latter half of the campaign certainly tested me to my limits, and some heroes are definitely not for solo play. Remember that when choosing your hero, especially with limited lives to spare. Trying to play alone with a hero like Miko, who is a healer, only spells disaster, or choosing a melee-focused hero like Rath and finding your target to be a flying drone. Basically, the game could certainly do with some warning and balancing. 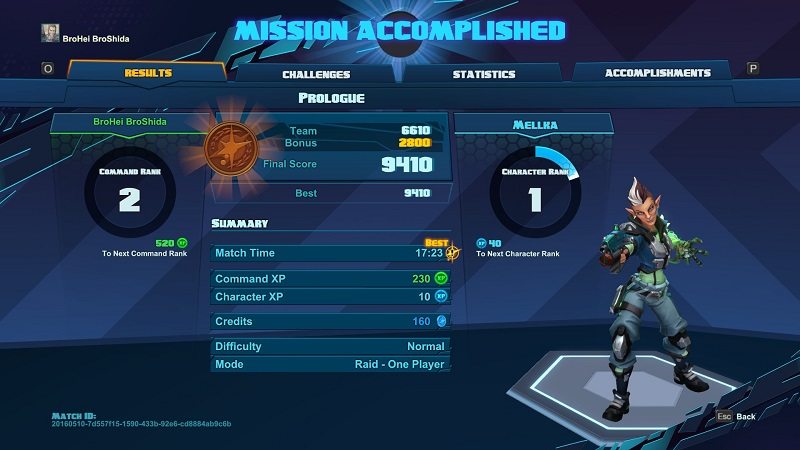 The story itself is not spectacular either, as players assume the role of the Commander of the Battleborn, an uneasy alliance of intergalactic heroes from five different factions who now has to face a mysterious enemy hell bent on destroying the universe. The premise is pretty standard hero stuff, but it was hard to take the story seriously when instead of urgency, everyone around you just jokes and give smart remarks.. While I certainly appreciate Gearbox’s humour, it is a case of less is more. For better or for worse, Battleborn comes up short when it undoubtedly draw comparison with its more established cousin, the Borderlands series, in terms of injecting the right amount of humour and seriousness in the lore.

The saving grace for Battleborn is the PvP modes. Capture will be familiar to shooter fans, a domination-like mode where action and conflict is definitely on the table. Incursion takes it inspiration from the campaign, sans the tedious parts, as teams attempt to take out each other’s mechs in hostile territory. Meltdown is where the MOBA influence is the heaviest, where teams fight to escort their minions towards an incinerator centered on the map. The difficulty spikes as you gain more points, with the incinerator moving closer to your enemy’s base. 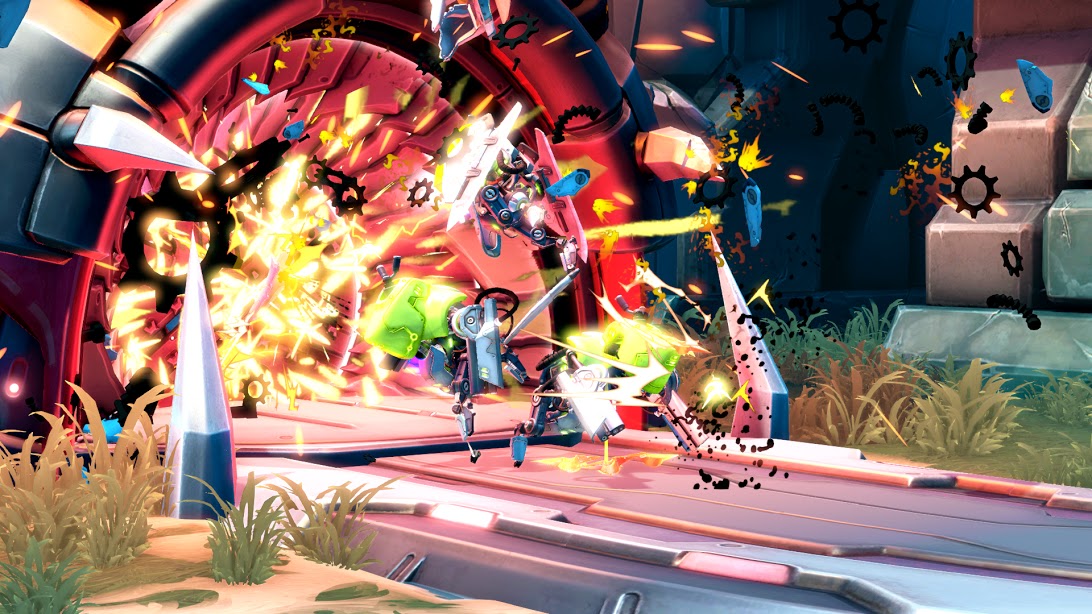 While commendable, the first-person nature of Battleborn works against it, with too much action making the monitoring of the battlefield a herculean task, in addition to your health, levels and the like. Thankfully, while the number of maps/modes are low, they are available from the start, allowing players to jump straight in. Strangely, there are no Team Deathmatch or Free-For-All mode for what is ostensibly a first-person shooter.

Another sticking point is the progression system in place for unlocking heroes. If you are trying to complete the roster, get ready to invest hours and hours into both the singleplayer and multiplayer components of the game. Seven heroes will be available once you complete the Prologue, and the campaign will net you four more heroes, with the rest locked behind multiplayer and level gates. 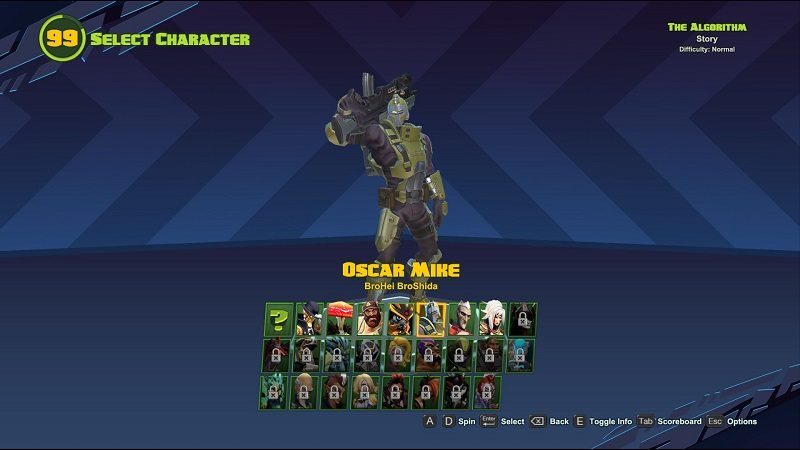 The diverse cast of characters assembled in Battleborn is great, and trying to master each and every unique aspects of the heroes definitely made for an enjoyable experience. Sadly, the lacklustre story, stages and a protracted unlocking system brings Battleborn down in more ways than one. I would recommend Gearbox’s latest for fans who have a team ready to tackle the game together and keep each other motivated throughout the process, but if you are flying solo, Battleborn still has some ways to grow.

Gearbox’s latest flatters to deceive. Beneath its wonderful art direction and potentially game-changing mixture of genres, Battleborn is let down by its hollow core and strange mechanics. Unless you are really interested in the characters and mastering them, Battleborn is not for you.